Another week of extremely important advances that do not make for particularly exciting news reporting.  That, however, is one of the problems with reporting about what a think tank does . . . which is, primarily, thinking.  And there just aren’t too many ways to say people did a lot of thinking (and talking about thinking).  So what else has been going on?
• CESJ has submitted an application for the annual R. Buckminster Fuller Challenge.  Many people are not aware that Fuller and Louis Kelso were good friends.  So why didn’t Fuller latch on to the potential of Kelso’s advanced financing innovations that paralleled his own breakthroughs?  Well, if you were Fuller, wouldn’t you have enough going on with your own ideas to worry about, and be tempted to leave the practical details — such as coming up with the money to finance them — to somebody else?  Now, of course, the obvious thing to do is to put the ideas together and start making the world work better for everyone, not sit around wondering why nobody has done it yet.
• There has been a lot of noise circulating about the basic income plan.  It sounds very nice to say that everyone should have enough to live on as a fundamental human right.  The problem is, however, that people who produce what others consume without getting anything in return tend to get resentful.  This sets up an “us v. them” mentality, and demands that all those people not working be punished or eliminated.  As Abraham Lincoln noted in his debates with Stephen Douglas, it’s against nature for some to work and others to benefit: “It is the eternal struggle between these two principles — right and wrong — throughout the world. They are the two principles that have stood face to face from the beginning of time; and will ever continue to struggle. The one is the common right of humanity, and the other the divine right of kings. It is the same principle in whatever shape it develops itself. It is the same spirit that says, ‘You toil and work and earn bread, and I'll eat it.’ No matter in what shape it comes, whether from the mouth of a king who seeks to bestride the people of his own nation and live by the fruit of their labor, or from one race of men as an apology for enslaving another race, it is the same tyrannical principle.”  As the first principle of economics and Say’s Law of Markets make clear, no one can consume what has not been produced . . . and anyone who consumes without producing can only get it from those who produce.
• The manuscript for Ten Battles That Every Catholic Should Know (the word “Catholic” is the publisher’s addition; the book is more catholic than Catholic) is almost completed and ready for submission.  A sub-theme throughout the book is the importance of widespread capital ownership as the foundation of a sound economy, a pillar of national security, and as a strong deterrent to war itself.  As it notes in the draft introduction, all wars are in a sense economic, just as they are all, in a sense, religious.  Nor is Ten Battles a simple military history, but an actual story that happens to be completely factual.  Each battle is introduced in a way that gives its context and ties it into the overall “plot,” and “historical footnotes” — sidebars — are included to give the reader perspective.  PBS or EWTN might even find it useful as something around which to create a more than usually entertaining miniseries (hint). 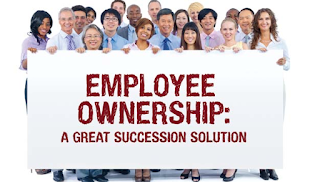 • Brian Corbin of Catholic Charities, U.S.A., sent us the link to an article that everyone should find fascinating, “Employee-Owned Businesses Can Boost Local Economies.”  Now, we’ve been saying these things for years, but it is very heartening to see a quote like, “Putting business interests directly in the hands of the people doing the work radically democratizes economic decision-making and ultimately benefits not only the employees but also communities and the American people as a whole.”  The only flaw with the article was that it focused only on cooperatives, not mentioning the ESOP, especially the JBM S-Corp ESOP that emphasizes human dignity as well as economic benefits (check out the website for Equity Expansion International, Inc.).
• Here’s the usual announcement about the Amazon Smile program, albeit moved to the bottom of the page so you don’t get tired of seeing it.  To participate in the Amazon Smile program for CESJ, go to https://smile.amazon.com/.  Next, sign in to your account.  (If you don’t have an account with Amazon, you can create one by clicking on the tiny little link below the “Sign in using our secure server” button.)  Once you have signed into your account, you need to select CESJ as your charity — and you have to be careful to do it exactly this way: in the space provided for “Or select your own charitable organization” type “Center for Economic and Social Justice Arlington.”  If you type anything else, you will either get no results or more than you want to sift through.  Once you’ve typed (or copied and pasted) “Center for Economic and Social Justice Arlington” into the space provided, hit “Select” — and you will be taken to the Amazon shopping site, all ready to go.
• We have had visitors from 40 different countries and 47 states and provinces in the United States and Canada to this blog over the past week. Most visitors are from the United States, Canada, Australia, South Africa, and the United Kingdom. The most popular postings this past week in descending order were “Book Review: A Field Guide for Heroes,” “4. Is Distributism a Parody of Christianity?” Thomas Hobbes on Private Property,”  “3. Is Distributism a Parody of Christianity?” and “Max Weismann, 1936-2017.”
Those are the happenings for this week, at least those that we know about.  If you have an accomplishment that you think should be listed, send us a note about it at mgreaney [at] cesj [dot] org, and we’ll see that it gets into the next “issue.”  If you have a short (250-400 word) comment on a specific posting, please enter your comments in the blog — do not send them to us to post for you.  All comments are moderated, so we’ll see it before it goes up.
#30#
Posted by Michael D. Greaney at 1:03 PM