Last Thursday’s Wall Street Journal carried a short piece by Timothy Michael Cardinal Dolan on public funding of private schools.  (“How Trump Can Expand School Choice,” WSJ, 03/09/17, A19.)  His Eminence’s idea is that parents should receive tax credits that will enable them to send their children to the schools of their choice.  Unfortunately, while the Cardinal Archbishop of New York’s intentions are good, this is a very bad idea.

Do not get us wrong.  We are all in favor of school choice, and some viable financial method to make that choice meaningful and effective.  It’s just that using the tax system to achieve the desired end is a really bad idea.
Primarily, it’s an egregious misuse of the tax system.  The tax system is there to raise money to run government.  That is all.  In extreme cases of need that endanger the common good, a limited amount of redistribution can be justified, but that is an expedient to keep society from dissolving in chaos, not a prescription for how society is ordinarily to be run.  (Cf. Rerum Novarum, § 22.)
Then, it assumes that parents actually have income on which tax is due that can be reduced by a credit.  A tax credit, after all, is not a tax deduction.  It is a dollar-for-dollar reduction in the tax liability.  If someone doesn’t owe taxes in the first place, a tax credit is worthless.  Poor parents don’t pay enough in taxes — if they pay taxes — to make a difference in the cost of private school tuition and fees.  Paradoxically, the major benefit in a tax credit program would go to parents who already have enough money to send their children to private schools and whose tax liability is large enough for a tax credit to make a difference.
(A voucher system is somewhat better, but still has the downside that if it doesn’t cover the entire cost of education, those most in need of it cannot take advantage of it.)
The only real way to ensure parental choice in education is to focus on an effective means to increase people’s income to the point where they can afford to send their children to the schools of their choice.  Anything else relies too much on the State, and it is the government’s virtual monopoly on education that Cardinal Dolan is protesting — as well he should.
And increasing people’s income requires an integrated package of institutional reforms in the monetary, tax, and, yes, educational systems (and the healthcare system, too).  Leave one out, and things may improve for a while, but the improvements will not be sustainable.
Since they must all go together, we’ll give them briefly in no particular order:
1. The Tax System.  The simplest and most just tax is a direct tax on income.  Ultimately, of course, all taxes are “income taxes” — what else do you pay taxes with?  What we propose is a single rate tax on all income (and we do mean all income) above an exempted amount sufficient to meet family needs adequately.  Our semi-educated and extremely crude estimates suggest that an exemption of $30,000 per non-dependent, one of $20,000 per dependent, a rate of around 45% over that amount, and a tax deferral on all income used to purchase income-generating capital until someone’s capital accumulation reaches $1 million.  All other personal deductions, exemptions, credits, deferrals, etc., etc., etc. would be eliminated.  Families would be permitted to aggregate exemptions, so that the “typical” family of four would pay no taxes of any kind until total aggregate income exceeded $100,000. 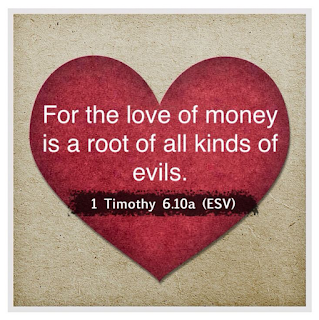 2. The Money System.  Right now the global financial system is geared toward financing government without recourse to taxation, and helping the rich get richer.  Obviously, the first thing to do is to stop governments turning their debt into money.  It’s basically counterfeiting, since they are making promises that other people have to keep.  The second thing to do is to make certain that everybody has equal access and opportunity to participate in money creation to purchase capital that pays for itself, and thereafter provide income for consumption.  This is the “secret” of how the rich became rich: they figured out a way to buy capital that pays for itself.  We think this is such a good thing that we want everybody to use the same technique.  Today we just need to mention that this is possible, for the details tend to get complex, even though the basic idea is very simple.
3. The Education System.  Today the educational system is, by and large, geared toward one thing: training people to get a job.  And jobs are disappearing.  We want schools to return to giving people the tools with which to think and teaching them how to think, live, and grow in virtue (at least in the Aristotelian sense).  And how do we pay for that?  And how do we get Academia away from the creaking mantra of “Jobs-jobs-jobs”?  By reforming the tax and monetary systems to make it possible for people to support themselves without having a job-job-job. . . .
So His Eminence Cardinal Dolan has the right target: education.  He just needs to aim a little better, use the right means to achieve the end, and do so in a way that best respects human dignity and sovereignty.
#30#
Posted by Michael D. Greaney at 6:00 AM