Your Brand: It’s Your Everything

Guest Blogger: William R. Mansfield, Founder, Mansfield Institute for Public Policy and Social Change, Inc.
According to the quintessential entertainer, P.T. Barnum, founder of “the Greatest Show on Earth” and other modest productions, you could fool all of the people all of the time . . . but only with their full and willing consent.  Many people are, in fact, surprised to learn that “America’s Showman” was not only a model of personal rectitude, always keeping his word, but insisted on strict honesty in all business dealings.

Even when legally released from the obligation to repay creditors — following a bankruptcy that resulted from the dishonesty of his partners — he made certain every cent was paid back.  People paid him to be fooled, they did not pay him to be a thief.
In modern parlance, P.T. Barnum had a good “brand.”  When you went to a Barnum show or visited the Barnum Museum, you got what you paid for.  If you were deceived, it was honest deceit.  No one said you really had to believe that was a genuine South Sea mermaid, or that Jumbo was the biggest elephant that ever lived.
On the other hand, if P.T. Barnum owed you five dollars, you could bank on the fact that he would pay you five dollars — if he had it.  If he didn’t have it, he had proved several times over that he would not rest until he did, and he had handed it over to you, payment in full, with interest. 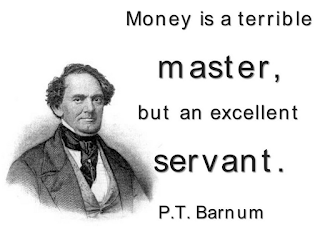 As Barnum well knew, nothing is more important than your brand.  Ultimately, your brand is what defines you, regardless of the work you do.  You don’t have to be a great entertainer or even a celebrity, but you do have to be a “mensch” — a man or grown-up adult who accepts responsibility for what he is and what he does. 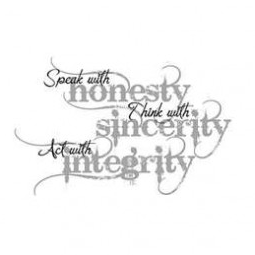 It doesn’t matter whether you are a faceless employee of a worldwide corporation or a one-person business working off your kitchen table out of your home.  It should be your top priority to build, protect, and represent your brand to the best of your ability in every interaction you have with others.  The essence of building a strong brand is simply this: keeping your promises and creating great experiences for others.
When you are in business, in a sense you have as many brands as you have customers and people who have an impression of you.  If those impressions are bad, or if you don’t keep your promises, then your brand is weak.  You might not even realize what you’re doing to weaken your brand — your character and reputation in business — when you:
·      Transfer a customer four times to different departments and she never has her problem solved.
·      Charge a customer extra for something they thought was included in the original price.
·      Replace a defective product but no one apologizes to the customer for his trouble.
·      Put a telephone customer on hold for over a minute.
·      Have a website that is confusing and hard to navigate.
·      Fail to greet by name a repeat customer of many years who comes into your store.
Trivial?  Perhaps, but these are the sorts of things that add up. 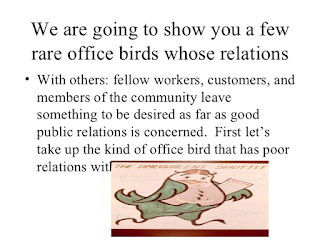 What surprises many people, however, is that, while your individual brand is important, it pales to insignificance in comparison with your social or institutional brand — how people view your organization or company.  As the saying goes, “Birds of a feather flock together.”  If you are associated with a group that has a bad brand or reputation, people are just going to assume that you either buy in to the bad principles of that group completely, or are too weak or lazy to fight free of it or reform it.
The fact is, human beings are what Aristotle called “political animals.”  That is, we are a possibly unique combination in the universe of individual and social creature.  We are each of us his or her own person, of course, absolutely unique, but we are also members of society, and bound by the same rules as everyone else, no matter how special we may be . . . or think we are.
That means we must not only be personally individually virtuous ourselves — maintain a good brand individually — we must also see to it that our institutions are socially virtuous: maintain a good brand socially.  In other words, we as individuals must do what is best for ourselves . . . but it must always be within the context of what is also best for other individuals, groups, and society at large.
That’s a pretty tall order.  How do we do it?
First, by making sure we are personally oriented toward what the ancient philosophers called “virtue” — human-ness, being a mensch.  That’s at the individual level.
At the social level, we must ensure as far as we can that our institutions are justly structured so as to encourage individual virtue.  If something in the structuring of our institutions offends against human dignity or inhibits the sovereignty of the individual in a way not required by the demands of the common good, then we have a responsibility.  That is to organize with others and reform our institutions so that they no longer interfere with personal virtue, and promote a positive brand for the organization.
Thus, while nothing can really replace personal responsibility in such matters, there are a few things that every institution must do if it is to fulfill the role for which it was designed:
·      It should have a clearly defined mission statement.  If you don’t know why the organization exists, why does the organization exist?
·      It should have a clear vision statement.  If you don’t know where are you going, how do you know where you are going?
·      There should be a set of core values that define that specific institution.  If you don’t know what the institution is, how do you know what it is?
·      There should be a code of ethics.  If you don’t know how people are supposed to behave, don’t be surprised if they behave badly.
Is that all that’s necessary?  Of course not.  No institution or organization is ever perfect.  The people within the organization must keep constant watch to ensure that not only they, but the institution itself stays on course, and be prepared at all times to organize to repair whatever goes wrong so everyone can get back to the important task of carrying out the mission of the organization.
#30#
Posted by Michael D. Greaney at 9:30 AM