Leading with Excellence in a Changing World

Guest Blogger: William R. Mansfield, Founder, Mansfield Institute for Public Policy and Social Change, Inc.
What is changing in the world?  Is it people?  Or is it the “tools” — including our “social tools” — that people have invented to meet every level of human needs?  People’s needs range from survival and security needs, to social and political needs, and from individual personal needs, to the highest level of human development.  Changes in these “tools” are having a profound impact on everyone’s daily life.
As a graphic example, take the effect of advancing technology.  As machines take over more and more of the burden of production, it becomes harder and harder to find a job, any job, regardless how qualified you might be.
What happened at the start of the Industrial Revolution two centuries ago is nothing to what is happening today.  Then, being replaced by a machine just meant finding another, lower-paying job.  Now it means not having a job, period.
As Louis Kelso pointed out more than half a century ago, however, if a machine takes away a worker’s job, why can’t the worker buy the machine and let it work for him or her?  As an owner, the (former) worker would receive the profits from the work the machine does.
And if the changes in productive tools have wreaked such havoc, what about the changes in social tools, especially society’s only legitimate monopoly, the State?  Governments that were instituted to “form a more perfect union [and] establish justice” are more concerned with controlling people.
Governments do this by manipulating the money, tax, and education systems to try and meet people’s needs directly.  What they should be doing is maintaining the institutional environment within which people can meet their own needs through their own efforts by becoming productive through their labor as well as their capital, especially when they can’t find a meaningful job.
Given, then, the seismic technological, social, political, and economic changes in the 21st Century that are reshaping industries and decimating workforces, how can leaders build effective, adaptable, “Just Third Way” organizations that continually strive for “excellence” in an ownership culture away from the prevalent wage-slave system?
This has become an increasingly frustrating challenge for today’s leadership. Driven to generate quarterly profits, with the horizon of strategic plans rushing ever closer, business leaders end up basing their decision-making on guesswork and snap judgments. There’s never enough time to develop talent, long-range strategy, or succession plans.
If they are to lead with excellence to achieve the long-term success of the company, leaders today will need to start thinking in new ways to address the new things of the modern world. To paraphrase slightly, they need to acknowledge that, “No leader is an island,” but works with others and with the system to achieve results in which everyone participates.
We’re not going to look at changes in our institutions today, however.  What we’re going to look at is how to deal with changes in our institutions most effectively, so as to achieve excellence in a world that seems so far from achieving it.
Within the framework of the Just Third Way, we find the most effective means of dealing with change in the three principles of economic justice.
Economic justice is a subset of social justice. It encompasses the moral principles that guide people in creating, maintaining and perfecting economic institutions. These institutions determine how each person earns a living, enters into contracts, exchanges goods and services with others and otherwise produces an independent material foundation for economic subsistence.
The ultimate purpose of economic justice is to free each person economically to develop to the full extent of his or her potential, enabling that person to engage in the unlimited work beyond economics, the work of the mind and the spirit done for its own intrinsic value and satisfaction.
The triad of interdependent principles of economic justice that serve as the moral basis of binary economics is:


·      Participative Justice (the input principle),
·      Distributive Justice (the out-take principle), and
·      Social Justice (the feedback and corrective principle).
Social justice, the third principle, as it pertains here to economic systems, encompasses and operates at all levels, from the macro-level of a global economy, to the micro-level of every institution and enterprise, and every member within them.
Social Justice places a personal responsibility on every individual to organize with others to correct their economic institutions when there is a barrier to, or violation of, participative justice or distributive justice.  This is true for every worker inside a company, of course, but even more so in the “greater world” outside at every level of politics and key institutions at the local, regional, national, and international level. 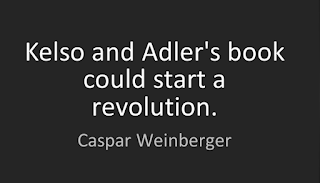 In their book, The Capitalist Manifesto, Louis Kelso and Mortimer Adler referred to the feedback principle as the “principle of limitation” (or “anti-monopoly” or “anti-greed” principle). This refers to the limitation on the exercise of a person’s property, such that one’s property may not be used to harm the person or property of another, violate participative or distributive justice, or harm the general welfare. “Social justice” exists when participative and distributive justice work fully for every person within a free and just marketplace.
Most companies these days, however, are not keeping up with the times.  They are structured in ways that do not allow for positive change to conform the institution to the principles of economic justice.  Instead, the ownership, management and governance structures and policies are designed to keep ownership and control in the hands of a very few people . . . even when the company is technically broadly owned!
Outside the individual company, things are even worse.  The money and tax systems of all countries are designed to keep ownership and control in the hands of a few. Is it any wonder that most leaders will never be able to deal with change in an effective or just manner?  How, then, can they possibly lead with excellence in today’s changing world?

Within the framework of the Just Third Way, however, today’s rising generation of business leaders need not follow a path that should have been abandoned long ago: the wage system that produces conflict, waste and inefficiency.  They can have a just, third way philosophy that will produce cooperation, conservation and efficiency.
New leaders can begin adopting and teaching as cornerstones of their business success a justice-based leadership philosophy consistent with the principles of economic justice that values ownership, participation, development and empowerment of all team members.  With their team, they can start building and perfecting justice-based management and governance structures — linking every member to the rewards and risks, rights and responsibilities of being a real owner.
Economic justice need not stop within the walls of a business.  Restructuring our basic economic and social institutions according to universal principles of justice, and spreading ownership opportunities and power to every member of the human family, are essential if we are ever to achieve global peace and prosperity. Those universal values will be the keys to leading with excellence in a changing world.
#30#
Posted by Michael D. Greaney at 10:11 AM