Despite a sudden cold snap, a “DC Blizzard” (i.e., a quarter inch of snow or the threat thereof), and a semi-lost day of work, things have been “heating up” at the Just Third Way.  A great deal of it has been in the form of meetings and conversations, which are very hard to report, but it’s obvious that things are starting to move:


• On the heels of Pope Francis’s remarks in his General Audience on Wednesday, March 15, 2017 regarding the evil of laying off workers just to enhance profitability (the qualifier was dropped or ignored in all the furor and frenzy), CESJ has been invited to submit a short article on solving unemployment to a major European newspaper.  Our take will be that turning workers into owners not only results in greater job security, but also creates new jobs and increases overall wealth to the benefit of everyone.  Laying off worker-owners harms both the workers and the company in the long-term, greatly reducing the temptation to enhance profits in the short term.

• William Mansfield II of the Mansfield Institute was in DC for a couple of days this week.  He set up a great many meetings for the CESJ core group as well as opened doors for Equity Expansion International, Inc., the “Investment Banking Firm for the 99%” in which a number of CESJ members have an interest, particularly since EEI was established to implement the Just Third Way as far as current law allows, and to assist countries in designing systems to implement and sustain the Just Third Way. 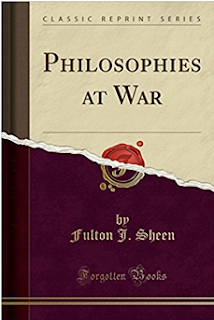 • A great deal of interest has been expressed in the prospect of turning the recent Justice University course/blog series, “Philosophies at War,” into a book.  Evidently the subject — the extent to which socialism and “New Age” (which is actually pretty old) thought have infiltrated modern civilization struck a nerve.
• Dr. Norman Bailey, currently teaching in Israel, sent Dr. Norman Kurland, president of CESJ, a copy of David Smick’s recently published The Great Equalizer (2017).  Smick in part proposes that every child be given a capital stake when born.  Kurland had a conversation with Smick, and reported that Smick sounded open to the Just Third Way.
• Here’s the usual announcement about the Amazon Smile program, albeit moved to the bottom of the page so you don’t get tired of seeing it.  To participate in the Amazon Smile program for CESJ, go to https://smile.amazon.com/.  Next, sign in to your account.  (If you don’t have an account with Amazon, you can create one by clicking on the tiny little link below the “Sign in using our secure server” button.)  Once you have signed into your account, you need to select CESJ as your charity — and you have to be careful to do it exactly this way: in the space provided for “Or select your own charitable organization” type “Center for Economic and Social Justice Arlington.”  If you type anything else, you will either get no results or more than you want to sift through.  Once you’ve typed (or copied and pasted) “Center for Economic and Social Justice Arlington” into the space provided, hit “Select” — and you will be taken to the Amazon shopping site, all ready to go.
• We have had visitors from 34 different countries and 45 states and provinces in the United States and Canada to this blog over the past week (Google “improved” their analytics, making it impossible to see trends longer than a week instead of the previous two months). Most visitors are from the United States, Canada, Australia, the United Kingdom, and Poland. The most popular postings this past week in descending order were “Cardinal Dolan’s Mistake,” “Effective Communication and Conflict Resolution,” “Thomas Hobbes on Private Property,” “The Millennial Workplace,” and “The Purpose of Production.”
Those are the happenings for this week, at least those that we know about.  If you have an accomplishment that you think should be listed, send us a note about it at mgreaney [at] cesj [dot] org, and we’ll see that it gets into the next “issue.”  If you have a short (250-400 word) comment on a specific posting, please enter your comments in the blog — do not send them to us to post for you.  All comments are moderated, so we’ll see it before it goes up.
#30#
Posted by Michael D. Greaney at 12:35 PM