4. Is Distributism a Parody of Christianity?

As we conclude this brief series examining “The ABC’s of Catholic Economics,” it becomes evident why Chesterton was so adamant that, while the principles of science, politics, and religion must be compatible with each other and consistent with reality, they cannot be combined or mixed without disaster. 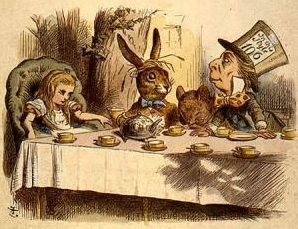 All truth is true, but that doesn’t mean that, e.g., the truth that 2 + 2 = 4 is the same truth as mixing yellow and blue gives you green.  There is no contradiction between the two truths, and each is equally true . . . but they aren’t the same truth, and the fact that 2 + 2 = 4 does not disprove the fact that mixing yellow and blue gives you green.  Neither does it mean that 2 + 2 = green, or mixing yellow and blue gives you four.
Yet people who insist on mixing science and religion often end up making statements and drawing conclusions that are equally nonsensical — which is why Chesterton reminded people that you can’t prove the truths or science by those of religion, or vice versa, and the only sure guarantee against making this fundamental mistake is to keep first principles firmly in mind at all times.
So to reiterate and conclude our discussion of “The ABC’s of Catholic Economics” we restate the definition of distributism and the first principle of Catholic social doctrine:
Distributism: a loose theory of socio-economics based on the natural law assumption that it is better to be an owner than not to own, with a preference for small, family owned farms and artisan businesses and enterprises.  When enterprises must be large, workers should own the company through equity shares, presumably that carry the vote and pay dividends.
First Principle of Catholic Social Doctrine: Everything in human society, including any program of social betterment, must be subject to the precepts of the natural law.
*          *          * 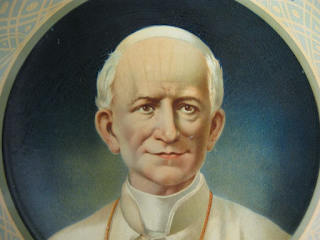 Keeping in mind that definition and that principle, we can conclude our commentary and answer the question whether distributism is a parody of Christianity:
R is for Rerum Novarum, the encyclical issued on May 15, 1891 by Pope Leo XIII. Rerum sought to address the shocking injustices of modernity by condemning usury, finance capitalism, and socialism. Rerum emphasized the dignity of labor and the rights and responsibilities of workers.
Commentary:
No.  As explained above, Rerum Novarum addressed the problems created by liberalism and socialism, specifically the “new things” of New Christianity and Neo-Catholicism that subordinate all things, including the natural law, to whatever goal is sought (usually the betterment of human society; “the end justifies the means”).  The response to all of these is widespread capital ownership as the primary means of empowering ordinary people to resist the intrusion of the State.
S is for Sheen, Fulton, the man known to so many as “America’s Bishop.” Archbishop Sheen inspired many to convert to the Catholic faith, and provided decades of books and lectures on the evils of atheism, socialism, and usury.
Commentary: 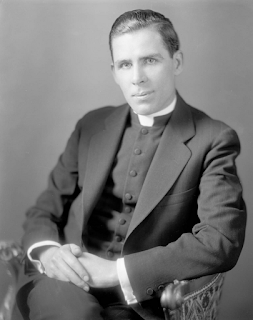 No.  While what is said is true, it gives the wrong impression of Sheen’s work and primary focus throughout his career: taking Collective Man out of the spotlight and putting God back at the center.  This was the point of his first two books, God and Intelligence in Modern Philosophy (1925) and Religion Without God (1928) and provided a constant theme in all his work.  By subordinating everything, including the natural law, to the demand for social betterment, liberals and socialists have turned the order of things on its head.  Collective Man, not God, is at the center.
T is for Tolkien, John Ronald Reuel (J.R.R. Tolkien), the famed author of The Lord of the Rings and The Hobbit. Although Tolkien never understood his works to be allegories of the Gospels, nevertheless his close friendship with C.S. Lewis, G.K. Chesterton, and other Distributist authors inspired Tolkien’s vision of the ideal Distributist community: the Shire.
Commentary:
This is opinion.  No comment.
U is for Unity, a key teaching of the Church. For there to be peace, there must exist a state of harmony and shared purpose between clans, classes, and communities. The family (the clan) is the first and most important of these, then the economic groups (the classes), and then the political organization (the communities).
Commentary: 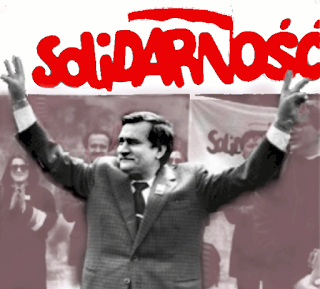