Some Basic Thoughts on Income

There has been quite a bit of discussion about the idea that everyone is entitled to a basic income just for existing.  Even the Wall Street Journal recently reviewed a book, Basic Income, by Philippe Van Parijs and Yannick Vanderborght, making it sound as if such redistribution was the solution to the growing wealth and income gap.
Not quite.
Yes, it sounds very nice to say that everyone should have enough to live on as a fundamental human right.  This is the idea behind Major Douglas’s “social credit,” a spin-off from Fabian socialism.  Douglas split from the Fabians over the issue of a basic income, in fact.
The Fabian line was that everybody should work at a wage system job for income . . . a proposal that caused Hilaire Belloc to write The Servile State in 1912.  It was also the goad that caused Belloc and G.K. Chesterton to develop the idea of “distributism.”
Distributism is the theory that capital ownership should be widespread, with a preference for small, family-owned farms and artisan workshops.  When enterprises must be large, workers should own them on shares, meaning they should be organized as joint-stock corporations in a way that vaguely resembles what we call a JBM S-Corp ESOP.
Douglas believed that since technology could produce all that people need, and everybody owns the production that results in common (we’re just repeating Douglas’s theory, which we consider completely wrong-headed), then everybody should receive a “national dividend” financed by inflating the currency — a “basic income.”
Here’s the problem.
People who produce what others consume without getting anything in return tend to get just a little resentful.  This sets up an “us v. them” mentality.  It doesn’t take too long before those people who are productive start demanding that all those people who are not productive be punished or eliminated. 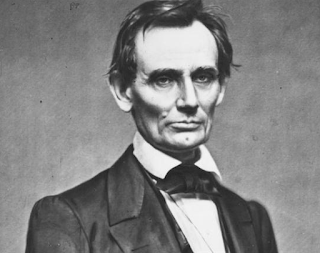 Nor is this anything new on the world scene.  It’s been with the human race from the very beginning.  As Abraham Lincoln noted in his debate with Stephen Douglas, it’s against nature for some to work and others to benefit:
It is the eternal struggle between these two principles — right and wrong — throughout the world. They are the two principles that have stood face to face from the beginning of time; and will ever continue to struggle. The one is the common right of humanity, and the other the divine right of kings. It is the same principle in whatever shape it develops itself. It is the same spirit that says, “You toil and work and earn bread, and I'll eat it.” No matter in what shape it comes, whether from the mouth of a king who seeks to bestride the people of his own nation and live by the fruit of their labor, or from one race of men as an apology for enslaving another race, it is the same tyrannical principle.
You can pretty up the rhetoric all you like, but that’s what it always boils down to.  If some people have the right to consume without producing, then others have the correlative duty to produce without themselves benefiting from it . . . a condition that can accurately be described as “slavery.”
As the first principle of economics and Say’s Law of Markets make clear, no one can consume what has not been produced.  That means anyone who consumes something without producing something can only get it from those who do produce.
Instead of trying to justify schemes that force some people to work for the benefit of others, it would be much better simply to figure out a way to make everyone productive, whether through labor or through capital.  And, fortunately, that’s already been done.  It’s called “Capital Homesteading,” and it’s a lot better all around than trying to figure out ways to change human nature.
#30#
Posted by Michael D. Greaney at 6:00 AM