What is particularly interesting over the past couple of weeks is the reception that the presentations by Norman Kurland have been getting around the world.  The audience has been increasing in quantum leaps by hundreds of percentage points each time.  Nor is that the only thing going on: 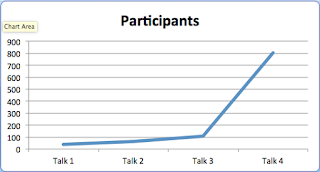 • This past Monday Dr. Norman G. Kurland gave another talk on the Just Third Way over the internet to people in twenty-five countries in Asia, the Pacific Rim, the Middle East, and Africa.  Nearly eight times as many people attended the session as last week, a more than 660% increase.  As can be seen from the graph to the right, participation has increased dramatically in just four sessions.  Most of the participants, nearly 34%, came from the Philippines, with China, India, and Oceana not far behind.
• CESJ has a new intern from Brigham Young University starting in a few weeks.  As with most of the interns CESJ has gotten, he is participating in the BYU Washington Seminar.  Almost without exception, CESJ has always gotten a very high caliber of interns, drawing on Brigham Young University, the University of Connecticut, the Louvain, and professionals from Europe and Africa.  This is exceptional for an unpaid internship, but interns and fellows have been almost unanimous in their opinion that their experience with CESJ was not merely pleasant, but exceptionally valuable in their chosen careers and life paths.
• Recent reports of corruption among United Auto Workers leadership put us strongly in mind of the late Walter Reuther and his proposals to benefit union membership instead of union leadership.  Rather than invest in a lakeside retreat, a golf course with a pool, basketball courts, tennis, sauna, beaches, hiking trails, and who knows how many et ceteras, to which hoi polloi who paid for it aren’t admitted (how do you like that?  Latin and Greek!), Reuther advocated that unions go to work to secure ownership of capital for their members, individually as private property, not goodies for the leadership.  As he said,
“Profit sharing in the form of stock distributions to workers would help to democratize the ownership of America’s vast corporate wealth which is today appallingly undemocratic and unhealthy.  The Federal Reserve Board recently published data from which it is possible to estimate the degree of concentration in the ownership of publicly traded stock held by individuals and families as of December 1962. Preliminary analysis of these data indicates that, despite all the talk of a “people’s capitalism” in the United States, little more than one percent of all consumer units owned approximately 70 percent of all such stock.  Fewer than 8 percent of all consumer units owned approximately 97 percent—which means, conversely, that the total direct ownership interest of more than 92 percent of America’s consumer units in the corporation-operated productive wealth of this country was approximately 3 percent.  Profit sharing in a form that would help to correct this shocking maldistribution would be highly desirable for that reason alone.… If workers had definite assurance of equitable shares in the profits of the corporations that employ them, they would see less need to seek an equitable balance between their gains and soaring profits through augmented increases in basic wage rates. This would be a desirable result from the standpoint of stabilization policy because profit sharing does not increase costs. Since profits are a residual, after all costs have been met, and since their size is not determinable until after customers have paid the prices charged for the firm’s products, profit sharing as such cannot be said to have any inflationary impact upon costs and prices.” [Testimony before the Joint Economic Committee of Congress on the President’s Economic Report, February 20, 1967.].
• We saw a “meme” this week that declared a wall between the United States (of Mexico) and the United States (of America . . . like Mexico isn’t in North America) would cost $10 billion, but that illegal immigration (all of which is presumably from Mexico, of course) costs $99 billion each year.  We decided not to waste time checking the figures, but to ask a question: How much would it cost to have a North American Capital Homestead Act and Citizens Land Cooperative?  With a uniform Capital Homestead Act in place for the three most important countries in North America, every child, woman, and man in Mexico, the U.S., and Canada could become a capital owner without putting up a single Peso or Dollar of his or her savings (which most of us don’t have, anyway), but pay for it with the future earnings of the capital itself.  A continental Citizens Land Cooperative would allow everybody to share in the profits made from land development instead of limiting to the government or a private sector élite.  As an added bonus, you’d have so many jobs created that all three countries will have to advertise to bring in immigrants to get enough people . . . whereupon other countries will have to implement their own national or regional Capital Homestead Acts just to keep all their talent from going to Mexico, the U.S., and Canada.  Of course, there would have to be a currency union and a uniform tax treaty for North America, but no Mexican, American, or Canadian should complain about taking the money power away from the politicians, shifting over to an asset-backed currency, and having a tax system people can actually understand without a degree from Universidad Nacional Autónoma de México, Harvard, or the University of Toronto.
• We are discussing putting together an interfaith team to study the possibility of producing a video series explaining the principles of economic justice. 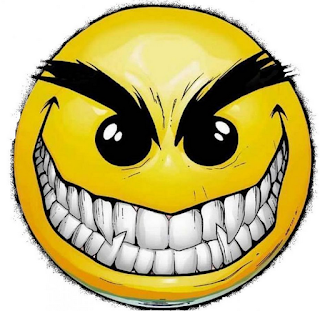 • Here’s the usual announcement about the Amazon Smile program, albeit moved to the bottom of the page so you don’t get tired of seeing it.  To participate in the Amazon Smile program for CESJ, go to https://smile.amazon.com/.  Next, sign in to your account.  (If you don’t have an account with Amazon, you can create one by clicking on the tiny little link below the “Sign in using our secure server” button.)  Once you have signed into your account, you need to select CESJ as your charity — and you have to be careful to do it exactly this way: in the space provided for “Or select your own charitable organization” type “Center for Economic and Social Justice Arlington.”  If you type anything else, you will either get no results or more than you want to sift through.  Once you’ve typed (or copied and pasted) “Center for Economic and Social Justice Arlington” into the space provided, hit “Select” — and you will be taken to the Amazon shopping site, all ready to go.
• We have had visitors from 29 different countries and 39 states and provinces in the United States and Canada to this blog over the past week. Most visitors are from the United States, Brazil, Canada, the United Kingdom, and Indonesia.  The most popular postings this past week in descending order were “How to Become an Owner,” “A (Very) Short Primer on Money,” “How to Be Productive,” “Episode VII: The Return of Common Sense,” and “News from the Network, Vol. 10, No. 30.”
Those are the happenings for this week, at least those that we know about.  If you have an accomplishment that you think should be listed, send us a note about it at mgreaney [at] cesj [dot] org, and we’ll see that it gets into the next “issue.”  If you have a short (250-400 word) comment on a specific posting, please enter your comments in the blog — do not send them to us to post for you.  All comments are moderated, so we’ll see it before it goes up.
#30#
Posted by Michael D. Greaney at 12:31 PM