How to Be Productive


Yesterday we noted that the way for people to “make money” is to be productive.  This is because “money” is anything that can be used to settle a debt, and a debt is an obligation to deliver something of value.  There being only two ways to get something of value (make it yourself or get it from somebody else), we either have to produce whatever we want, or produce something that we can exchange to others to get what we want. 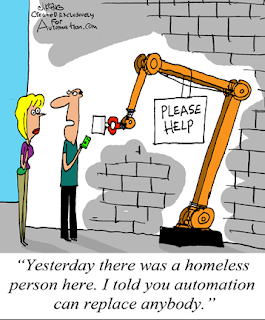 The case is different with human labor.  Land and technology do not enhance the productivity of the human factor of production, they operate to reduce it as much as possible, ideally, to remove it from the production process altogether.  Where the efficiency of capital, whether land or technology, is measured by how much is produced, the efficiency of labor is measured by how little is used.  The efficiency of capital vis-à-vis labor, therefore, can be measured by how much human labor the capital “saves.”
The problem, of course, is that if someone owns only labor in a situation in which technology is advancing or land is becoming more productive without additional labor inputs, that someone will be unable to produce as much as formerly; he or she will “make less money,” ultimately, given the reductio ad absurdum of a completely automated production process, owners of labor would not be able to produce at all.
There are a number of solutions to this problem.  One is to mandate a moratorium on technological improvement, or a return to a simpler time of low technology.  Another is to increase redistribution and government welfare payments.  Neither of these appear to be viable, however, as both require a fundamental change in human nature. 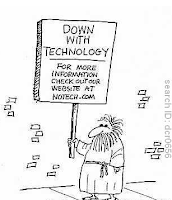 A moratorium on technological advancement?  Human beings are tool-makers as well as tool-users.  They naturally figure out ways to do something better.  Even if someone’s job is to do nothing, he or she will almost always figure out a way to do nothing better or easier.
Redistribution?  That’s one way to ensure that people will minimize production.  Why produce if somebody is just going to take it away?  Why do you think the politicians are careful to give the rich so many tax breaks?  To offset the disincentive to produce that redistribution creates.
Louis Kelso saw the obvious solution to the increasing unimportance of human labor in the production process as making it possible for people who have only labor — or not even that — to purchase capital, whether land or technology, and become productive.  As he said in an interview in Life magazine in 1964, “If the machine wants our job, let’s buy it.”
And tomorrow we’ll look into how to do just that.
#30#
Posted by Michael D. Greaney at 6:00 AM