Purely by coincidence, almost all of this week’s news items deal with philosophy and the Just Third Way, one way or another.  Specifically, they almost all relate to the fact that with the advent of the “new things” of socialism, modernism, and the New Age, the way people think about traditional forms of religion, politics, and even marriage and family changed dramatically:

• Fratelli Tutti Encyclical.  Although Pope Francis’s new encyclical, Fratelli Tutti — which means “All Brothers” in Italian; the “real” title is “On Fraternity and Social Friendship” — is being characterized as Pope Francis’s legacy, there appear to be some very confusing passages in the document.  From the perspective of the Just Third Way, with its basis in the Aristotelian-Thomist understanding of natural law (the same conceptual paradigm within which Catholic social teaching is framed), the treatment of private property is especially troubling.  As we noted in a blog posting earlier this week, “Pope Francis and Fratelli Tutti,” the language appears to make a distinction between private property as a natural right, and all other natural rights.  In Thomism, of course, this would violate the first principle of reason on which the entire philosophy of Aristotle and Aquinas is based — the law of contradiction and the law of identity, two ways of saying that contradictions are not allowed — thereby nullifying the encyclical as an authentic teaching document.  That is why at the end of the posting we respectfully requested that Pope Francis withdraw the document and reissue it later with clarifications and corrections.

• “What Happened to Vatican II?” Video.  As far as we can tell, Pope Francis’s new encyclical (above) appears to be based on an orientation derived from the “new things” of socialism, modernism, and the New Age.  If that is, in fact, the case, then it goes contrary to the purpose of the social encyclicals since the first one, Mirari Vos, was issued in 1832.  Purely by coincidence, this week’s new video from Sensus Fidelium (below) addresses the influence of the new things on the Second Vatican Council from a natural law, Just Third Way perspective (interfaith or inter-philosophy, if you will).  “What Happened to Vatican II” has gotten more views in the first 24 hours than any other video we’ve done, including those from EWTN.  In the video, we suggest that the Catholic Church (along with other faiths and philosophies) stop “scolding” people, and start showing them the right thing to do . . . which is what the final video in the series will cover.

• The Need for Justice University.  If nothing else, the fuss being made over Fratelli Tutti is a graphic demonstration of the need for “Justice University.”  As one correspondent noted, “Justice University should teach logic (formal logic), Latin, and Greek. It should also teach ancient philosophy according to the scholastic method. One cannot think at all if one does not understand formal logic.”  This reiterates what the solidarist jurist and student of Fr. Heinrich Pesch, S.J., Dr. Heinrich Rommen, noted in his book on the natural law, that getting away from the absolutes of the natural law based on human nature and going with somebody’s idea of God’s Will based on faith leads inevitably to pure moral relativism, even nihilism. 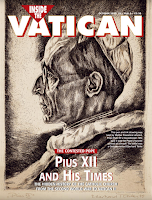 • Inside the Vatican Magazine.  A new article by CESJ’s Director of Research is in the October issue of Inside the Vatican magazine, “Economy: Socialism, Modernism, and Catholic Doctrine” . . . pretty good for an interfaith treatment of the subject.  Naturally, we urge all our readers to subscribe to Inside the Vatican, even if they’re not Catholic or even Christian.  With the shape society is in today, all people of goodwill need to get organized and restructure the social order, the sooner, the better.

• Free Language Lessons.  A month ago a fraternity brother in the Ancient Order of Hibernians (a group for Catholic men of Irish birth or descent, but with “associate memberships” for others) told us he had come across a free internet language course called “Duolingo.”  We signed up to see if we could learn Italian for free . . . and we’re now able to mistranslate many words and phrases, e.g., “The insect is on the subway” and “The steak is as big as a theater.”  Of course, the program didn’t let us get away with that, and kept at us until we got it right, but you do seem to be able to learn a language without too much pain, and for free.

• Sensus Fidelium Videos, Update.  We now have a total of fourteen videos of a projected sixteen — the latest being “What Happened to Vatican II?” — we’ve been doing with the “Sensus Fidelium” YouTube channel.  They seem to be proving popular, with more than 43,000 views to date.  They aren’t really “Just Third Way videos,” but they do incorporate a Just Third Way perspective.  You can access the playlist for the entire series by clicking on the link: “Socialism, Modernism, and the New Age.”  The point of the videos is to explain how socialism and socialist assumptions got such a stranglehold on the understanding of the role of the State and thus the interpretation of Catholic social teaching, and even the way non-Catholics and even non-Christians understand the roles of Church, State, and Family, and the human person’s place in society. 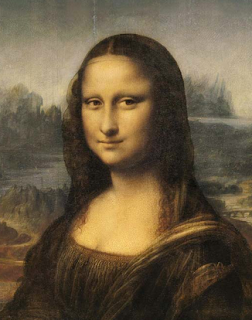 • Blog Readership.  We have had visitors from 51 different countries and 53 states and provinces in the United States and Canada to this blog over the past week. Most visitors are from the United States, Canada, Argentina, the United Kingdom, and Australia.  The most popular postings this past week in descending order were “Pope Francis and Fratelli Tutti,” “News from the Network, Vol. 13, No. 40,” “People of Praise versus Social Justice,” “Contradiction and Identity,” and “JTW Podcast: The Economic Democracy Act, Part 2.”