Today we have our fourth monthly “special edition” of the News from the Network that has a number of features that we are sure you will find interesting:

Quote of the Month

We find this month’s quote from Henry C. Adams to be particularly appropriate, especially in light of the fact that it was two-hundred years ago that Daniel Webster noted during the Massachusetts Constitutional Convention of 1820 that “Power naturally and necessarily follows property.”  From the Just Third Way perspective, the solution to this natural tension between power and property, of course, is found in the Economic Democracy Act (formerly the Capital Homestead Act), the goal of which (as Pope Leo XIII said) is create a legal, financial, and social environment within which “private ownership must be held sacred and inviolable. The law, therefore, should favor ownership, and its policy should be to induce as many as possible of the people to become owners.” (Rerun Novarum, § 46):

The broad theory of constitutional liberty is that the people have the right to govern themselves; but the historical fact is that, in the attempt to realize this theory, the actual control of public affairs has fallen into the hands of those who possess property.

Henry C. Adams, Public Debts, An Essay in the Science of Finance.

• Real Economic Stimulus. It has become extraordinarily clear that, however desperately an increasing number of people may need assistance during the pandemic, simply redistributing wealth — whether directly through the tax system or indirectly through the monetary system — is not a solution.  What is needed is a program that can help everyone become productive, either through their labor or their capital.  Since “creating jobs” has proven to be an extremely costly and self-defeating form of redistribution in many cases, it is evident that the only real solution is to make as many people as possible capital owners, and that means the Economic Democracy Act.

• Fratelli Tutti.  Consistent with the belief that the solution to massive social problems lies in redistributing existing wealth, His Holiness Pope Francis seems to have fallen into popular error in his latest encyclical, Fratelli Tutti.  This is not to say that much, if not all, that the pope recommends may be necessary, even essential, in the short term as an expedient, but to rely on emergency measures as a solution is to go against human nature, which is contrary to justice and even charity.  This is because in Aristotelian-Thomism, the natural law is derived from human nature, which is a reflection of God’s Nature, and thus cannot be violated without going contrary to reality.  As is the case in civil and domestic society these days, religious society needs to get behind the Economic Democracy Act.

• Sensus Fidelium Videos.  Somewhat surprisingly for presentations intended for a “Catholic audience,” the series of videos being put out by the Sensus Fidelium YouTube channel, that now have upwards of 55,000 views, seem to be more popular with non-Catholics than with Catholics!  This might be because they focus on the “natural law” foundation of Catholic social teaching, which applies to every human being, not just Christians in general or Catholics in particular.  Consequently, the story related seems to be of interest to people of all faiths and philosophies who are concerned about how the world might have gotten itself into the shape it’s in and a possible way of getting out of it.

Continuing our look at the virtue of justice, this month we look at the particular virtue of “economic justice,” an application of social justice:

Economic Justice, which touches the individual person as well as the social order, encompasses the moral principles which guide us in designing our economic institutions. These institutions determine how each person earns a living, enters into contracts, exchanges goods and services with others and otherwise produces an independent material foundation for his or her economic sustenance. The ultimate purpose of economic justice is to free each person to engage creatively in the unlimited work beyond economics, that of the mind and the spirit.

This month’s feature article requires a little bit of “mental editing.”  Our terminology has changed from “Capital Homestead Act” to “Economic Democracy Act,” but the substance remains the same, as can be seen from this “economic justice classic” article from 2005: 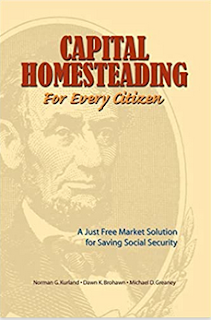 Capital Homesteading for Every Citizen:

CESJ Editor’s Note (11/11/08): The proposed level of tax exemptions under the Capital Homestead Act has been increased since this article was published in 2005. The exemptions from federal taxes allowed for a family of four, for example, have been raised to the first $100,000 of family income (previously $30,000), keeping more money in their pockets to pay for living expenses including their health coverage and education.  See http://www.cesj.org/socialsecurity/projections-cha.htm.

Extract: “Few Americans today would label the U.S. tax system as either simple or fair. Many Americans believe that tax breaks are mainly benefiting the extremely wealthy. While the top 5% of Americans account for more than half of all personal income tax revenues, through advantageous arrangements wealthy taxpayers frequently are able to avoid paying anything but a token amount of taxes on their capital incomes. The payroll tax and sales and excise taxes take a much bigger share of disposable income from middle and low income Americans than from wealthy Americans, according to the Institute on Taxation and Economic Policy.”

Read More of “Capital Homesteading for Every Citizen”

This month’s video is another episode from the series on the background of the development of Economic Personalism: 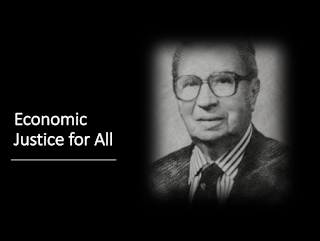 “Economic Justice for All” 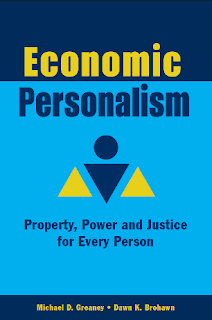 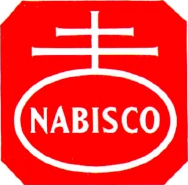 In a rather surprising discovery, we found that the National Biscuit Company — Nabisco — had an employee stock ownership plan in 1901.  It was, of course, nothing like the ESOP Louis Kelso invented.  It provided a single share of preferred stock (meaning not as good as the controlling common stock) to any employee willing to purchase it on the installment plan.  Promoted as a worker benefit, it was announced February 21, 1901.  It’s not clear how long the program lasted or the actual benefit to the employees.

• Blog Readership.  We have had visitors from 24 different countries and 41 states and provinces in the United States and Canada to this blog over the past week. Most visitors are from the United States, the United Kingdom, the Philippines, India, and Canada.  The most popular postings this past week in descending order were “JTW Podcast: Socialism, Part 12: The Act of Social Justice,” “The Slavery of Savings,” “The Just Third Way of Economic Personalism,” “News from the Network, Vol. 13, No. 43, “ and “How to Have Your Cake and Eat It.”