So you think times are bad right now?  Well . . . you’re right.  They are bad — but there’s a reason for it.  We were going to write “good reason,” but to some readers who are just skimming this, they might think we are saying that’s what’s good is bad and vice versa, or that there’s evil-evil, evil-good, good-evil, and good-good . . . if you remember Mad Magazine’s spoof of The Sandpiper, “The Sinpiper,” that dished up modernist gobbledygook in place of coherent religious teaching and moral guidance. 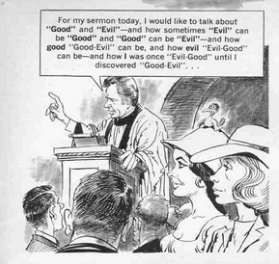 This didn’t just pop out of nowhere, though, even in Mad Magazine.  Not to sound apocalyptic, but at the beginning of the nineteenth century it was painfully obvious that something was very wrong in society.  Ideas that had previously been confined almost exclusively to academics and fringe groups took on a popular, even mass appeal.

Nor is it difficult to find the cause.  Over the course of the eighteenth century three key revolutions shook the western world.  These were the Financial Revolution epitomized by the establishment of the Bank of England, the first true central bank, in 1694.  This changed how new capital was financed and thus determined who was able to own the new capital.

This was followed in due course by the Industrial Revolution.  Advancing technology, more expensive than could ordinarily be afforded by the average working man or woman, changed the nature of production.  Instead of people working with what they owned, or providing indispensable human labor to make capital owned by others productive, human labor became just another input to production, to be obtained as cheaply as possible. 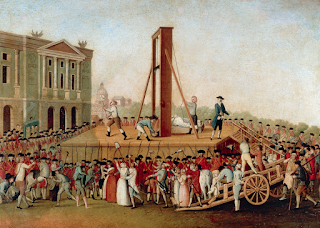 Finally, there was the Political Revolution.  As ordinary people lost capital ownership and the value of their labor declined in competition with advancing technology financed by the commercial and mercantile banking system backed up by a central bank, they began agitating for political power to replace their lost economic power.

The French Revolution especially changed the basic political rules.  Instead of governments protecting access to the opportunity and means to be productive so people could take care of themselves by their own efforts, the goal shifted to the idea that governments should take care of people directly.

With inexorable if badly flawed logic, this led seemingly inevitably to the idea that religious, civil, and domestic society should all be merged into a single, monolithic entity.  Church, State, and Family should all become One.

Thus was born what was first known as l’Démocratie Religieuse — the “Democratic Religion” — but that later became known as socialism or communism.  The “theology” of this “New Christianity” (Claude Henri de Rouvroy, comte de Saint-Simon, Le Nouveau Christianisme, 1825) was eventually termed modernism, a most inapt term for a bundle of ideas most of which had been rejected hundreds, even thousands of years before.  Modernism incorporated the essence of all previous revolts against Christianity as well as common sense, being summed up by one authority as “the synthesis of all heresies. (Pascendi Dominici Gregis, § 39)

The logical result of all this moral relativism was exactly what you would expect: even more moral relativism devolving into nihilism, which is what Mad Magazine was spoofing . . . only it doesn’t seem as funny anymore when it has become everyday business-as-usual.