Once again we manage to avoid talking the contemporary political scene and concentrate on what’s really important here: life, liberty, and access to the means of acquiring and possessing private property in capital.  Instead, what we have for the beginning of National Employee Ownership Month (a.k.a. “October”) is a number of informational items, mostly about, well, worker ownership: 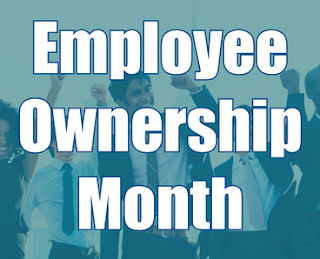 • Employee Ownership Month.  October is “Employee Ownership Month,” and both the ESOP Association and the National Center for Employee Ownership are making a special effort this year to ensure that more people know about, well, employee ownership.  It is particularly appropriate this year, as it appears (without doing actual statistical sampling) that worker-owned companies seem to have a survival edge in times like these over more conventional ownership structures.  It’s definitely something to think about: how can you keep demand up and keep people producing when they can’t go out?  Let their capital, automated and otherwise, do the work, while the capital owner gets the income. 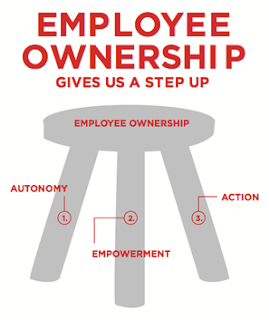 • America’s Small Business Development Centers.  As reported by the National Center for Employee Ownership, the annual conference of America’s Small Business Development Centers is making worker ownership a special focus.  As noted above, in times of stress and economic downturn, worker-owned companies have a higher survival rate and healthier (financially) than otherwise comparable companies.

• Worker Ownership Business Directory.  According to the NCEO, Certified EO (Certified Employee Ownership) have put together “Shop EO,” a search engine to help consumers locate and deal with worker owned companies.  This sounds like a great way to support worker ownership initiatives “painlessly.”

• Employee Ownership Index.  Also as reported by the NCEO, Infinite Equity has prepared an index of worker owned companies that are publicly traded and have won awards. 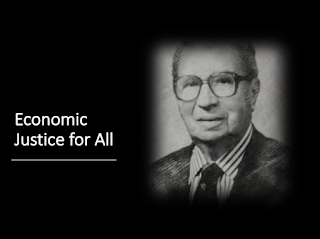 • Sensus Fidelium Videos, Update.  We now have a total of eleven videos of a projected sixteen — the latest being “Economic Justice for All” — we’ve been doing with the “Sensus Fidelium” YouTube channel.  They seem to be proving popular, with more than 40,000 views to date.  They aren’t really “Just Third Way videos,” but they do incorporate a Just Third Way perspective.  You can access the playlist for the entire series by clicking on the link: “Socialism, Modernism, and the New Age.”  The point of the videos is to explain how socialism and socialist assumptions got such a stranglehold on the understanding of the role of the State and thus the interpretation of Catholic social teaching, and even the way non-Catholics and even non-Christians understand the roles of Church, State, and Family, and the human person’s place in society. 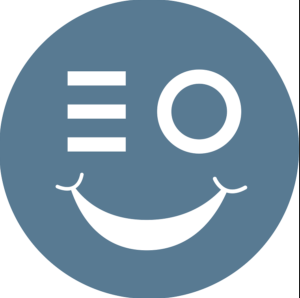 • Blog Readership.  We have had visitors from 46 different countries and 38 states and provinces in the United States and Canada to this blog over the past week. Most visitors are from the United States, India, South Africa, Canada, and the Philippines.  The most popular postings this past week in descending order were “What is Thomism?” “JTW Podcast: The Wolf in Sheep’s Clothing,” “More Modern Monetary Madness,” “News from the Network, Vol. 13, No. 39,”  and “Think It’s Bad Now?”