• The U.N. and Human Rights.  In the Wall Street Journal editorial “Why the UN is Making a Mockery of Human Rights” (10/19/20, p. A-17), Aaron Rhodes revealed how vulnerable democracy is to being hijacked by totalitarian regimes. Democracy ceases when it relinquishes its guiding principle — that power and rights (social, political and economic) must start with every human being, not the collective or State.  What has allowed the mantle of “human rights” to be seized by such human rights abusers as China, Russia, and Cuba is the failure by all countries today to recognize and institutionalize the human connection between power and property.  The U.N. can return to its democratic values and fundamental principles of freedom, justice, and peace for every person, by ratifying once again its 1948 “Universal Declaration of Human Rights,” and paying special attention to Article 17: “(1) Everyone has the right to own property alone as well as in association with others. (2) No one shall be arbitrarily deprived of his property.”  While the laws of the U.S. and other democratic nations may protect the rights of existing owners, they omit the right that every person should have an equal right and access to the means to become an owner of productive capital.  This first right can be achieved without depriving current owners of their property rights. Louis Kelso in his two books with Mortimer Adler offered a just third way in which the universal right to capital ownership could be realized by every person everywhere through changes in the monetary and tax systems. These principles and reforms are embodied in the “Economic Democracy Act.”

Some bad assumptions, but the danger is real.

• Fed Says Economic Recovery is “Slowing”.  In the Wall Street Journal of October 20, 2020 (page A-3) it was reported that the Federal Reserve has announced that the economic recovery is slowing, to which we say, “WHAT economic recovery?”  Printing funny money backed only by government debt to inflate prices on the stock market can hardly be termed “growth,” much less “recovery.”  Even if the so-called recovery wasn’t an illusion created by money manipulation, however, there is still the problem that the government and the rich are not the whole of the economy.  The rest of us have not only not recovered. We have lost ground, as we kept getting told by the advocates of socialism.  What is needed for a true recovery is not the rich getting richer so that they can — if they feel like it — “create jobs” for the rest of us, but a way that effects a real economic recovery in which everyone participates as a producer and a consumer: the “Economic Democracy Act.”

• John Manuel Pimenta.  We recently learned that long-time CESJ supporter, John Manuel Pimenta, died April 12, 2020.  Cause of death is not known for certain.  Born in Lucknow, India, August 19, 1930, John was the oldest of ten children. He graduated from Engineering school in Poona, India, then came to the United States in 1953 on a fellowship to do graduate work at the University of Notre Dame. After graduation, he worked for Hazlet and Erdal designing highways and bridges, including work on the Chicago Skyway, Indiana and Ohio Turnpikes, and various bridges on the Mississippi River. Later he worked for Harza Engineering in water resources, working on dams. In 1959 he married Maria Lira da Costa of Goa, India. They were married in the Notre Dame Log Chapel by the late Rev. Theodore Hesburgh, President of the University. In 1961, John was transferred to Sao Paolo, Brazil, where he was Director of Corporate Planning and later Manager of Operations. While in Brazil, he helped with the electrification of the state of Mato Grosso.  John and Lira became U.S. citizens in 1963. In 1970, John became the director of the Illinois division of American Society of Civil Engineers. In 1972 he began consulting work with the Asian Development Bank and the World Bank in Washington, DC. Years later, John started his own consulting firm, Netgrowth Company, which he owned until his retirement. 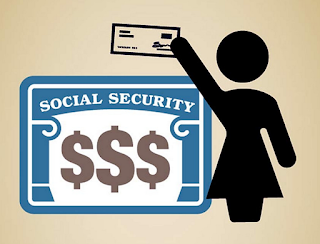 • More Pressure on Social Security.  Because the pandemic has interfered with the savings program of many people, a significant number of potential retirees are anticipating a larger role for Social Security and Medicare to meet basic living expenses.  Of course, all this would be something of a moot point if people shifted from “saving for retirement” to “investing for income.”  People are finding it harder to work during the pandemic, but machines don’t care.  If people owned the machines that do the work, they wouldn’t have to worry about performing labor just to get an income.  It is time to revisit the “Economic Democracy Act”. . . not that isn’t always time. 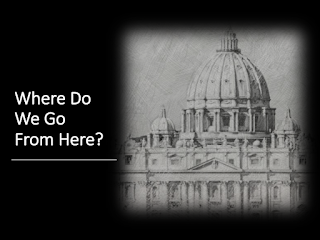 • Sensus Fidelium Videos, Update.  We now have the complete series of sixteen videos of the series we’ve done with the “Sensus Fidelium” YouTube channel.  The new one this past week is “Where Do We Go From Here?”  For “interfaith” presentations to a Catholic audience they are proving to be popular, with more than 53,000 views to date.  They aren’t really “Just Third Way videos,” but they do incorporate a Just Third Way perspective.  You can access the playlist for the entire series by clicking on the link: “Socialism, Modernism, and the New Age.”  The point of the videos is to explain how socialism and socialist assumptions got such a stranglehold on the understanding of the role of the State and thus the interpretation of Catholic social teaching, and even the way non-Catholics and even non-Christians understand the roles of Church, State, and Family, and the human person’s place in society. 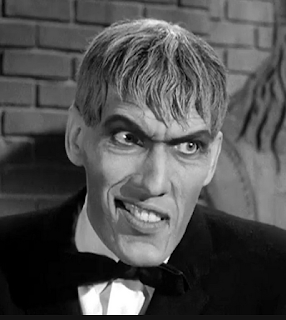 • Blog Readership.  We have had visitors from 37 different countries and 45 states and provinces in the United States and Canada to this blog over the past week. Most visitors are from the United States, the United Kingdom, Canada, Germany, and the Philippines.  The most popular postings this past week in descending order were “JTW Podcast, Socialism, Part II: Saving Solidarism,” “The Billion Dollar Indemnity,” “Waste Not, Want Not,” “The Power of Science,” and “Pope Francis and Fratelli Tutti.”