The Power of Science


As we noted in the previous posting on this subject, in social justice terms, nothing is impossible . . . if you go at it from the right principles and use the correct techniques.

That, in fact, is the very nature of social justice.  As CESJ co-founder Fr. William Ferree noted in his pamphlet, Introduction to Social Justice (1948),

The completed doctrine of Social Justice places in our hands instruments of such power as to be inconceivable to former generations.

But let us be clear about what is new and what is old. None of the elements of this theory are new. Institutions, and institutional action, the idea of the Common Good, the relationship of individual to Common Good — all these things are as old as the human race itself. . . .

As we noted previously, Prince Otto von Bismarck had imposed an indemnity on France that was specifically intended to destroy France economically forever, thereby removing a potential threat or rival to the preeminence of the nascent Second Reich that Bismarck was busily assembling (on his terms, of course).

This put France in a definite bind, and it would have been the end of an independent country had it not been for Louis Pasteur.

Pasteur’s discoveries — at least those with a direct bearing on this story — began with a way to treat wine to prevent it from becoming sour. In 1862 Pasteur realized that the application of heat would kill the microorganisms that caused the problem. In his honor the process is called pasteurization. It has been widely applied to other liquids, notably milk. An interesting “might-have-been” in history is that a few years previously Gail Borden, Jr., seeking a way to make milk safe for more than a few hours, invented a vacuum pan that would allow him to heat milk without scorching it in order to “condense” the liquid and can it. In a sense, Borden could be said to have invented pasteurization before Pasteur.

Soon after Pasteur’s discovery saved the French wine industry, it was discovered that some unknown disease was destroying the French silk industry. A friend — an unverified source claims it was the novelist Alexander Dumas — urged Pasteur to look into the problem. At first reluctant (he had never so much as seen a silkworm) he went to the south of France in the summer of 1865. By September he announced that he had found a cure.

If we understand the description correctly, the process Pasteur perfected involves first isolating the cause of the disease. The researcher then grows the organism under laboratory conditions. He or she then introduces factors that weaken the organism artificially so that, while it can no longer cause the disease, it can still stimulate the body to produce a defense against it — which defense is usually effective against the organism at full strength. This was an improvement on Edward Jenner’s technique, which required that a naturally weak strain of the disease be located. In the case of smallpox, the weaker strain was the less virulent cowpox. (If this description is incorrect, it is entirely due to this writer’s misunderstanding of Pasteur’s technique.)

It’s a tossup as to who was more delighted: Pasteur, or the multitudes dependent on the silk industry for their livelihood. As he said, “There is no greater charm for the investigator than to make new discoveries; but his pleasure is heightened when he sees that they have a direct application to practical life.” 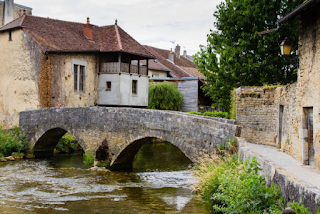 Nor was the silk industry the only one to benefit from Pasteur’s discovery. After finding a cure for the disease that was attacking the silkworms, Pasteur turned his attention to chicken cholera. This disease was decimating — literally — French poultry, being responsible for wiping out one in every ten chickens. After the administration of Pasteur’s treatment, the death rate was reduced by more than 90% down to 1% or lower.

After cholera came anthrax. Anthrax was devastating sheep and cattle all through France. Having been ridiculed by the French Academy of Medicine, Pasteur took himself to the district of Arbois in eastern France. There he spent a decade investigating the causes of anthrax and, almost miraculously, developed an effective vaccine, which he distributed to the farmers in Arbois.

In recent years there seems to have been a movement to have Pasteur declared a fraud and a scientific cheat because a close study of his notes allegedly reveals that his method of isolating the anthrax bacillus did not produce the strain from which he created the vaccine. The bottom line, however, is that, whatever method was used to produce the strain from which Pasteur developed the vaccine, the unquestioned fact remains that Pasteur developed the vaccine. The flocks were saved.

Desperate for new sources of revenue to meet the 5 billion Franc indemnity, the government sent investigators to Arbois to find out why the sheep in that district were healthy when all across France sheep and cattle were dying in droves. Pasteur informed the committee of his discoveries, and was once again attacked and ridiculed as both a knave and a fool. Only after it was proved beyond a shadow of a doubt that the vaccine worked was it distributed throughout France and, later, the world — reducing the death rate from anthrax to under 1%.