In what proved to be our most popular Halloween Horror Special ever, we compared the economics of John Maynard Keynes to Audry II, “the mean, green mother from outer space.”  We thought that maybe Keynes was the unwitting dupe of a sinister plan from outer space to conquer the world.

We didn’t realize just how close to the truth we had come.

It turns out that the film that best illustrates Keynesian economics is not Little Shop of Horrors, but Plan 9 From Outer Space.  Keynesian economics is not so much a plan for world domination, as a completely sincere, if utterly incompetent attempt to force an economy to do what no economy can possibly do: have the government gain absolute power to run every aspect of every person’s life. 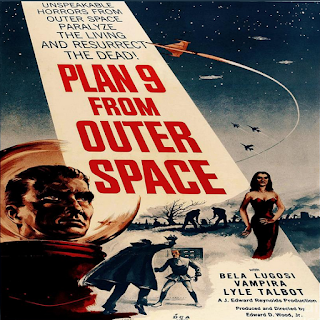 And how does this relate to Ed Wood’s, er, masterpiece?  Wood was a completely sincere and just as completely incompetent film director utterly convinced he was creating great films.  For his part, Keynes appeared to be convinced he was saving the world by implementing economic solutions to problems created by the solutions themselves.

Similar to the Cargo Cult phenomenon (which Keynesian economics strongly resembles), Keynes has, in fact, attained virtually divine status, with people changing even religious beliefs as well as the principles of sound philosophy to conform to the often arbitrary declarations by Keynes, particularly in his Treatise on Money (1930) and The General Theory of Employment, Interest and Money (1936). 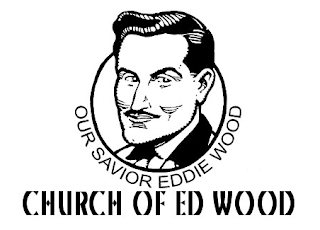 Similarly, Ed Wood has been deified — literally.  It seems that in 1996, the now-reverend Steve Galindo of Seminole, Oklahoma, founded a cult recognizing Wood as its, er, savior.  The “Church of Ed Wood” (shades of “the Church of Saint-Simon”!), although originally founded as a joke, is a legally recognized religion and claims to be completely serious and boasts more than three thousand “baptized” members, although what baptism means in this context isn’t entirely clear, since they have declared they are not Christian.  The “Woodites’” motto/slogan/whatever appears to be “Setting people free and pissing people off since 1996!” . . . which seems a somewhat weak justification for a religion . . . just as Lord Keynes’s fidelity to the Gospel of Past Savings is a rather weak foundation for a global economic theory. 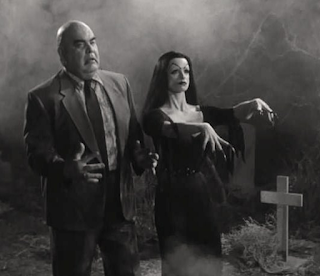 Plus — although Woodism hasn’t penetrated Academia to the extent Keynesianism has, it still has made a number of inroads, thereby demonstrating that today’s universities don’t really care too much if something is good and true as long as it brings in the bucks.  As long ago as 1997 (the Stoned Age) USC began holding its annual “Ed Wood Film Festival.”  The idea is that students create short films inspired by the work of Ed Wood, evidently to see if anyone can possibly create something anywhere near as bad.

The stranglehold that Keynesian economics has on Academia as well as politics is too well known even to do more than mention. 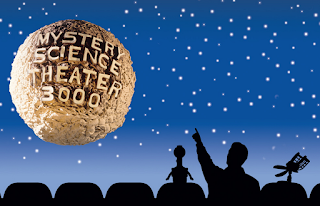 The parallels go even further, however.  Just as films such as Plan 9 from Outer Space are rife with their weird sets, technical errors, bizarre special effects (pie plate flying saucers, anyone?), slapdash and non-quite-there stock footage, egregious miscasting, peculiar (to say the least) stories, and dialogue so bad even Mystery Science Theater 3000 had trouble making it sound stupid (which is saying a lot, considering that a typical MST3 episode was “Warrior Of The Lost World: A nameless hero and his talking motorcycle fight an evil dictator in a post-apocalyptic world”), Keynesian economics is filled with contradictions, erroneous assumptions, and assertions presented as unquestionable wisdom from one end of the horse or other.  Take, for example, this gem from the opening passages of Keynes’s Treatise on Money: 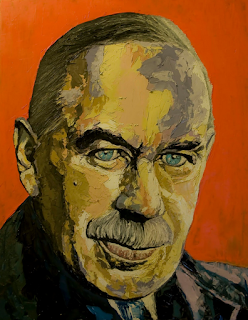 It is a peculiar characteristic of money contracts that it is the State or Community not only which enforces delivery, but also which decides what it is that must be delivered as a lawful or customary discharge of a contract which has been concluded in terms of the money-of-account. The State, therefore, comes in first of all as the authority of law which enforces the payment of the thing which corresponds to the name or description in the contract. But it comes in doubly when, in addition, it claims the right to determine and declare what thing corresponds to the name, and to vary its declaration from time to time — when, that is to say, it claims the right to re-edit the dictionary. This right is claimed by all modern States and has been so claimed for some four thousand years at least. It is when this stage in the evolution of money has been reached that Knapp’s Chartalism — the doctrine that money is peculiarly a creation of the State — is fully realized. (John Maynard Keynes, A Treatise on Money, Volume I: The Pure Theory of Money. New York: Harcourt, Brace and Company, 1930, 4.)

Do you see the tiny little problem in the passage, the itsy-bitsy error on which the whole of Keynesian monetary theory is based?  It is the statement — made without any support or proof whatsoever in any way, shape, or form, that “[t]he State . . . claims the right to re-edit the dictionary. This right is claimed by all modern States and has been so claimed for some four thousand years at least.” 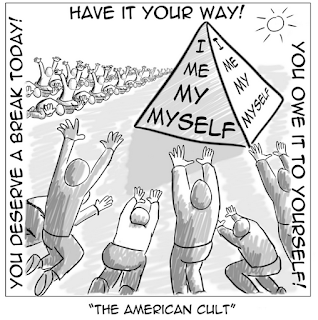 In other words, according to Keynes, the State is greater than God, for even God cannot do that which contradicts His own nature, yet Keynesian economics requires such contradictions as a matter of course.  Thus, the greatest worst film director (Ed Wood was voted the worst film director of all time in 1980), and the worst greatest economist (even Milton Friedman declared that “We are all Keynesians”) have much more in common than might appear at first glance.

Be afraid. Be very afraid.