Today we were hoping to do something on the Battle of Lepanto that took place October 7, 1571, but this is a bit more significant, as we’re sure you’ll agree.

Ordinarily, we wouldn’t comment on a newly issued papal encyclical, much less one that we haven’t studied in depth.  We decided to make an exception in the case of Pope Francis’s Fratelli Tutti (“On Fraternity and Social Friendship”) because there appears to be some very unfortunate typographical errors in the wording of a couple of sentences that have the potential to do a great deal of damage and even massive harm.

Admittedly, there would be little or no potential for harm if people — especially Catholics — understood that “papal infallibility” refers only to matters of faith and morals, not science, and then only under certain specified conditions.  If, for example, a pope insists that 2 + 2 = 5, he is clearly wrong, but it does not call his infallibility into question, just his common sense.

Similarly, the pope is not infallible in theology or philosophy.  These are sciences.  The Catholic Church, in fact, calls theology “the Queen of Sciences” . . . although mathematicians insist of course that it’s mathematics. . . .

Finally, a pope is not infallible in how he might apply an infallible teaching, any more than we are infallible in how we understand it.  That is why Pope Francis, along with all the other popes in history needs/needed to take special care not to say anything in a confusing or contradictory way.

Now we get to the problem in Fratelli Tutti.  It’s a matter of just two letters . . . and you think it doesn’t matter?  Remember the Arian heresy?  The words “similar” and “same” have only a single letter difference in Greek, but that difference tore the Church apart for centuries.  Anyway, in Paragraph 120 the pope states,

The right to private property can only be considered a secondary natural right, derived from the principle of the universal destination of created goods. This has concrete consequences that ought to be reflected in the workings of society. Yet it often happens that secondary rights displace primary and overriding rights, in practice making them irrelevant. (Fratelli Tutti, § 120.)

Regular readers of this blog should see the problem immediately.  The third word in the quote is “to.”  It should — and must — be “of.”  Of course, many people will not understand the vast difference that a single two-letter word makes, so we’ll explain why we believe that “to” must be an unfortunate typographical error and why Pope Francis had to have meant “of.”  (And grammatically, it should be “rights of” not “right of,” but that’s for the grammarians to deal with.) 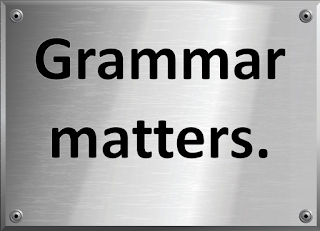 Admittedly, there are some serious problems with other parts of the passage — but they are obviously framed as Pope Francis’s personal opinion, i.e., “For my part,” etc.  As such, they are entitled to due consideration and respect, but are in no way infallible:

Here again is the error of using “to” when the correct word is “of.”  The other problematic part is the reference to “[t]he principle of the common use of created goods.”  No, this is a very garbled restatement of “the universal destination of all goods” . . . which refers not to access, but to use. 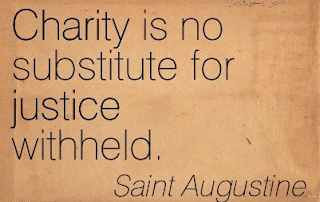 That is, “the generic right of dominion” refers to the absolute and inalienable right every human being has to be an owner.  This is the “right TO property.”  The “universal destination of all goods” refers to the necessarily limited and socially determined bundle of rights — the “rights OF property” — that define how an owner may use what he or she owns.  This includes what may be owned, the obligation not to harm one’s self, other people or groups, or the common good as a whole, and the duty of stewardship, viz., to distribute out of one’s “superabundance” when others are in need.  This last ordinarily comes under charity, but in times of emergency (e.g., famine, war, plague) may come under the State and be enforced by law, as long as every effort is made to put things back to normal as soon as possible.

Inserting the word “to” instead of “of” in these key passages is clearly a human error on the part of Pope Francis, and should be corrected as soon as possible.  He should also clarify his misstatement of the universal destination of all goods so that it unmistakably refers to use, not to access.  After all, having the right to vote is not the same as voting, nor does it mean that you will vote wisely . . . although it is obviously your civic duty to do so.

Of course you ask, “What the heck difference does it make?”  A great deal, as we will explain.

As the passage stands, and as we said above, it obviously confuses the absolute right to be an owner, with the necessarily limited and socially determined rights of ownership.  It would probably shock His Holiness to discover that the passage could have been lifted straight out of Msgr. John Augustine Ryan’s New Age socialist and modernist treatise A Living Wage (1906).

Unfortunately, although Msgr. Ryan’s theories have been accepted without question in many quarters as “authentic Catholic teaching,” they are anything but.  As we have proven in the recent video series on “Socialism, Modernism, and the New Age,” Msgr. Ryan’s theories are based solidly on the modernist/socialist/New Age principle that natural rights are alienable, being vested not in the human person, but in the collective or an élite:

Msgr. Ryan’s fundamental error in this passage is his claim that “[n]atural rights. . . . exist and are sacred and inviolable because the welfare of the person exists.”

There is also the critical issue that Pope Francis’s statement — as it stands (and why we think it is a human error) — directly violates the first principle of reason, the principle of identity: “That which is true is as true, and is true in the same way, as everything else that is true.”

If a natural right can at the same time not be a natural right (violating the first principle of reason stated a different way, that “nothing can both ‘be’ and ‘not be’ at the same time under the same conditions”), it means that the natural law is not based on God’s Nature self-realized in His Intellect, but on something that someone accepts as God’s Will.  As the solidarist jurist and student of Fr. Heinrich Pesch, S.J., Heinrich Rommen, pointed out in his book on the natural law, going with the Will as the basis of the natural law is a complicated way of saying that “might makes right,” because whoever has the power to do so will, of course, force his or her belief on others.  The end result is pure moral relativism, ultimately nihilism.

We would therefore respectfully request that Pope Francis correct this and any other errors that occur in Fratelli Tutti, and reissue the document at a later date.