Would the Unions Go For It?

In the previous posting on this subject, we looked briefly at the problem of how things like the UBI, welfare, and unemployment compensation can act as a disincentive to work.  The bottom line is, if you pay people not to work, they tend not to work.  The only way a basic income of some kind is not a disincentive to take gainful employment is if you get it in addition to, not instead of, gainful employment, and that is something that it would be complete and total disaster for a government to do. 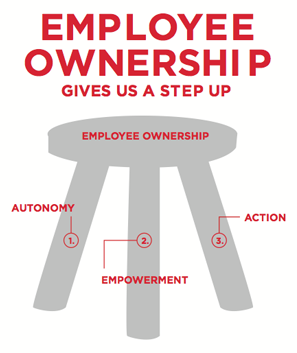 . . . but not the private sector, if there is a program by means of which everyone could have the opportunity and means to become an owner of capital that could generate a basic subsistence without working.  Then, instead of having to decide whether working or not working pays more, the question would be whether working adds enough to one’s income to make it worth one’s while.  Wages might actually go down as workers compete for good jobs.

Yes, in some circumstances under Capital Homesteading wages would rise in order to lure workers to do certain jobs.  The money would have to outweigh the otherwise unpleasant aspects of working in a sewer or long hours.

If wages get too high for certain things, of course, it usually happens that somebody will invent a machine to do the job better and cheaper.  If the displaced workers owned the new machine, however, they would probably make more money from ownership than from labor.

At the same time, many wage rates would probably start to decrease as compensation increased as a result of shifting to dividends from workers owning a piece of their own companies.  Nor would the unions complain, because workers would get more, just as Walter Reuther, president of the U.A.W., pointed out:

The breakdown in collective bargaining in recent years is due to the difficulty of labor and management trying to equate the relative equity of the worker and the stockholder and the consumer in advance of the facts….  If the workers get too much, then the argument is that that triggers inflationary pressures, and the counter argument is that if they don’t get their equity, then we have a recession because of inadequate purchasing power. We believe this approach (progress sharing) is a rational approach because you cooperate in creating the abundance that makes the progress possible, and then you share that progress after the fact, and not before the fact.  Profit sharing would resolve the conflict between management apprehensions and worker expectations on the basis of solid economic facts as they materialize rather than on the basis of speculation as to what the future might hold…. If the workers had definite assurance of equitable shares in the profits of the corporations that employ them, they would see less need to seek an equitable balance between their gains and soaring profits through augmented increases in basic wage rates. This would be a desirable result from the standpoint of stabilization policy because profit sharing does not increase costs. Since profits are a residual, after all costs have been met, and since their size is not determinable until after customers have paid the prices charged for the firm’s products, profit sharing as such cannot be said to have any inflationary impact upon costs and prices…. Profit sharing in the form of stock distributions to workers would help to democratize the ownership of America’s vast corporate wealth.  [Testimony before the Joint Economic Committee of Congress, February 20, 1967.]

A wage reduction in exchange for dividends could be very attractive to a union.  This is based on the fact that, in accordance with the laws of supply and demand, when a price for a good or service goes down, demand tends to increase.  If demand increases more in aggregate than the effect of the price decrease, profits will increase, and the workers who agreed to share in the increased profits in exchange for a decrease in fixed wages will be better off. 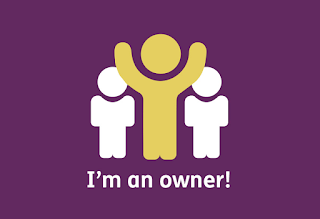 Suppose, however, that sales only increase to 200,000 units?  No problem, because the workers are no worse or better off than before as compensation remains the same.  What if sales stay the same at 100,000 despite the decrease in price?  Suppose sales actually decrease? 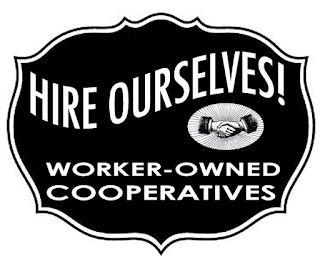 Now, that is a problem . . . but it suggests that demand is falling for the product, anyway, whether or not the price was reduced.  The product may be going out of style or it may just be a bad product.

Believe it or not, the workers are still better off by taking lower wages, as the company can continue to pay them while it figures out what is wrong with sales and fixes it.  Had the company had to keep on paying workers at the higher fixed rate, they would either have had to lay off workers or even shut down.

And that is something companies should be looking at now in light of the pandemic shutdown and economic decline.  Pay workers less now, but agree to cut them in on ownership — and profits — when things get moving again.

Even better, why not invest in automated machinery so that the company can get producing again without human workers?  That is, as long as the displaced workers are cut in on the ownership of the machinery that is replacing them, thereby either maintaining their income or even increasing it.

For those businesses that are having trouble finding people willing to work, why not offer an added incentive?  Ownership.  Someone who won’t work for mere pay might be willing to do so for a piece of the action — and there would be a lot more action to go around.  Studies by the National Center for Employee Ownership in Oakland,California suggest that companies that combine worker ownership with participatory management and profit sharing are on the average 150% more profitable than otherwise comparable firms.

Of course, that doesn’t do much for people who don’t work in the private sector or for for-profit enterprises, but as we will see in the next posting on this subject, there may be something that can be done for them right now, too.

In any event, this has got to be better than paying people not to work.