We wish we had better news than we have, but we don’t, but here goes, anyway: 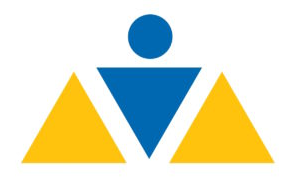 • Jobs AND Ownership.  Although it is true that the Just Third Way focuses on capital ownership “by as many as possible of the people,” we also recognize that most people today and in the foreseeable future will gain the bulk of their consumption income from jobs, which means wages.  Nor are we opposed to that in any way . . . although some very silly commentators have claimed without a shred of evidence that our opposition to the wage system means the same as opposition to a just wage.  What we really say is that relying on wages and welfare alone turns people into permanent dependents of whoever pays them or gives them money, and that is de facto slavery, which is inconsistent with the dignity of the human person.  That is why it is gratifying that the short series on this blog on what to do about the refusal of people to return to work when they are getting more by not working is so gratifying.  Nowhere do we say in “To Work, or Not to Work?” “Would the Unions Go For It?” or “A Way to Finance ‘Green’ Infrastructure” do we say anything about abolishing wages, although we hint strongly at abolishing the wage system.  For quite some time, a couple of centuries or so, we fully expect that most people will continue to center their income generation efforts on a job that pays wages.  It just won’t be a wage system job, as an increasing share of income would come from capital ownership, forcing employers to pay the real market rate of wages if they want to hire workers.  After all, if you want to know the real value of something, check the price of the alternatives in a free market.

• Stakeholder Capitalism.  In the Wall Street Journal a recent article spoke about the illusion of “Stakeholder Capitalism” (“ ‘Stakeholder’ Capitalism Seems Mostly for Show,” WSJ, 08/07/20, A-15).  It seems that last year about this time the Business Roundtable issued a statement, signed by “more than 180 companies committed to ‘deliver value to all stakeholders’.”  Following up with the signatories of the statement, the 30% of signatories that responded did so in a way that indicated they considered it a meaningless gesture.  According to its website, the Business Roundtable “is an association of chief executive officers of America’s leading companies working to promote a thriving U.S. economy and expanded opportunity for all Americans through sound public policy.”  What is interesting is that the Business Roundtable doesn’t appear to consider ownership a valid claim on “stakeholder” status . . . unless you own a large number of shares.  For example, the sole mention of worker ownership on the Business Roundtable site was the note that they had filed an amicus brief taking the stand that the courts should make it more difficult for ESOP participants to sue Plan trustees for breach of fiduciary duty (they were concerned that the courts would allow what were essentially “frivolous lawsuits,” that most courts get rid of as fast as they can, anyway).  As for minority shareholders, they backed a proposal that would take away most rights from anyone who owns less than $2,000 worth of a company’s shares.  This seems to be contrary to the interests of stakeholders with a claim rooted in the natural law, in favor of a vague and undefinable “stakeholder” status that has whatever meaning — if any — corporate management assigns to it.

• Pope Francis and Woman.  Also in the Wall Street Journal was the announcement that Pope Francis, head of the Catholic Church, has appointed six women to the group that oversees Vatican finances (“Pope Francis Names Six Women To Vatican’s Economic Council,” WSJ, 08/07/20, A-7).  This gives us something of an antinomous feeling.  On the one hand, the Vatican Council for the Economy clearly benefits from new blood from outside the Citta’s Old Boy Network that has done more to stifle effective action than the Protestant Reformation.  On the other hand, the appointments seem to have been made because the new members are women, not because they are the most qualified.  On the other, other hand (we’re starting to look like Kali here), women often seem to take more interest in the picky little details like where a few million or so Euros went without backup or support.  On the other, other, other hand, the way the appointments were made kind of relegates them to the status of tokens.  On the other, other, other, other hand (do octopi have hands?) we have previously advocated that key positions at the Vatican that do not require the priestly status be filled by qualified laity who do not have a vested interest in a Church career or in feathering their own nests; since women cannot be ordained (despite the obligatory discussion about women’s ordination in the article), a qualified woman is the ideal candidate for a high office at the Vatican, since she can’t use it to leverage herself into a bishopric or the papacy (or screw things up by campaigning against the pope to advance her own interests).  In other words, we like what was done, but the way it was done comes off as just a trifle second-rate.

• Poor Zalenski.  You have to pity the president of Ukraine, Volodymyr Zalensky.  As reported in the Washington Post (“Ukrainian Stole Billions, U.S. Alleges,” 08/07/20, A-9), he is connected to one of the country’s most rapacious oligarchs, Ihor Kolomoisky, who is now suspected of pocketing so much money stolen from PrivatBank that he is accused of having nearly caused the collapse of the economy.  Zalensky’s reform efforts were already on the skids, which is not exactly unexpected.  Whatever his personal integrity, Zalensky probably found out very quickly that using legal and ethical methods to institute reforms often goes nowhere, while using fire to fight fire (i.e., illegal, unethical, or questionable methods) often brings about a worse state of affairs.  We’re reminded of what happened to the reforming mayor of New York, Abram Stevens Hewitt, who was elected on a promise to clean up the city after the wreckage left by Boss Tweed, and found himself boxed in.  Personally honest and of the highest integrity, corruption under Hewitt reached heights exceeding that under Tweed’s control.  Frankly, without the Just Third Way of Economic Personalism and the ability to offer the people of Ukraine a deal so much better than the current system, Zalensky will probably go nowhere, and the country will only get worse.

• Blog Readership.  We have had visitors from 26 different countries and 39 states and provinces in the United States and Canada to this blog over the past week. Most visitors are from the United States, the United Kingdom, Cameroon, Canada, and Germany.  The most popular postings this past week in descending order were “Would the Unions Go For It?” “To Work, Or Not to Work?” “News from the Network, Vol. 13, No. 31,” “JTW Podcast, Communism, Part 2: The Road to Rerum Novarum,” and “Thomas Hobbes on Private Property.”