In the previous posting on this subject, we noted the fact that inflation-indexing capital gains would stop a rather shady practice that taxes people on income they never earned and never received.  As we noted in the first simple example we gave, if someone pays $10 for something, the value of the money drops by half, and then the thing is sold for $20, the seller realizes no actual gain at all, but is taxed as if there was a $10 gain.  This is unfair by any measure. 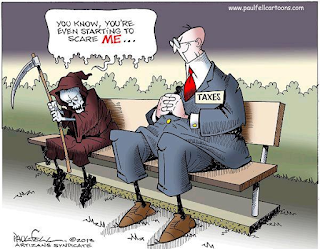 For example, under the current system, if an investor buys $100,000 worth of stock and sells it ten years later for $150,000, the investor would realize capital gains of $50,000 . . . even if the value of the dollar has dropped by half in the meantime.  If, however, the transaction took inflation into account, the $50,000 gain would become a $25,000 loss.  Instead of a tax liability, the investor would have a tax deduction.  Assuming a 40% total income tax rate, instead of receiving $20,000 in taxes, the government would — in essence — pay out $10,000.  It would be difficult to convince a politician (or a tax collector) of the benefits of inflation-indexing capital gains based on the current tax system and economy. 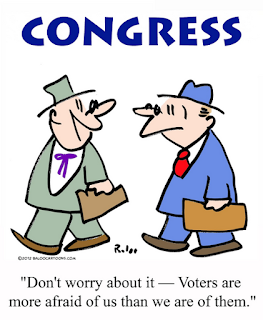 Worse (for the government), homeowners would get the same benefit, even if (strictly speaking) a house used as a primary residence is not a “capital asset.”  (Of course, if we’re talking rental property, this does not apply.)  On the other hand, since a primary residence is not an actual capital asset but a consumption expense, the Congress could easily allow inflation-indexing of gains on home ownership, but not allow recognition of loss on the value over time, absent some sort of catastrophic loss not covered by insurance.

Still, this does not get to the heart of the problem, which is the big contradiction at the heart of Keynesian economics.  The real reason capital gains, whether or not indexed, is such a trigger item, is that the U.S. financial system is locked into a very bad way of operating.  In the mistaken belief that accumulated wealth is essential to finance new capital formation, capital gains — gains on invested capital (obviously) — should be taxed at a favorable rate to encourage people to invest and reinvest their savings instead of spending the money on consumption. 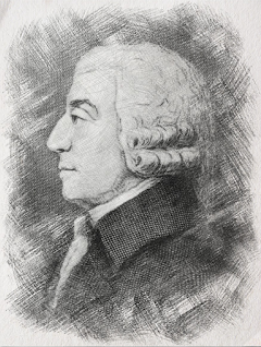 That, of course, comes into direct conflict with Adam Smith’s first principle of economics as stated in The Wealth of Nations, “Consumption is the sole end and purpose of all production.”  In an ideal world that operates perfectly, consumption would exactly equal production.

“Wait!” you say.  “If everything produced is consumed, then where do we get the money to finance new capital in order to produce?”  That is a simple question, but it has a very complicated, two-part answer.

Now, whether the consumer is somebody who consumes it directly, or uses it to produce other marketable goods and services is completely irrelevant to the person who sold it.  It was sold, therefore it was consumed.

The Keynesian idea that you must have production that is not consumed in order to accumulate money savings for investment is ludicrous, especially when you realize that the production not for consumption must be sold — consumed — if it is to generate money savings!  In other words, Keynesian economics requires that people both consume and not consume at the same time under the same conditions . . . which violates the first principle of reason, that nothing can both “be” and “not be” at the same time under the same conditions.

But wait, it gets better.

Two, it is incontrovertible that savings are essential for financing new capital formation.  The problem with Keynes is how he defined savings, and did so as an assertion . . . and then contradicted his own assertion!  As he said,

Keynes defined income essentially as revenue from sales less the direct costs of production, albeit defining direct costs somewhat differently than an accountant would.  Thus, the income of an entrepreneur consists of revenue minus what it cost to produce what was sold.  For a worker, income consists of the price of labor minus what it cost to make the labor effective, e.g., tools, uniforms, gear, etc., but not food, clothing, shelter, transportation, except under special circumstances.

Keynes did attempt to differentiate “consumer” demand from the demand for new capital, but that is a difference that makes no difference in the aggregate supply and demand equation.  It’s possible that Keynes would actually agree with what we’re saying, especially since he relied on currency manipulation to turn production for non-consumption into production for consumption (yes, it’s as weird as it sounds).

The bottom line here is that, stripped of its confusing language, Keynes’s definition of saving is effectively past reductions in consumption, a definition we do not think any Keynesian, Monetarist, or Austrian economist would dispute . . . and that’s the problem.  As a side note, it’s such a problem that even Keynes had trouble with it.  After stating that as far as he knew nobody defined saving any other way than past cuts in consumption, he spent about twenty or so pages explaining how “everyone” doesn’t include those stupid people who don’t agree with him, i.e., who think that “saving” includes future increases in production!

In other words, Keynes first said no one believes anything other than what he said, and then attacked the people who didn’t believe what he said. . . .

The bottom line here is that Keynes didn’t define saving properly, and that skewed his entire system, as we will see in the next posting on this subject.