To Work, or Not to Work?

. . . but is that the question?  Quite a few people have noted over the past several months that the enhanced unemployment benefits have persuaded a number of people not to return to work.  It seems that some people are actually getting more income by not working than they did when they were employed.  As noted in yesterday’s (August 3, 2020, p. A-16) Wall Street Journal,

Wage replacement rates vary by a worker’s state and prior earnings.  Lower-income and part-time workers have the highest replacements rates.  A California worker who previously made $300 per week would receive $150 in normal state benefits plus $600 for a total of $750.  The same worker in Oregon would get $795. . . . A worker in Louisiana who made $2,400 from part-time jobs all of last year would collect $2,516 a month in jobless benefits today — $29 a week from the state plus the $600. 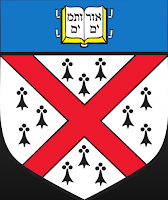 Remarkably, however, the Journal reports that a study by Yale University economists finds that the $750, $795, or $629 a week paid to someone who otherwise would have gotten $150, $195, or $29, respectively, is not a disincentive to return to work!  As the Journal reported, “The Yale economists found that higher wage replacement rates didn’t reduce rehiring at small businesses in their sample.”

Of course, there was a slight problem in the sample used by the Yale economists.  The population was restricted to those who make more money employed than on “wage replacement” anyway!  Of course there is no disincentive if you make more money by returning to work.

But what about the population that would make significantly less money by returning to work?  Interestingly, they were excluded from the sampling!  As the Journal reported, “[T]he study excluded part-time workers and those who hadn’t been working at a business in their sample last year.” 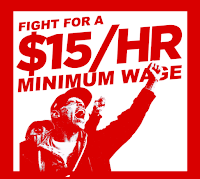 The Yale economists also didn’t ask employers if they were having trouble finding workers — which they are.  As the Journal piece noted, at a Honda plant in Ohio, the company had to ask office workers to fill in on the assembly line as they couldn’t match the wage replacement rate for the temporary workers they ordinarily would have hired.  It seems that the average $17 per hour ($2 more than the “Fight for 15” is demanding) — or $680 per week — can’t compete with the $940 ($23.50 per hour, assuming a 40-hour work week) potential workers are getting from the state with the extra federal money.

And it’s all on the backs of the taxpayer.

Now consider the situation where people have to be lured to work because they can survive on their own without working.  Alexis de Tocqueville described such a situation in Volume II of Democracy in America (1840) to explain the “Influence of Democracy on Wages” (II.3.vii)

As de Tocqueville argued, democracy (in America) leads to widespread capital ownership, even if it’s not enough to make someone wealthy.  It does, however, equalize social and economic conditions, which means that prospective employers have to offer the free market rate of wages, not what someone (else) has decided is a just or living wage.  As he explained,

I shall take for example that branch of productive industry which is still at the present day the most generally followed in France, and in almost all the countries of the world — I mean the cultivation of the soil. In France most of those who labor for hire in agriculture, are themselves owners of certain plots of ground, which just enable them to subsist without working for anyone else. When these laborers come to offer their services to a neighboring landowner or farmer, if he refuses them a certain rate of wages, they retire to their own small property and await another opportunity.

Thus, workers-for-hire will survive if they cannot find work because they already have their subsistence taken care of.  They won’t have luxuries, but when it’s a matter of survival, the luxuries are (usually) the first things to go, anyway.

Now, it’s possible that this could be done with a taxpayer-funded government program as well as by the private sector, but there’s a flaw in that.  The problem the Wall Street Journal notes is caused by the fact that the current arrangement pays people not to work.  Someone is given the choice of either, say, $300 or $750.  Anyone who takes the $300 is automatically out $450.  This is a no-brainer.

The only way to ensure that people will work is to guarantee that they won’t lose money by taking a job.  If someone got $750 whether or not he or she works — a “Universal Basic Income” (which is what the Yale economists might have in the back of their minds in the first place) — then a person could increase his or her income to $1,050 per week by taking a job for $300 per week.

There would be no disincentive to work, as those who want to work would not be harmed by finding employment, while those who work just to gain income would stay home.  Of course, as de Tocqueville pointed out, employers would have to offer more money to get the workers they need, which would drive up wage costs, increase prices, and hit consumers with the double whammy of colossal tax increases to fund the UBI and rapidly escalating cost of living . . . leading to further increases in the UBI.

On the other hand, a private sector solution that has the potential to provide everyone with “Universal Basic Ownership” to provide a subsistence would also remove the disincentive to work and raise wages . . . but without increasing taxes or raising the price level.  A program of expanded capital ownership such as the proposed Capital Homestead Act would actually do everything the UBI, unemployment compensation, and government welfare payments try to do, and without the downsides, as we will explain in the next posting on this subject.