It appears that some people might be waking up to the potential of expanded capital ownership for spearheading an economic recovery, especially since it not only enables more people to be productive, it empowers them with the ability to consume without redistribution.  Of course, at present all the proposals apply only to people who are employed by for-profit companies, and to make expanded ownership truly effective as an economic force requires that everyone be a capital owner, especially anyone who doesn’t work for a for-profit enterprise or who can’t work at all, but it’s a step in the right direction:

• ESOPs and Economic Recovery.  According to the National Center for Employee Ownership (NCEO) in Oakland, California, ESOPs can play a vital role in restoring the U.S. economy, as a recovery that benefits only the rich and is focused on speculative gains on Wall Street fueled by inflating the currency is not exactly what could be called sustainable.  As Loren Rodgers notes on the NCEO blog, “[t]he Temporary Federal ESOP Grant Program Act (S 4236) was introduced by Sen. Ron Johnson (R-WI) on July 21, 2020, and is cosponsored by Sen. Tammy Baldwin (D-WI). The bill has the potential to create new ESOP companies, to expand the amount of employee ownership in current ESOP companies, and to inject working capital into ESOP companies to make them stronger.”  Consequently, “[t]he U.S. economy will recover from the COVID-19 outbreak, but the distribution of the benefits of that recovery remains an open question. A recovery that accelerates the concentration of wealth will increase the fragility of our economy, and this bill recognizes that employee ownership can both strengthen the recovery and ensure that working Americans receive a just share of future economic growth. If American workers have a larger ownership stake in the post-COVID economy, the recovery will be both broader and deeper.” 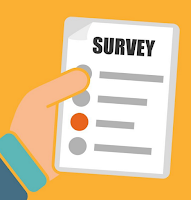 • Expanded Ownership and the Pandemic.  The NCEO also reports that companies with ESOPs seem to be faring better on the whole than non-ESOP companies in the current situation.  As reported on the NCEO blog, in response to a survey of ESOP companies, “[t]he survey received 160 responses from a fairly diverse group of ESOP companies. Two-thirds of respondents said that being employee-owned has had a very or somewhat positive effect on their handling of the COVID-19 pandemic. Most of the remaining third reported neutral or no effects, and just 3% of respondents reported negative effects.”

• Levar Burton.  For decades Levar Burton, best known probably for his role in Star Trek: The Next Generation, has been doing tremendous work helping advance literacy and general knowledge among children (or, if you prefer, “kids”).  We don’t know all the ins and outs, and to be honest when we watched his show Reading Rainbow it was pitched at a lower level than even our stage of development, but it got children/kids reading (or being read to, which can be even more important in some ways) and did a great deal of good.  His podcast is pitched at a higher level, and in any event, it seems that efforts such as his should be encouraged rather than otherwise, and you might want to check out Burton’s stuff . . . after you’ve finished your daily minimum requirement of the Just Third Way, of course. . . .

• Sensus Fidelium Videos.  Okay, they aren’t really “Just Third Way videos,” but they do incorporate a Just Third Way perspective, which is a lot better than nothing.  Even better, as of this morning, the videos have racked up total views of more than 10,000 — so far . . . not that we’re counting. . . . In order (if you want to see them; they are each about an hour long and you may want to mentally filter out the overtly “Catholic” religious material if that doesn’t appeal to you), they are, 1. The Groundwork, 2. The Road to Rerum Novarum, 3. Putting on the Socialist Spin, 4. Modernism Madness, 5. Catholic Doctrine v. the New Things, and 6. Msgr. John Ryan and How to Change Doctrine.  The point of the videos is to explain how socialism and socialist assumptions got such a stranglehold on the understanding of the role of the State and thus the interpretation of Catholic social teaching.

• Blog Readership.  We have had visitors from 25 different countries and 37 states and provinces in the United States and Canada to this blog over the past week. Most visitors are from the United States, the United Kingdom, Canada, India, and Pakistan.  The most popular postings this past week in descending order were “A Way to Finance ‘Green’ Infrastructure,” “News from the Network, Vol. 13, No. 32,” “Backwards Capital Finance to How,” “Do We Need a Theocracy?” and “JTW Podcast, Communism, Part 3: Putting on the Socialist Spin.”