What They Should Have Read

It’s that time of year when various publications, online and off, come out with their lists of “best books of 2019,” some of which the people who said they read them might actually have done so.  A lot of the lists, however, sound more like books you leave on view so people will be impressed that you (presumably) read them than something they actually wanted to read.  And what better way to put hoi polloi in their places than to be asked for a list of books that you thought were the best?

We’d like to take a different tack for our list.  First, we’re not going to ask anyone for his or her opinion.  This is our blog, not theirs, and we’ve been saying for over a decade if you want to be a guest blogger, keep it within 1,000 words and make sure it’s consistent with the Just Third Way.  Otherwise, start or continue your own blog.
Second, we’re not going to make a list of the best books we did read, but of the books you should read.  Nor is this list comprehensive, authoritative, or even adequate.  It’s not even books we read this year, although we did read them previously and often refer to them, especially when we’re writing new books that will (of course) appear on all the lists of best-books-I-really-read-and-actually-liked for 2020 . . . or as soon as they’re published, that is.
Third and finally, we’re going to keep it short, half a dozen or so books.  Nothing in more than one volume, are rare or costly, or that might require too much brainpower.  Of course, we realize that requiring any brainpower these days might be too much, but there’s nothing we can do about that, at least for now.
At least we’ve spared you William Winslow Crosskey’s Politics and the Constitution in the History of the United States (Chicago, Illinois: University of Chicago Press, 1953), the massive two (and a third posthumous) volume work that dissects the 150-year downward trend of constitutional law under the United States Supreme Court.  According to Crosskey, under pressure from pro-slavery advocates, the Court changed the whole orientation of constitutional law in the U.S. from sovereignty of the people to state sovereignty in its notorious decision in Scott v. Sandford (60 U.S. 393 (1857)).  By the way, did you know that the Court misspelled Sanford’s name?  Bad law and bad spelling at one and the same time.
The Fourteenth Amendment overturned the Scott decision, but was in turn nullified by the Court’s decision in the Slaughterhouse Cases of 1873.  It’s an epic that makes Chicago in the 1920s sound like a walk in the park.
It ain’t pretty, and we have an outline of a book giving Crosskey’s thesis in a much more popular way, filling people in on all the non-legal details behind certain key court decisions . . . as soon as we write it.  A law professor has indicated interest in collaborating on something, and it’s a topic with extreme relevance in our day when both the Executive and the Supreme Court have usurped the powers of the Congress in the U.S.
So here goes: 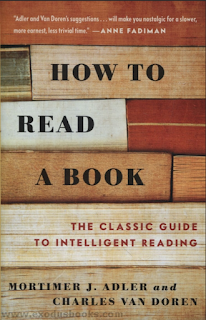