Are the Computers Taking Over?

According to Ray Kurzweil and generations of science fiction writers, the human race is in a great deal of trouble.  In books and films he has warned of a coming “technological singularity.”  That is a hypothetical future point in time when technological growth becomes uncontrollable and irreversible, resulting in incomprehensible changes to civilization.


As the “singularity hypothesis” is usually explained, some kind of self-programable computer program will eventually upgrade itself to the point at which a “runaway reaction” occurs.  This will consist of new generations of increasingly intelligent computers appearing with greater rapidity until there is an intelligence “explosion” that creates a gigantic superintelligence that is qualitatively greater than all human intelligence.
The end result is that computers control human beings instead of human beings using computers as tools, a rather terrifying instance of “own or be owned.”  Yes, as Louis Kelso reminded us in his article, “Karl Marx the Almost-Capitalist” (American Bar Association Journal, March 1957), “Property in everyday life, is the right of control.”  If the machines or other people control us, then they to all intents and purposes own us.
Dr. Noriko H. Arai, a Japanese mathematician and robotics expert, disagrees . . . up to a point.  As she noted in a “Ted Talk,” there’s a crisis, all right.  No doubt about that.  Computers already far surpass human capabilities on a scale that few if any people are willing to consider or even comprehend.  And this is leading to a disaster of unimaginable magnitude.
But it’s not “artificial intelligence” that is the threat.  It’s not even the increasingly rapid development of computer capabilities.
As far as Dr. Arai is concerned, the real problem is not that computers are advancing, but that human beings are regressing!  Computers aren’t becoming more human.  Human beings are becoming less so, and it’s all (according to her) the fault of Academia.
As Dr. Arai explained, computers don’t really think in the sense that they comprehend what is said to them or what they say.  There is no real thought in simply accumulating information or ways of doing things.  That is all rote.
The famous “Jeopardy! Challenge” a few years back in which a computer, “Watson,” defeated three human contestants, was simply a test of memorization, which any computer can do far better and efficiently than a human being ever can.  Dr. Arai explained that the Jeopardy! “answers” (the game format is that contestants are given the “answer” and asked for the “question”) are all the same type of question: they give key words that contestants relate to their stored information, which allows them to select the correct response.

This is the way computers “think.”  They take key words in a query and come up with the likeliest response per the information in their memories.  The problem is that if the computer selects the wrong key words or puts the wrong emphasis on them, it can generate an answer that is grammatically correct, but that makes no sense given the query.  Dr. Arai gave a number of examples of this in a recent interview on Japanese public television, Direct Talk on NHK World.
Dr. Arai’s concerns seem to have begun when she set out to develop Todai Robot, an Artificial Intelligence project, that could pass the entrance examination for the University of Tokyo, considered one of the top, if not the top, university in Japan.  As she stated, though, her robot performed better than 80% of the students taking the exam . . . but it didn’t understand one word of it! 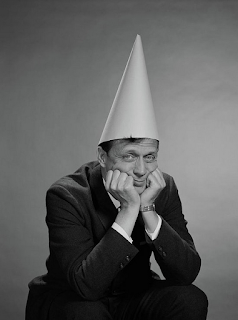 She then devised a test to be given to university students in Japan (but noted that she believes the problem is pervasive throughout the world) that anyone with a minimal level of reading comprehension could pass with flying colors.  We saw some of the questions translated into English during her NHK World interview, and they were, frankly, “Mickey Mouse” (i.e., painfully easy) questions.
Only 40% of the students passed the test.
Dr. Arai concluded that the main problem is that most students are being “taught” the same way computers are programmed.  Enormous amounts of information and predetermined paradigms for solving problems the “right” way are fed into them.  As a result, new “solutions” in business and politics (and everything else) tend to be ways of doing the same thing, only more so.  Generations of students have been carefully trained to be “idiot savants,” regurgitating information and predetermined paradigmatic solutions virtually on demand . . . which cannot compete with computers doing the same thing.
Surprisingly, Dr. Arai fell into her own trap!  She noted that as computers take over more functions and jobs previously done by human beings, there won’t be enough jobs for human beings!  The Just Third Way paradigm that would result in her asking the more fundamental question, “Why do human beings need jobs in the first place?” does not seem to have occurred to her. 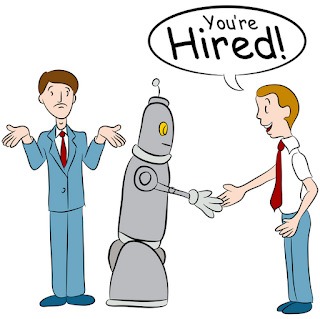 She then laid the groundwork for the Just Third Way response by raising the question of the future of human education: “How can we help kids excel at the things that humans will always do better than Artificial Intelligence?”  She specifically mentioned tasks that require comprehension and understanding as opposed to manipulating existing information, a task at which computers excel.
This does not, of course, apply to those people of great ability who manage to overcome the deficiencies of modern education.  Unfortunately, modern society seems determined to isolate and eliminate such people except in the physical sciences as fast as they can, with ridicule, alienation, and ostracism.
Conform or die . . . especially (from a Just Third Way perspective) in economics, which is held in bondage by the Currency Principle and insists in the face of all the evidence to the contrary that past savings are essential to finance new capital formation — and can find reasons to dismiss all the proofs and evidence, even when their reasons are flat contradictions of other things they just said.  Truth ceases to have any meaning in such an environment.  Ironically, even people who agree with the mainstream paradigm in any area of thought find themselves alienated and ostracized if they agree . . . but in the wrong way! 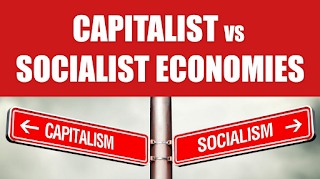 Take, for example, CESJ’s advocacy of the free market.  To many people “free market” and “capitalism” are equivalent terms, even though most people in capitalist economies have neither the opportunity nor means to own capital!
And the “unfree market” supporters?  Socialists.  If you’re against the alleged free market of capitalism, even when you know it’s not free, you are ipso facto a socialist.  Period.  Capitalism and socialism are your only choices . . . at least within the past savings paradigm.  Economic personalism is not an option, unless reconfigured (reprogrammed) to fit the either/or paradigm of capitalism and socialism.
The future savings paradigm governed by the Banking Principle?  That’s another world altogether . . . but it is outside of what is taught in Academia these days and thus cannot be comprehended by anyone who looks at it insisting on applying what he or she learned by rote about the Currency Principle and past savings.  Future savings are not in the computer, it “does not compute” because people hearing about it keep insisting that what the Banking Principle really is, is another application of the Currency Principle, not something beyond it entirely.
As Dr. Arai said, lack of reading (or listening) comprehension is seriously hampering not only education, but civilization itself.  The question is what to do about it, and that is what we will look at when we address this subject again.
#30#
Posted by Michael D. Greaney at 6:00 AM