How to Have Your Cake and Eat It

In case you haven’t noticed, there is something of a split in modern society.  On the one hand are those who believe that you only deserve what you work for, and if you don’t have something, it’s because you didn’t work for it.  You are lazy, shiftless, and worthless.


On the other hand, there are those who believe that people should get what they need simply because they need it.  If you don’t have something, it’s because someone is selfishly withholding it from you. 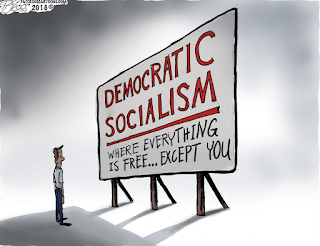 In (very) general terms, these two beliefs are loosely grouped as “capitalism” and “socialism,” with gradations between them ranging from “democratic capitalism” to “democratic socialism.”  These are usually some form of the Welfare or Servile State.
Not considered is a state of society characterized by widespread ownership of capital.  In many cases it’s not even on the radar.
Of course, the question that comes to mind (or that should come to mind) is how this state of affairs developed.  Not surprisingly, we find its origin in the late eighteenth and early nineteenth centuries when advancing technology and methods of finance restricted ownership of the new forms of productive capital to relatively few people.
As more and more people became alienated from production, they were cut off from the ordinary means of personal empowerment.  They began seeking ways beyond traditional beliefs in politics, religion, and even marriage and family.  This was the birth of “the democratic religion,” socialism, that was intended to reintegrate people back into society by changing human nature and reinterpreting or abolishing traditional belief systems in civil, religious, and domestic society.
It surprises many people today who tend to equate all forms of “real” socialism with the Marxist version, but even Karl Marx and Friedrich Engels acknowledged that there were two fundamental types of socialism.  In their opinion, naturally enough, their version of “scientific socialism” that they called “communism” was better as all the others made some kind of compromise with traditional forms of society.  This was the point of Engels’s essay, Socialism: Utopian and Scientific.
All forms of socialism, however, embodied an assumption directly at odds with the institution of private property.  Although the idea was hardly new, this was the idea that people have a right to receive what they need, rather than a right to the means to acquire what they need — equality or equity of results, rather than equality or equity of opportunity.  As Marx put it in his Critique of the Gotha Program, “From each according to his ability, to each according to his needs.”
Private property, however, is based on the assumption that what anyone receives is commensurate with what he or she contributes to a common endeavor; “From each according to his abilities, to each according to his inputs”: classic distributive justice.  Any lack was traditionally made up by charity or, in emergency situations, by a temporary redistribution by duly constituted authority.
Obviously, this shift in the principle of distribution from proportionality of inputs to need required either the abolition or revision of all institutions based on the old assumption of distributive justice, or that put themselves above or beyond the State in any way.  Civil society was founded on the principle inherent in private property, so it had to be completely reshaped.
Distribution in religious society, especially the most organized one of the Catholic Church, was based on charity, but acknowledged the primacy of the State in civil society, and thus had an inherent respect for private property.  Distribution in domestic society, the Family, was based on paternal or domestic justice that distributes on the basis of need in common with the religious principle of charity, but also respects private property in the civil realm and relations with other families, and usually internally in relations with family members.
Further, both domestic society and religious society, although they embody a form of the socialist principle of distribution on the basis of need, embodied two fatal flaws as far as the socialists were concerned.  One, they acknowledged the primacy of the State — and thus the sanctity of private property — in matters outside of their own purview.
For example, a family member or religious adherent who commits a crime against another family member or co-religionist is generally regarded as subject to civil penalties, not domestic or religious, even though the offense occurred within a family or church.  This meant that even though domestic and religious society had the “right” socialist view of distributive justice as being based on need, it was useless as it could not be extended to civil society given traditional forms of society.  Purely domestic or religious principles could not legitimately be applied outside of a specific family or religion.
Two, traditional forms of domestic and religious society did not acknowledge the primacy of the State in purely domestic or religious matters.  For example, if parents discipline their children or a church denies a purely religious good or ceremony to a member or adherent, the civil authorities have no business intervening.  A child who is forbidden a piece of cake for mouthing off to his mother, or a pro-abortion politician who is denied the Eucharist has no legitimate civil complaint.
This is why all forms of socialism can be said to summarize the whole of their message or program as did Marx and Engels in The Communist Manifesto: “The abolition of private property.”  Different forms of socialism may permit something that they call “private property,” but while it retains the form, it loses the substance.  This is because in order to apply the fundamental principle of socialist distributive justice — distribution on the basis of need — the private property principle of distribution on the basis of relative inputs had to go. 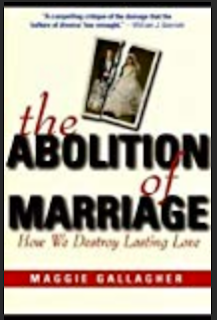 In order to accomplish this, the distributive principle of domestic and religious society had to be applied beyond the purview of families and churches.  At the same time, in order to ensure that traditional domestic or religious authority could not control the State, marriage and family as well as organized religion had to be undermined, even destroyed if found necessary or expedient.
All forms of socialism are, in fact, a way in which those who control the State can have their cake and eat it, too.  Socialism requires the application of domestic and religious principles beyond families and churches, respectively, but cannot permit families or churches to have any authority or power, even within their traditional areas.
Perhaps the best example of the inherent paradox of socialism can be seen in the almost incoherent “supernatural imaginary” (non-scientific myths) that developed in the Third Reich, and which continues to baffle historians and sociologists who try to synthesize a consistent body of Nazi beliefs.  In his paper, “Hitler’s Monsters,” Eric Kurlander noted,
Nazi leaders were clearly ambivalent about the degree to which they should appeal to specific occult doctrine, folklore and mythology, or eastern and pagan religions, in fashioning their Third Reich.  Nevertheless, as Himmler suggests, it was the very malleability, the pragmatic avoidance of a particular political or religious worldview, that made the “supernatural imaginary” so useful in propagating Nazi ideology.  “It was not a matter of reactivating mythical-magical thinking”, writes Wolfgang Emmerich,
. . . and even less so the various contents of myths, it was rather a refunctionalizing of the mythical in the sense of fascist rule.  In order to be useful, the mythical presentation had to choose a middle road between vagueness and specificity, for either the intent of the mythos is too dark to be useful or it is too clear to be believed. (Heinrich Himmler, as quoted in Wolfgang Emmerich, “The Mythos of German Continuity”, in James R. Dow and Hannjost Lixfeld, The Nazification of an Academic Discipline: Folklore in the Third Reich.  Bloomington, Indiana: Indiana University Press, 1994, 37.)
National Socialism’s inherently contradictory social and political message — attacking the forces of capital while vilifying the Left; nationalizing industry and protecting private property’; encouraging religious freedom and denouncing the Jews; advocating social welfare and universal health care while eliminating the biologically inferior — was only possible through the widespread inculcation of a supernatural, quasi-mythical vision of the world that accused Jews, communists, freemasons, foreigners and any other scapegoats of monstrous powers and intentions.  (Eric Kurlander, “Hitler’s Monsters: The Occult Roots of Nazism and the Emergence of the Nazi ‘Supernatural Imaginary’,” German History, Vol. 30, No. 4, 2012, 539-540.)
How such contradictions could be taken as fundamental assumptions of society will be continued when we post again on this subject.
#30#
Posted by Michael D. Greaney at 6:00 AM