Why Modern Monetary Theory is Illogical

“Modern Monetary Theory” or “MMT” is the theoretical framework for virtually all monetary policy in the world today.  Even those who reject MMT do so within the context of the very system they reject.


If that sounds paradoxical, it’s because it is.  The paradox can be traced directly to the most fundamental principle of modern monetary theory (note the absence of capitals; we do not mean Modern Monetary Theory, but monetary theory in modern times) is the “Quantity Theory of Money” equation,
M x V = P x Q
This equation, first formulated by Irving Fisher (1867-1947) using concepts that appear to have been suggested first by Sir William Petty (1623-1687), states the relationship between the variables involved in the interactions of economic activity.  The usual interpretation of the theory is that the money supply and the price level in an economy are in direct proportion to one another.  When there is a change in the supply of money, there is a proportional change in the price level and vice versa.
To understand why the usual interpretation is half-wrong (which is far more damaging than being completely wrong), we first have to understand the equation.  It is straightforward algebra:
·      M = the quantity of money in the economy,
·      V = the velocity of money,
·      P = the price level, and
·      Q = the number of transactions in the economy.
As for what this special language means, M is the quantity of things recognized as “money” in an economy.  V is the average number of times each unit of money is spent during a period.  P is the total amount spent in an economy divided by the number of transactions.  Q is just what it says, the total number of transactions in the economy.
Now here is where things get interesting.  There are two ways of looking at the Quantity Theory of Money equation.  One is called the Banking Principle, and the other is called the Currency Principle.
Both principles are slightly misnamed.  This is because the Banking Principle doesn’t necessarily involve banks but describes the banking function, a minor semantic issue.  The Currency Principle does involve currency but limits the definition of money to currency and currency substitutes — and that leads to some serious problems.
Despite modern commentators who insist on misstating the Banking Principle in terms of the opposing Currency Principle (we did mention that this gets interesting, didn’t we?), both principles can be stated and understood very easily, given the Quantity Theory of Money equation:
·      Banking Principle: The number of transactions, the price level, and the velocity of money determine the amount of money in an economy.
·      Currency Principle: The amount of money determines the number of transaction, the price level, and the velocity of money in an economy.
Anyone who remembers anything at all of high school algebra should now already see the fundamental serious problem with the Currency Principle.  Should, of course, but probably won’t.  It’s human nature not to see something so obviously wrong.  Besides, no teacher would ever dare put this question on a test for fear of getting run out of the classroom with an angry mob of students hot on his or her trail because it is so obvious it turns into a "trick question." 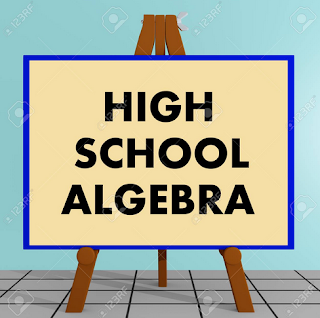 Here is the problem, and it’s a doozy.
There is one equation with four variables.  One of the first things people learn in algebra is that you cannot have more than one unknown or “dependent” variable per equation, or the equation cannot be solved in one dimension, and one dimension is the only thing that makes sense in monetary theory.
Of course, if you have one equation and two dependent variables you can get a range of possible answers in two dimensions, and with one equation and three dependent variables you can get a range of possible answers in three dimensions, and so on . . . but what good does that do anyone?  Monetary policy needs to answer only one question in one dimension: How much money is needed in the economy?
The Banking Principle answers that question very readily, and then moves on to other questions, such as how best to ensure that the amount of money in the economy is uniform, stable, “elastic”* and asset-backed.  These are all essential characteristics of money, regardless how much there is or what form it takes.
*”Elastic” in monetary theory refers to a money supply that expands and contracts directly with the needs of the economy, so that there is neither inflation nor deflation.  If prices change, it is because of changes in supply and demand, not because someone changed the unit of measurement.
As far as the Banking Principle is concerned, the question “How much money is needed in the economy?” actually answers itself.  Assuming the system has been properly designed and is operating within established parameters, exactly enough money will be created as is needed.  Under the Banking Principle, “money” — the medium of exchange — is created when people enter into agreements to exchange goods and services and is cancelled when the goods and services are delivered.
Thus, looking at the Quantity Theory of Money equation from the perspective of the Banking Principle, there is only one dependent variable in the equation, and it is one that takes care of itself.  How much money does there need to be?  As much as is needed, of course, and given that money is only created by entering into actual transactions and only cancelled when the transaction is completed, there is always exactly enough money in the economy to do the job.
And the Currency Principle?  As both Aristotle and Aquinas agreed, a small error in the beginning can lead to great errors in the end.  This is not, however, a small error that leads to great errors.  It is a great error that leads to cosmically huge errors.
Under the Currency Principle, which is the theoretical basis of Modern Monetary Theory, the question “How much money is needed in the economy” is answered by saying, “Gee, I dunno.  Let’s make a guess, fiddle with things, hold our breaths, and hope it comes out right.”
This is because under the Currency Principle, instead of having one dependent and three independent variables that you have for the Quantity Theory of Money equation under the Banking Principle, you have one independent and three dependent variables.
One equation and three dependent variables?  Check your high school algebra textbook — you cannot solve that equation in one dimension.  You can only solve it for a range of answers in three dimensions . . . and even then, only if you know how the different variables relate to one another within the equation itself.
And that’s another problem.  The so-called Keynesian Money Multiplier claims (based on some very flawed assumptions, by the way) that increasing or decreasing the amount of money in the economy will affect V, P, and Q in some mysterious way that has more exceptions than you can shake a stick at.  Does doubling M mean doubling T?  Or does it double P, cut V in half, or some combination thereof?  Cross your fingers and hope for the best.
To try and make the equation work, different definitions of M have to be tried, different relationships between the variables assumed, and the characteristics of money manipulated, e.g., should the money supply be asset-backed or debt-backed?  Privately issued or government issued?  Gold, silver, dirt, or political whim?  Elastic or inelastic?  Stable or constantly changing?  Uniform or variable?
And so on, ad infinitum . . . and all to try and answer a question that the Banking Principle answers automatically.
Ironically, all the gyrations people have been going through for almost two centuries trying to come up with the magical incantation that will make the Quantity Theory of Money equation work under the Currency Principle could have been seen as completely unnecessary by any high school student who has taken algebra.  And why?
Like, fer shure, Dude, you can’t, like, you know, have more than, like, one dependent variable in an equation and hope to make, like, sense, you know?
Given that rather enormous problem with Modern Monetary Theory, you can argue all you like about interest rates, inflation, deflation, trade imbalances, reserve ratios, fractional reserve banking (which doesn’t mean what most people think, anyway), sterilization of exogenous money (no, we didn’t make that one up), and so on, so forth . . . but it doesn’t mean a thing because MMT is based on a flawed assumption to begin with.  Yes, people might by chance manage to create the right amount of money for an economy without causing too much damage (although don’t hold your breath), but that’s the point — it would be completely by chance!
Can the world today really risk its economic wellbeing on the chance that the politicians people curse for their stupidity and the bankers they excoriate for their villainy are going to make a good guess about something for which they cannot even state the basic principle?
Or is there a better way?
That is what we will look at in the next posting on this subject.
#30#
Posted by Michael D. Greaney at 6:00 AM