Things are still moving forward on the communications front, with a number of projects coming nearer to fruition.  The video short is almost ready, and some “book trailers” are being test marketed — and we’ve even gotten one prospective volunteer as a result of viewing one of the pilot videos already!  In other news:


• Justice University.  Plans are moving forward to establish “Justice University” to restore an understanding of fundamentals of human existence to Academia, from whence it has largely disappeared.  Part of this is due to the shift from actual education to job training, much of it for jobs that do not even exist.  More of it is due to the change in a culture that has become separated from its founding principles, perhaps best articulated in the philosophy of Aristotle, for whom the premier natural virtue was, of course, justice.  CESJ may have some pilot programs ready for testing before the end of this year.
• China’s Free Market?. It appears that the Chinese leadership may have given a unique twist to the free market reforms that have been allowed in the country.  It turns out that freedom is all very well in its way, but let’s not get crazy.  What the Chinese leaders want are the benefits of free market economics combined with rigid government control of the economy.  As a result, some Chinese entrepreneurs see no future in their own country and are leaving.  Of course, the underlying problem is that ordinary people are not empowered with capital ownership, and without that, there is no real base of support for a free market — or for keeping a country’s brightest and best at home.  As Pope Leo XIII reminded us back in 1891, when capital ownership is widespread, “Men always work harder and more readily when they work on that which belongs to them; nay, they learn to love the very soil that yields in response to the labor of their hands, not only food to eat, but an abundance of good things for themselves and those that are dear to them. That such a spirit of willing labor would add to the produce of the earth and to the wealth of the community is self evident. And a third advantage would spring from this: men would cling to the country in which they were born, for no one would exchange his country for a foreign land if his own afforded him the means of living a decent and happy life.” (Rerum Novarum, ∞ 47.) 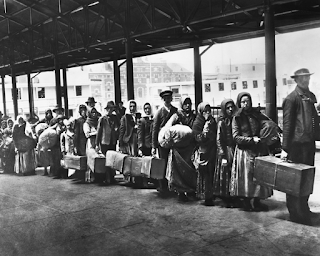 • Social Justice and Immigration.  While many people concerned with social justice issues are concerned with the “immigration crisis,” no one seems willing to discuss a possible long-term solution along the lines suggested by Leo XIII when he listed the benefits of expanded capital ownership.  If someone owns a farm or business and has a just government, why would he or she leave everything to go to another country?  As it is, virtually all immigrants that fall into the “crisis” category are leaving their own countries because of war, political oppression, or lack of economic opportunity.  If they had those things at home, why would they seek them elsewhere?  Further, if all countries had something along the lines of Capital Homesteading, workers would be in demand, and immigration would be encouraged rather than discouraged.
• Media Outreach.  This past week CESJ, in conjunction with Universal Values Media, Inc., has launched an experimental program of “Book Trailers” to test the effectiveness of this particular marketing tool.  A book trailer is a short video about a book, similar to a movie trailer familiar to movie goers for years, presumably inspiring viewers to see the film when it comes to a theater near you.  Book trailers are usually much shorter than the traditional movie trailer, usually less than two minutes, and can be liked and shared via email and the social media.  We urge our readers to view the trailers — the longest is a minute and fifty seconds, with most of them about sixty seconds — and share them throughout their networks.  In this pilot program we have a test trailer for Fulton Sheen’s Freedom Under God, Robert Hugh Benson’s Mainstream Novels, Benson’s book on Thomas à Becket, Easter Witness (a book about the Easter Rising of 1916), William Cobbett’s The Emigrant’s Guide, and So Much Generosity, a book about the fiction of Cardinals Newman and Wiseman and Benson.
• Oregon Rent Control.  In its quest to make housing affordable for low income people, the state of Oregon has enacted state-wide rent control to keep housing prices affordable.  While the initiative is no doubt well-meant, rent control adopted as a solution rather than as a temporary emergency measure virtually guarantees that there will be a housing shortage, as the situation in New York City demonstrates.  Rather than artificially raising wage rates (which automatically puts upward pressure on housing costs), it would be better to adopt a “minimum ownership” rate, not mandated, but enabled by opening up access to key institutions so that people can become capital owners gaining consumption income in a way that does not raise prices for them and everybody else.  As for affordable housing, why not adopt something like the proposed Homeowners Equity Corporation? 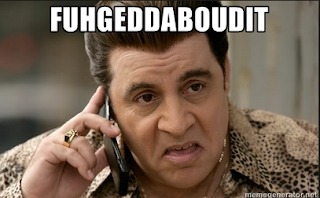 • Minimum Wage, Maximum Employment?.  Now that New York City has rent control and no affordable housing, and a minimum wage so that people still cannot afford to live in the city, there is now an initiative to make it harder for employers to get rid of workers.  This, of course, will make prospective employers very reluctant to hire anybody they think might be marginal; there will be no more giving people a chance to see if they work out.  Anyone with the slightest blemish on his or her work record (or even a lack of a work record) will have a very hard time finding a job, even at minimum wage.  As for recovering alcoholics, former drug users trying to go straight, people with any conviction for anything, or who don’t look right, are too fat or skinny, you name it — fuhgeddaboudit.
• Shop online and support CESJ’s work! Did you know that by making your purchases through the Amazon Smile program, Amazon will make a contribution to CESJ? Here’s how: First, go to https://smile.amazon.com/.  Next, sign in to your Amazon account.  (If you don’t have an account with Amazon, you can create one by clicking on the tiny little link below the “Sign in using our secure server” button.)  Once you have signed into your account, you need to select CESJ as your charity — and you have to be careful to do it exactly this way: in the space provided for “Or select your own charitable organization” type “Center for Economic and Social Justice Arlington.”  If you type anything else, you will either get no results or more than you want to sift through.  Once you’ve typed (or copied and pasted) “Center for Economic and Social Justice Arlington” into the space provided, hit “Select” — and you will be taken to the Amazon shopping site, all ready to go.
• Blog Readership.  We have had visitors from 35 different countries and 49 states and provinces in the United States and Canada to this blog over the past week. Most visitors are from the United States, Canada, the United Kingdom, the Philippines, and Brazil.  The most popular postings this past week in descending order were “Not the First Social Encyclical,” “Thomas Hobbes on Private Property,” “Are Socialism and Social Teaching the Same?” “News from the Network, Vol. 12, No. 8,” and “Fulton Sheen and the Problem of Savings.”
Those are the happenings for this week, at least those that we know about.  If you have an accomplishment that you think should be listed, send us a note about it at mgreaney [at] cesj [dot] org, and we’ll see that it gets into the next “issue.”  If you have a short (250-400 word) comment on a specific posting, please enter your comments in the blog — do not send them to us to post for you.  All comments are moderated, so we’ll see it before it goes up.
#30#
Posted by Michael D. Greaney at 6:00 AM