This past week seems to have been a “Justice University” week.  A number of projects relating to that endeavor have been advanced materially, and relationships are being built.  We’re also seeing increasing evidence that the world needs the Just Third Way, and for many reasons:


• Meetings With University President.  The CESJ core group has had a number of meetings with the president of a university in the Midwest, although not like this.  Discussions have been going very well, and CESJ has already gotten a first-hand refutation of our somewhat misplaced claim that no one in Academia is teaching justice.  Thankfully we were wrong.  We will have to start saying that not enough schools are teaching an adequate understanding of justice (and the “Social Justice Warriors” in many places are continuing to do all they can to discourage interest in and understanding of social justice).  The core group has been put in contact with the chairman of the Business Division, and we are looking forward to even more fruitful discussions on integrating the personalist principles of the Just Third Way into Academia.
• New Video Short, “People and Things.”  CESJ’s new video, “People and Things,” which was released to a limited audience last week, is getting some good feedback — but we need more.  We invite you to follow the link, take a look over the material, view the video, and send us your comments.  The video is, of course, not intended as a full course in the Just Third Way; it’s less than two minutes long, after all.  The idea is to “hook” the viewer with a simple and straightforward (not simplistic or dumbed down) presentation that’s friendlier than a six-hour lecture course.  What (sort of) inspired us was the way Dr. Seuss managed to convey some extremely complex moral and ethical issues through rhyme and pictures.  The idea is not to give the whole paradigm, but to get viewers to think about it and want to learn more.
• Video Project.  Work on producing some pilot videos that are more didactic in tone (but still entertaining, of course) is proceeding, although the usual glitches and delays occur with the usual frequency.  When a project is initiated using all-volunteer help and available equipment and materials, a quick turnaround is, of course, out of the question.  On the plus side, a successful completion of a couple of pilot videos will enable us to approach grant-making foundations with a “sample product” and a specific proposal to fund more productions.  It will also help us surface volunteers who like to work on specific projects and be able to tell their family and friends what they’ve done and show them.  High school and college students should also find both the videos and the production process of interest, especially in building a resume for continuing education or professional advancement (“getting a job”)..

• Spam Plan.  This week’s Wall Street Journal had an article about how to stop the tsunami of spam telephone calls: tax them, one cent a call for all telephone calls.  If that doesn’t work, raise the tax to five cents a call.  According to the article (which we unfortunately didn’t save), there were (are you ready for this?) fifty billion spam calls made last year in the U.S. alone.  That’s 50,000,000,000 telephone calls that NOBODY wants.  Taxing all telephone calls would hardly be noticeable for most individuals and legitimate businesses, but it would add $500,000,000 to the cost of the spam calls, which might put them out of business.  And if half a billion dollars in increased cost without return doesn’t do it, how about an additional $2.5 billion?  That’s more than the GDP of some countries (okay, the dozen or so poorest countries, but still . . .), and should make a dent in the endless and annoying interruptions to your life. 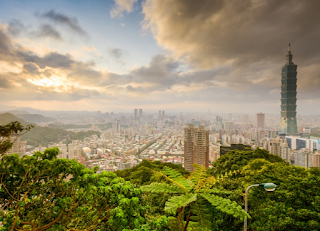 • Taiwan and the Just Third Way.  In today’s Washington Post (in an article we did not misplace), Josh Rogin gives an enlightening — and frightening — look at the situation Taiwan faces, relying on support that they are not getting from the U.S. to counter mounting pressure that they are getting from Communist China (“Taiwan Needs America’s Help,” The Washington Post, 03/29/19, A-19).  A growing number of people in Taiwan are starting to look at absorbtion into China as the best alternative for the future of the country, evidently having a blind spot to the situation in Hong Kong.  Of course, the best help the U.S. could give Taiwan is what would also be the best help the U.S. could give itself: a Capital Homestead Act to secure the dignity of every person.
• Jussie Smollett Charges Dropped.  At first it seemed like an outrageous example of how the Rich&Famous can get away with anything.  The mayor, police, and people are outraged.  So were we . . . until we thought about it for a moment.  Why did he stage a fake attack on himself?  Publicity.  What did he want?  Publicity.  What would bringing him to trail give him?  Publicity.  Refusing to bring him to trial may just be the best thing to do.  Why waste the taxpayers’ money to give Smollett exactly what he wanted in the first place?  Anyone who is truly outraged can stop watching his show, and any company can pull its advertising.  The worst thing that can happen to someone like that is to be ignored. 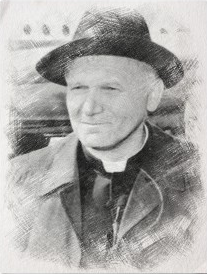 • CESJ Newsletter.  The Spring Issue of the new CESJ newsletter is well along and should be out before the end of April.
• CESJ Publications.  Work proceeds apace on a significant number of publishing projects, ranging from a compendium of short pieces by CESJ co-founder Father William J. Ferree, S.M., Ph.D., a second printing of CESJ’s classic Curing World Poverty, and What Happened to Social Justice.  There are also a number of other projects for other publishers that are in the works, including a short history of “Catholic Action,” a “Manual for Modernism,” and an introduction to personalism from the Just Third Way perspective.
• Shop online and support CESJ’s work! Did you know that by making your purchases through the Amazon Smile program, Amazon will make a contribution to CESJ? Here’s how: First, go to https://smile.amazon.com/.  Next, sign in to your Amazon account.  (If you don’t have an account with Amazon, you can create one by clicking on the tiny little link below the “Sign in using our secure server” button.)  Once you have signed into your account, you need to select CESJ as your charity — and you have to be careful to do it exactly this way: in the space provided for “Or select your own charitable organization” type “Center for Economic and Social Justice Arlington.”  If you type anything else, you will either get no results or more than you want to sift through.  Once you’ve typed (or copied and pasted) “Center for Economic and Social Justice Arlington” into the space provided, hit “Select” — and you will be taken to the Amazon shopping site, all ready to go.
• Blog Readership.  We have had visitors from 29 different countries and 44 states and provinces in the United States and Canada to this blog over the past week. Most visitors are from the United States, the United Kingdom, Canada, India, and South Africa.  The most popular postings this past week in descending order were “Freedom Under God,” “Just Third Way Special Video Broadcasts,” “News from the Network, Vol. 12, No. 12,” “The Four Pillars of a Just Market Economy,” and “Thomas Hobbes on Private Property.”
Those are the happenings for this week, at least those that we know about.  If you have an accomplishment that you think should be listed, send us a note about it at mgreaney [at] cesj [dot] org, and we’ll see that it gets into the next “issue.”  If you have a short (250-400 word) comment on a specific posting, please enter your comments in the blog — do not send them to us to post for you.  All comments are moderated, so we’ll see it before it goes up.
#30#
Posted by Michael D. Greaney at 6:00 AM