A New Vision for Ireland?

On April 24, 2016 Economic Justice Media, an imprint of the interfaith think tank, the Center for Economic and Social Justice (CESJ), published Easter Witness: From Broken Dream to a New Vision for Ireland.  There were many good books published about the Easter Rising during the centenary year, all of them well worth reading, so this volume from a small publisher got overlooked.


Given the fact that the issues raised in the book have yet to be addressed by the Irish or any other government, however, it might be even more timely than it was three years ago:

As the short video hints, the Easter Rising began on Monday, April 24, 1916 and ended less than a week later, to all appearances a blood-drenched fiasco.  Easter Witness, however, takes the story further, giving the political and economic context of the Rising. 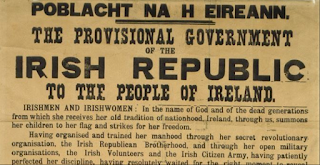 More important, the book presents a unifying and empowering new vision for the future of Ireland and for the world.
The book relies heavily on contemporary newspaper reports, Statements By Witnesses collected in the 1940s and 1950s by the Irish Bureau of Military History (Buro Staire Mileata) 1913-21, diaries, personal correspondence, and first-hand accounts of events leading up to the Rising.  This gives the reader a unique perspective for understanding a transforming world event.
The story begins with a concise overview of the Easter Rising and its aftermath. It then presents the often confused and confusing, century-long series of events that led to the decision by a small band of Nationalists to sacrifice themselves to bring an end to British rule of Ireland and reassert the sovereignty of every individual in a free and independent Irish Republic. 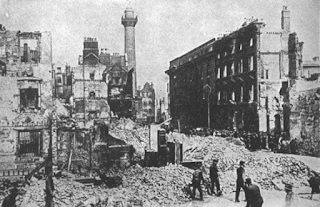 What makes Easter Witness unique and relevant for today, however, is that it concludes by presenting the outline of a proposal that has the potential to make Ireland a global model for systemic reform offering a more just and humane future for all.  This is a program of expanded capital ownership that would secure to every child, woman, and man the fundamental rights of life, liberty, and private property.
This, in the words of R. Buckminster Fuller, would “make the world work for 100% of humanity in the shortest possible time through spontaneous cooperation without ecological offense or the disadvantage of anyone.”  Even now, Ireland has the opportunity to establish and maintain a more free and just market system for the benefit of everyone in Ireland.  It would make Ireland a global model for the 21st Century for people throughout the world who desire economic and social as well as political freedom.
#30#
Posted by Michael D. Greaney at 6:00 AM