The Four Pillars of a Just Market Economy

In the previous posting on this subject, we looked at the principles of economic justice, 1) Participation, 2) Distribution, and 3) Social Justice.  These, we believe, are the essential building blocks of an economically just society. 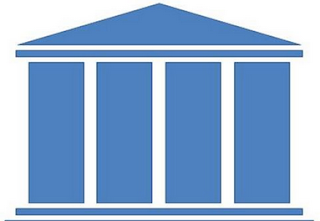 Principles by themselves, however, are not very useful.  They must be applied in order to become meaningful and useful.  That is why an important part of the Just Third Way are the guidelines for implementing the principles of economic justice, the four pillars of a just market economy.
The Four Pillars of a Just Market Economy” of binary economics and the Just Third Way are based on the same respect for human dignity that lies at the heart of the natural law three principles of economic justice.  Being based on natural law principles, binary economics recognizes a natural synergy, as opposed to an unavoidable trade-off, between economic justice and efficiency within a global free marketplace.
Rejecting laissez-faire assumptions and Keynesian prescriptions, binary economics holds that a truly free and just global market requires:
·      A limited economic role for the State: “Man precedes the State, and possesses, prior to the formation of any State, the right of providing for the substance of his body.” (Rerum Novarum, § 7.)
·      Free, open, and non-monopolistic markets within an understandable and fair system of laws as the most objective and democratic means for determining just prices, just wages and just profits (the residual after all goods or services are sold).  “Let the working man and the employer make free agreements, and in particular let them agree freely as to the wages; nevertheless, there underlies a dictate of natural justice more imperious and ancient than any bargain between man and man.” (Ibid., § 45.)
·      Restoration of private property, especially in corporate equity and other forms of business organization.  “Property” is not the thing owned, but the natural, inalienable right to be an owner (i.e., “access” — the generic right of dominion), and the socially determined and limited rights of ownership (i.e., “use” — the universal destination of all goods).  The rights of property include the enjoyment of the fruits or profits of what is owned.  As Kelso put it, “Property in everyday life, is the right of control” (Louis O. Kelso, “Karl Marx: The Almost Capitalist,” American Bar Association Journal, March 1957; Belloc, An Essay on the Restoration of Property, op. cit., 16-17. Cf. Rev. Matthew Habiger, O.S.B., Ph.D., Papal Teachings on Private Property, 1891-1981. Lanham, Maryland: University Press of America, 1990.) as well as enjoyment of the income.
As all the popes from Leo XIII through Francis have asserted, people should control what is owned and enjoy the income it generates.  They must own, not be owned. “A working man’s little estate . . . should be as completely at his full disposal (In context, “disposal” refers to control and enjoyment of the income.) as are the wages he receives for his labor.  But it is precisely in such power of disposal that ownership obtains, whether the property consist of land or chattels.” (Rerum Novarum, § 5.)
·      Widespread capital ownership, individually or in free association with others. As Leo XIII said, “The law . . . should favor ownership, and its policy should be to induce as many as possible of the people to become owners.” (Ibid., § 46.)
Consistent with these “pillars,” it is possible to finance expanded capital ownership for the currently propertyless by using commercial bank loans, backed by future profits tied to future increases in production, instead of using past reductions in consumption.  This is available today for 100% worker-owned companies under current U.S. law for Employee Stock Ownership Plans (ESOPs). 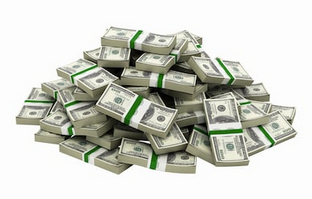 Social justice would promote laws to extend access to bank-financed capital credit to all citizens as a fundamental human right, like the right to vote.  Thus, everyone would be able to purchase capital by promising to pay for the capital once it becomes profitable — assuming that the promise is good, and the capital does, in fact, make a profit.  To secure the lender against the risk of loss if the capital is not profitable, the borrower should also have collateral: other wealth to make good on the promise or capital credit insurance and reinsurance.
To implement these reforms and restructure economic institutions as structures of virtue rather than injustice, CESJ’s proposed Capital Homestead Act would include commercial and industrial, as well as agricultural, capital.  The Act would be a green growth, equal economic opportunity program that would shift an economy from reliance on government to provide basic living, health, retirement, and other needs, to economic empowerment of all citizens through new jobs and universal access to capital ownership stakes in growing companies and new technologies.
A Capital Homestead, Economic Democracy, or Economic Empowerment Act — whatever name best suits the situation — would open up new opportunities and sources for financing faster rates of non-inflationary private sector growth.  Capital Homesteading monetary and tax reforms offer a sustainable way to finance such national, regional, state or provincial, and local needs as infrastructure, health, education, basic research, and security, as well as a social safety net.
#30#
Posted by Michael D. Greaney at 6:00 AM