There has been a great deal of progress made this past week in advancing our understanding of how the Just Third Way can help get the world out of the situation it is in and that offers a viable alternative to bankrupt (and bankrupting) Keynesian theories that have resulted in mountains of unserviceable debt in virtually every country in the world.  One message of the Just Third Way that today’s politicians need to take to heart is that it doesn’t have to be this way:


• The Coming Debt Crisis.  According to an article in the Wall Street Journal, as soon as holders of U.S. government debt realize that the government has been spending beyond its means for almost a century (yes, it won’t be long before 2033), they will start demanding more interest on the U.S. “bonds” they hold.  Why did we put “bonds” in quotes?  Because bonds, properly speaking, are financial instruments representing borrowing existing savings, and thus bear interest.  In reality, however, most government financial instruments known as bonds are in reality what are called “bills of credit” representing no borrowing of existing savings, but new money creation, and that should properly not bear interest, but pass at a discount.  That is a subject for another day, however.  The issue today is the claim in the article, “The Debt Crisis Is Coming Soon” (WSJ, 03/01/19, A-19), that the only way to avoid (or evade, depending on your point of view) the anticipated crisis is to make a drastic reduction in spending on entitlements, e.g., Social Security, Medicare, and other New Deal and New Deal type programs.  Unfortunately, having made as many people as possible utterly dependent on these programs, cutting them is neither moral nor politically feasible, however weak (or non-existent) the original moral or political justification for them was in the first place.  Oddly, neither the opponents nor the defenders of entitlement spending do the obvious and investigate a financially sound and politically feasible replacement for entitlements, Capital Homesteading. 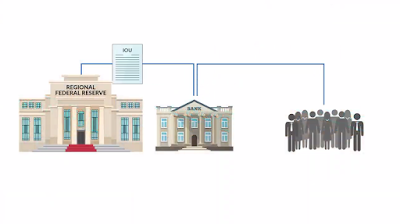 • Premier of New Video Short.  CESJ has completed “People and Things,” a short (less than two minutes) video designed to intrigue people about the Just Third Way and get them interested in finding out what this whole “Just Third Way” shtick is all about.  We’d like you to give a quick view and let us know how it strikes you.  A few caveats: 1) The video makes no pretense to presenting the entire Just Third Way; it’s sort of a “commercial” to get people interested in learning something about the Just Third Way.  You don’t expect a 30-second spot on television to tell you all about a product.  The idea is to let you know the product exists and let you know a little bit about what it does.  True, once in a while an automobile commercial (to take an example) will tell you some technical details, but that’s really to impress you with the quality of the product, not to teach you how to build or even drive a car!  So, give the video a look, and if you’re inspired to find out more, pay a visit or two to the CESJ website.
• More on FDR’s Brain(s) Trust.  This past week we received two books that shed more light on the nature of the New Deal and the influence of the “Brain Trust.”  One of the books is Raymond Moley’s 27 Masters of Politics (1949).  The book consists of brief sketches of a number of key men and women in the New Deal, a number of which are barely remembered today, but who had a profound influence on the direction the country took as the result of the Fabian influence.  One of the most poignant sketches in Moley’s book is that of James Aloysius Farley (1888-1976), a Catholic who managed FDR’s first two campaigns, and whom FDR “politically liquidated” because Farley put loyalty to his Church and the party above that to Roosevelt.  As Moley commented, “That this has lost him the friendship of people in politics and elsewhere who have placed their admiration for Roosevelt above all other considerations in unquestionable.  But for many others, it has confirmed a hope that a man can come through the vicissitudes and temptations of politics and retain his self-esteem and his basic loyalties.” (p. 116.)  The other book is Howard Graham’s Everyman’s Constitution (1968), a somewhat lengthy tirade against anyone who stood in the way of the idea that the U.S. Constitution was never intended to mean anything except what those in power want it to mean.  Graham had a special animus against William Winslow Crosskey (1894-1968), perhaps the greatest constitutional scholar of the twentieth century, whom he probably feared since he waited until Crosskey was safely dead before publishing his book justifying what is euphemistically referred to as “judicial activism,” i.e., the courts making law instead of interpreting it.

• Revival of the Arco Caribbean Magazine.  Michiel Bijkerk, a CESJ stalwart in the Netherlands Antilles,, has relaunched his magazine, Arco Caribbean, as an ezine.  The first issue, which can be obtained from the website, http://www.arcocarib.com, is an impressive production, showing a great deal of hard work and thoughtful effort.  Unusually, the single issue of the magazine is written in four separate languages, English, Spanish, Dutch, and Papiamentu.  This gives the publication a unique cosmopolitan “feel” that comports well with Michiel’s universal outlook.  Of special interest is the fact that Michiel is putting a great deal of Just Third Way material in the magazine. 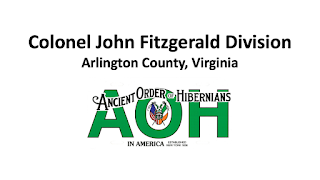 • More Short Videos.  Although not a “CESJ Production,” this little recruiting video (less than two minutes) for a Catholic fraternal order in Arlington, Virginia, incorporates a number of elements of the Just Third Way.  It demonstrates how easily these concepts can be integrated into virtually any effort by people of any faith and philosophy consistent with human nature, i.e., the natural law.  It also demonstrates what can be done with minimal resources to produce a professional product it care is taken in the production and the subject matter draws on sound principles. 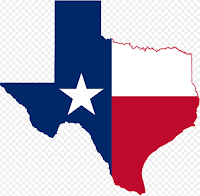 • Things Getting Bigger in Texas. According to a report from the National Center for Employee Ownership in Oakland, California, the Great State of Texas has introduced legislation that will give preference to worker-owned companies in state contracts, and wants to establish a State Employee Ownership Center.
• NB, ESOP, & CPA. Also from the NCEO, Nebraska now permits public accounting firms to be worker owned.  Now you don’t have to make partner to own a piece of the action — in Nebraska, anyway.
• South Africa and Ownership.  Again from the NCEO, the Democratic Alliance, a political party in South Africa, has declared a commitment to worker ownership.  The ruling African National Congress previously committed itself to the goal of expanded ownership.
• Newark, NJ, Initiative.  Also from the NCEO, the mayor of Newark, New Jersey, Ras Baraka, has announced that his city is committed to encouraging worker ownership.
• Berkeley Cooperates.  The city council of Berkeley, California, has adopted a resolution to encourage worker cooperatives.
• Shop online and support CESJ’s work! Did you know that by making your purchases through the Amazon Smile program, Amazon will make a contribution to CESJ? Here’s how: First, go to https://smile.amazon.com/.  Next, sign in to your Amazon account.  (If you don’t have an account with Amazon, you can create one by clicking on the tiny little link below the “Sign in using our secure server” button.)  Once you have signed into your account, you need to select CESJ as your charity — and you have to be careful to do it exactly this way: in the space provided for “Or select your own charitable organization” type “Center for Economic and Social Justice Arlington.”  If you type anything else, you will either get no results or more than you want to sift through.  Once you’ve typed (or copied and pasted) “Center for Economic and Social Justice Arlington” into the space provided, hit “Select” — and you will be taken to the Amazon shopping site, all ready to go.
• Blog Readership.  We have had visitors from 37 different countries and 45 states and provinces in the United States and Canada to this blog over the past week. Most visitors are from the United States, Nigeria, Australia, India, and Canada.  The most popular postings this past week in descending order were “Just Third Way Podcast No. 50,” “News from the Network, Vol. 12, No. 11,” “Distributism and Ronald Reagan, I,” “A New Conception of Society and of the State,” and “The Three Principles of Economic Justice.”
Those are the happenings for this week, at least those that we know about.  If you have an accomplishment that you think should be listed, send us a note about it at mgreaney [at] cesj [dot] org, and we’ll see that it gets into the next “issue.”  If you have a short (250-400 word) comment on a specific posting, please enter your comments in the blog — do not send them to us to post for you.  All comments are moderated, so we’ll see it before it goes up.
#30#
Posted by Michael D. Greaney at 6:00 AM