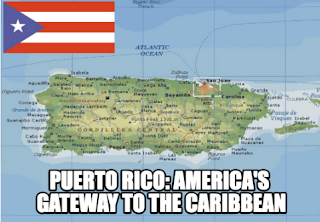 To succeed on the ideological front, it would help to organize on a regional basis, perhaps within a regional bank with central banking capabilities, such as the Central American Bank for Economic Integration. From such a base it would be easier to advise on the infrastructural changes that would be necessary within one or more of the developing countries willing to cooperate on the new agenda for stimulating private sector growth linked to broadened ownership.
The strategic objectives would be to maximize growth rates, jobs, and productivity of the private sector within selected countries or target areas, with a zero rate of inflation, and maximum ownership and profit sharing opportunities among all private sector workers as a supplement to free market wage rates.
The four main components of this agenda for economic justice are:
·      A new social contract with workers based on expanded capital ownership;
·      A two-tiered capital credit system for local banks;
·      A regional SDR to establish lower-tier-capital credit; and
·      The multinational corporation as a primary vehicle for accelerating private sector growth linked to expanded ownership.
Today we look at —
A Two-Tiered Capital Credit System for Local Banks (I)
There is one thing that bankers, businessmen, and political leaders in the developing countries can agree on; high interest rates are a major barrier to sustaining a healthy free enterprise system. On the other hand, everyone would agree that nothing would do more to get everyone’s attention and to promote a more broadly-owned and more just free enterprise system than to combine it with the carrot of a radically lowered interest rate. There is a logical way to create a differential of 7.5% or more in prime business loans that would be made available through local bankers. This strategy is known as a “Two-Tiered Interest Rate Policy.” The rationale for this policy is as follows:
High interest rates are choking the life out of business. Today’s interest rates have effectively stifled business expansion and modernization, have depressed innovation and productivity, and have curtailed the absorption into a revitalized private sector of millions of unemployed and underemployed and excess government workers in almost every free enterprise nation. [This was written in 1982; today the problem is low interest credit being funneled to speculation on Wall Street instead of investment on Main Street.]

Much of today’s economic malaise stems from the money-creating policies of central banks like the International Monetary Fund (IMF), which reflects the same policies as the Federal Reserve Bank and the central banks of the major Western economies. The IMF is an emergency lending organization to which 146 governments belong. Because of the central role the IMF plays in international finance, the debts of poor countries are expected to reach $650 billion by the end of 1983, nearly $400 billion of which is owed to private banks. Many of these countries cannot afford the interest payments at today’s high rates, let alone the principal.
When it issues Special Drawing Rights (SDRs, sometimes called “paper gold”), the IMF “creates money” which can be used for making loans. We call this “pure credit,” to contrast it with credit based on already existing savings. How “pure credit” is used, however, determines whether it will be inflationary or not and whether or not it will be an asset-backed currency. 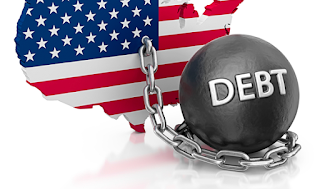 The IMF, like all central banks today, including our Fed, fails to distinguish between supply-side and demand-side credit, between self-liquidating credit for productive purposes and non-self-liquidating credit for non-productive purposes. Self-liquidating credit is used to buy things intended to produce new wealth or future savings sufficient to pay its own acquisition costs. Non-self-liquidating credit (e.g., loans to cover government costs or consumer credit), by definition, is never used to buy things expected to “pay for themselves.” While capital credit creates a healthy demand for the plant and equipment producers need to supply more consumer goods and increase real consumer incomes, non-productive government credit simply pumps new currency into the economy, giving consumers a false sense of their buying power. Productive credit increases the supply of new marketable wealth or is used to acquire new income-producing investments. Non-productive credit, in contrast, merely stimulates demand, creating artificial buying power to purchase existing wealth, commodities, and securities. For example, the IMF monetizes non-productive government deficits when it buys that government’s debt paper, instead of allowing market savings rates to discipline government overspending. This fuels inflation.
The discount powers of an international central bank like the IMF could be the key to uniting the workers and owners of developing countries, without taking anything away from present owners, except the dubious “right” to monopolize future access to capital credit. It should not be forgotten that control over capital credit represents control over future ownership patterns.
A more logical and just use of a central bank’s credit machinery would be under a two-tiered interest structure. The higher level would be geared to market-rate yields on existing savings. This reservoir of credit would remain available for all forms of conventional loans, including loans to governments and state-owned enterprises. The higher interest rates would discourage these less productive and non-productive uses of credit. This works against inflation.
The proposed lower level would create a new reservoir of credit, reserved exclusively for structuring a more just and productive future for free enterprise. Only credit intended for productivity-oriented purposes in the private sector would be eligible. 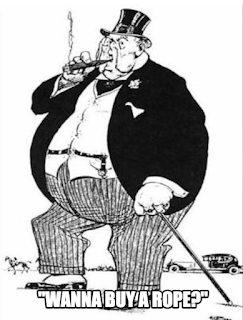 But there is a hitch. The lower-tier would be reserved exclusively to channel the “magic” of future capital credit in ways that systematically transform wage-earners into an ever-widening base of capital owners, or to save farmers and entrepreneurs from losing their farms and businesses because of today’s high interest rates. This combination of reduced credit costs and worker ownership is counter-inflationary by design.
For business reasons, and to underscore the injustice to workers of state-owned enterprises, this lower-tier should never be used, for example, to help refinance the $26 billion in debt like that recently negotiated with the Polish Government by Western bankers. Today they use the savings of Western workers to supply the credit to build State-owned enterprises, at the expense of the capital-starved Western factories which are laying off their own workers.
No longer will Western capitalists give their own money to buy the rope to hang themselves. Instead, unsubsidized lower-tier credit would be used to denationalize some of the government-owned enterprises in communist countries and organize them into employee-owned stock corporations, using a “qualified ESOP.” In this way, the “magic” of capital credit would become our most powerful weapon in pointing out the ideological contradictions of Marxism-Leninism.
Every dollar saved in interest costs could add a dollar to the bottom-line profits of the borrowing businesses and farms or save a dollar in prices to their customers. But it would also be a dollar for promoting economic justice for working people.
#30#
Posted by Michael D. Greaney at 6:00 AM