The Just Third Way continues to make steady progress.  Interestingly, more and more of the postings on this blog are getting “shared” and “liked” than ever before on FaceBook, and at least one individual has requested a formatted version of a blog for use in a class lecture.  He was having trouble downloading for some reason, so we made a special version in .pdf.  By the way, if you want to use a posting in a class or something, go ahead and print out as many as you want, just give us credit so that people will know where you got it (and if you’re quoting, don’t change any words except to correct spelling or grammar errors):


• Red Star Over Bethlehem.  The manuscript of Red Star Over Bethlehem has elicited a number of very positive comments so far . . . and the book hasn’t even been published yet!  From Alan S., “Whatever the author is taking, I want of a bottle of it. Whatever exercise program he is on, I want a copy of it. I am still picking up pieces of my brain off the floor after having my mind blown. I read Chapter 12 with a huge grin on my face. . . . If only people knew that games that have been played and the deceptions that have been spun. This book is full of wake-up calls.”  Jeanna C. said, “Awesome! . . . Reading Red Star gets me as excited as reading Msgr. Michel Schooyans’s books. Everyone NEEDS to know about this!”  Mark G. said, “I just wanted to say that I appreciate your clarity. . . . thank you again.” All Debbie S. had to say was, “I love that title!”  We did decide, however, to rewrite the Prologue completely, and turn it into an Introduction.  It was written before the rest of the book, and it now doesn’t really get the reader into how it eventually evolved.
• Say’s Law of Markets.  The postings on taxation and Say’s Law of Markets have elicited some, we’ll say, “excited” comments from the Keynesians, who insist that it is completely impossible to finance new production except out of old production.  This, of course, leads to the logical puzzle, If new production can only be financed out of old production, where did the first production come from?  None of the Keynesians seem able to answer that question for some reason.  The problem for them, of course, is that the moment you admit that any production can be financed without the use of existing production, you have undermined your entire argument because you just admitted an exception . . . and if you continue to claim that new production cannot be financed except out of old production, you undermine your entire argument by not explaining an apparent contradiction.  Your premises cannot be true only part of the time (that is, conditional), any more than they can be contradictory, or rely on empirical evidence rather than logic.
• Universal Basic Income.  We got a question about the universal basic income this week, and a few people thought our response was “quotable”: “The push for a universal basic income is right-hearted, but wrong-headed.  It assumes as a matter of course that ordinary people are being robbed of their due . . . which, in a sense, is true, except that what they’ve been robbed of is the means and opportunity to own the capital that is displacing their labor — not the income generated by someone else’s labor and capital.  The answer is not to make everyone a slave of the State by making them dependent on the State for a basic income, but to make every child, woman, and man a financially independent capital owner.”
• Father Ferree.  Work is advancing on the compendium of the writings of CESJ co-founder Father William J. Ferree, S.M., Ph.D.  We hope to have the collection, which includes Introduction to Social Justice (1948) and Discourses on Social Charity (1966) out by Christmas. 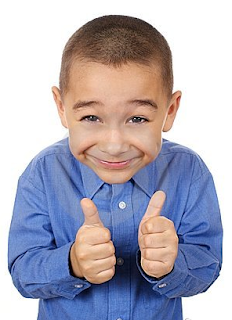 • Shop online and support CESJ’s work! Did you know that by making your purchases through the Amazon Smile program, Amazon will make a contribution to CESJ? Here’s how: First, go to https://smile.amazon.com/.  Next, sign in to your Amazon account.  (If you don’t have an account with Amazon, you can create one by clicking on the tiny little link below the “Sign in using our secure server” button.)  Once you have signed into your account, you need to select CESJ as your charity — and you have to be careful to do it exactly this way: in the space provided for “Or select your own charitable organization” type “Center for Economic and Social Justice Arlington.”  If you type anything else, you will either get no results or more than you want to sift through.  Once you’ve typed (or copied and pasted) “Center for Economic and Social Justice Arlington” into the space provided, hit “Select” — and you will be taken to the Amazon shopping site, all ready to go.
• We have had visitors from 32 different countries and 41 states and provinces in the United States and Canada to this blog over the past week. Most visitors are from the United States, Canada, the United Kingdom, India, and Australia.  The most popular postings this past week in descending order were “Focus on the Fed: The Slavery of Savings,” “Focus on the Fed: Let Us Assume,” “Non-Productive Money? Are You Serious?” “How to Make Profits Work for People,” and “News from the Network, Vol. 10, No. 42.”
Those are the happenings for this week, at least those that we know about.  If you have an accomplishment that you think should be listed, send us a note about it at mgreaney [at] cesj [dot] org, and we’ll see that it gets into the next “issue.”  If you have a short (250-400 word) comment on a specific posting, please enter your comments in the blog — do not send them to us to post for you.  All comments are moderated, so we’ll see it before it goes up.
#30#
Posted by Michael D. Greaney at 1:26 PM