Focus on the Fed: Let Us Assume


As we’ve seen in the blog postings over the past two days, that whole idea is nonsense — if you assume the validity of Say’s Law of Markets, which posits that there is always enough money for production (whether by labor or capital, not just labor), simply because money derives from production.  Inflation — or deflation — in the classic sense (too many or too few units of currency chasing the same amount of goods and services) only results when somebody, usually government, messes around with the money supply and the value of the currency, cutting it off from production.
Why?  Because if you think labor is the only thing that is productive, while capital is actually doing most of the work, you will be utterly baffled as to why labor can’t seem to produce enough in a society in which production is coming out the wazoo (so to speak).  The answer?  Those villainous owners of capital and the greedy politicians (usually the same bunch) must be stealing from the workers!  (Of course, if you realize that capital is also productive, you realize that the answer is that people with only labor don’t own the capital that is doing most of the producing, and therefore aren’t able to produce. . . .). 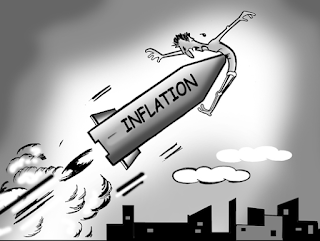 Getting back to money per se, we’re limiting our discussion here to “demand-pull” inflation, the kind that results from manipulating the currency somehow, e.g., increasing or decreasing the amount in circulation by issuing or retiring government debt.  The other kind, “cost-push” inflation is really just the laws of supply and demand acting on something other than the currency, e.g., when a lot of chickens get sick and die, the price of eggs shoots up.
What brought this up was an article in the Wall Street Journal from last Friday, October 20, 2017, “A Fed for a Growth Economy.”  The bottom line was the demand that there be economic growth without inflation and low taxes, thereby shifting out of the current Neo-Keynesian presumed tradeoff between inflation and employment.
We, too, want economic growth without inflation — or deflation, for that matter.  The problem is that both sides in the debate are arguing from the same set of flawed assumptions: that manipulating the money supply in some fashion will bring about the desired results.
It ain’t gonna happen.  Why?
The fact is that the underlying assumption of both sides in the debate is fundamentally wrong, viz., that manipulating the money supply by issuing or retiring debt and changing the tax rate will result in predictable changes in the velocity of money, the price level, and the number of transactions.
Oh, there will be changes, all right.  The problem is that you can’t predict them.  In mathematical terms, here’s why.  Start with the Quantity Theory of Money equation,
M x V = P x Q
where M is the quantity of money, V is the average number of times each unit of currency is spent in a period (the “velocity” of money), P is the price level, and Q is the number of transactions. 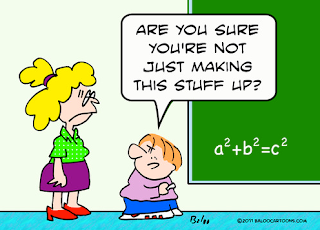 Any first-year algebra student can (or should be able to) tell you that if M is the “independent variable” in the equation (i.e., the one that gets changed or manipulated and determines the value of all the other variables), you have absolutely no idea what is going to happen to V, P. or Q when you have only one equation that gives you relationships between the variables.  Oh, you can hope, all right, and sometimes what happens is what you wanted to happen, but it is by no means a sure thing.
Mathematically speaking, it’s a total crap shoot: you can’t have one independent variable and three dependent variables in one equation — and only one equation — and hope to have anything that makes sense.  And when you add the complexities of the real world to pure mathematics, anything goes.
So, what is a valid assumption on which to develop a sound monetary policy?
Sound practice requires sound theory.  Obviously, then, the first step in developing a sound monetary policy is to come up with a workable assumption, or at least one that makes sense.
That means instead of assuming that the velocity of money, the price level, and the number of transactions depends on the money supply, we should at least examine the alternative.  That is, we need to look at the assumption that the money supply (absent somebody messing with it, like a counterfeiter or the government) depends on the price level, and the number of transactions, and see how well it complies with the demands of logic, mathematics, and just plain common sense.
Thus, instead of M being the independent variable and V, P, and Q being the dependent variables, we need to look at the possibility that V, P, and Q are the independent variables, and M is the dependent variable.  Under this assumption, M changes to reflect changes to V, P, and Q; V, P, and Q don’t change to reflect changes in M.
Mathematically, we discover immediately we are on solid ground.  Assuming that V, P, and Q are independent variables, and M the only dependent variable, makes perfect sense.  Algebraically, having one dependent variable per equation is a fundamental principle.  Since we have only one equation, the most we should have is one dependent variable.  And that is what we have.
Further, given Say’s Law of Markets and the definition of money as anything that can be accepted in settlement of a debt (“all things transferred in commerce”), it is supremely logical that money — the means by which I exchange what I produce for what you produce — depends on production; production doesn’t depend on money.  Our change in basic assumptions meets the logic test.
Finally, does our change meet the demands of plain common sense?  If money isn’t production, but is simply the symbol of production, it makes sense that you can’t derive the thing from the symbol.  You can only derive the symbol from the thing.
It is a fundamental principle of Aristotelian-Thomist philosophy (the philosophy of common sense) that people go from the particular to the general.  Production, whether existing or reasonably expected in the future (a good promise of “production-to-be”), is particular, while money, the symbol of production, is general.  Production doesn’t come from money, money comes from production.
Yes, the logic test and the common sense test are in reality simply two similar ways of saying the same thing, but then logic and common sense are two different terms for the same thing as well.  What’s important here is that our new assumption makes sense regardless which way we look at it.
Why that is important is what we’ll start looking at tomorrow.
#30#
Posted by Michael D. Greaney at 6:00 AM