Both the Wall Street Journal and the Washington Post commented on Austria’s recent election that there was a shift to the right.  Both papers cited gains by the “Freedom Party,” Freiheitliche Partei Österreichs, founded in 1956 as a right-wing populist and national-conservative political party originally led by a former National Socialist and SS officer opposed to socialism and Catholic “clericalism.”  The party’s advance to the number two spot in the number of seats in the legislature is attributed to growing sentiment against immigrants. 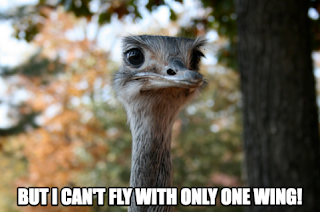 Frankly, we can’t tell too much difference between the so-called rightwing positions and the leftwing.  The language might be slightly different, but the goal ends up being pretty much the same: keep undesirables out and keep the goodies for us and those we like.  The only thing that changes is the specific group or individuals defined as undesirable.
All this underscores the fact that, as long as some people are dependent on others, there isn’t going to be too much difference between “right” and “left.”  Nor is there going to be much difference in the solutions the politicians come up with to try and deal with the “new things” of the modern world . . . things that have their roots in the fact that ordinary people have been losing power at an accelerating rate for the past two and a half centuries or so.
And why have ordinary people been losing power?  In a nutshell, technology has been advancing and displacing human labor from production.  This benefits those who own technology, and operates to the detriment of those who don’t.
At one time, human labor was alone sufficient to generate a living income.  Now human labor has been supplemented or replaced entirely by technology.
The obvious solution that Louis Kelso saw was that those people who own only labor must be put in the position of now owning technology as well.  The problem is that neither the leftwing nor the rightwing see any way to do this.  The only question is who gets stuck with the bill for supporting all the people who are unable to own technology?
Surprisingly enough, both the rightwing and the leftwing have exactly the same answer: “the other guy,” meaning “somebody with money who isn’t me.”
Here’s a novel idea: Why not make it possible for people who don’t own technology to own technology, so that when their labor doesn’t sell for enough, they can still be productive, and thereby gain an adequate and secure income?
Nor is this pie-in-the-sky.  Technology put to productive use has a unique characteristic: if it does not have the potential to generate enough marketable goods and services to pay for itself and yield a reasonable return to the owner . . . nobody will want to own it.
That being the case, it’s only necessary to arrange for the seller of the technology (or somebody else) to agree to wait for payment until the technology produces enough marketable goods and services to pay for itself — which is how most technology has been financed throughout history, anyway.  As Dr. Harold G. Moulton, president of Brookings Institution from 1928 to 1952, noted in his 1935 book, The Formation of Capital, periods of rapid capital formation (a fancy way of saying periods during which people purchased new technology and put it into production) were always preceded by periods of increased consumer demand that gave entrepreneurs a reason to want to put more technology into production.
That meant that the savings that most people assume are essential to finance new technology didn’t exist.  Why?  Because the money had already been spent on consumption.  So where did the money come from to pay for the new technology?  From contracts promising to pay for the new technology in the future out of the future production of the technology itself.
This is the whole idea behind the financing ideas embodied in Capital Homesteading, which might be something that voters in all countries should be considering, rather than how to divvy up a shrinking pool of existing wealth.
#30#
Posted by Michael D. Greaney at 6:00 AM