Yet another week filled with outreach and information.  The Big Event this week, of course, has been the National Cooperative Business Association Conference, with a number of CESJ representatives interacting with some of the “higher ups” in the organization and discussing the complementarity of the Just Third Way and the coop movement.  There have been a few other things, as well:
• You’re Fired!  Interestingly, instead of figuring out ways to aid Puerto Rico, a territory of the United States whose people are U.S. citizens, President Trump is making noises about cutting off federal aid.  Perhaps he is thinking of telling our fellow citizens they’re fired for not performing well or not being sufficiently grating in America Made Grate Again.  Of course, the essence of social justice, whether in a business, a territory, or the world, is to restructure institutions to make it possible for people to take care of themselves through their own efforts.  Just pouring money in will not, of course, do anything in the long run except make matters worse, however essential it is in the short run (as in “yesterday”).  What Puerto Rico needs is not a guarantee of ongoing handouts, but a practical and proven method of getting everybody back on their feet to become productive and contributing members of society, not permanent dependents — something like “Project Economic Justice,” below.  Otherwise, what’s next?  Firing Alaska and Hawaii for not being part of the continental, contiguous U.S.?  Why not getting rid of those states that were once independent countries?  That would include the Kingdom of Hawaii (already fired, but rehire it and fire it again), and the Republics of Texas, California (which included Arizona, Utah, Nevada, and portions of New Mexico, Wyoming, and Colorado), and Vermont.  And the District of Columbia.  Fire D.C.  Move the capital to Denver or Chicago.  Or Memphis, and take over Graceland as the new White House.
• Presidential Task Force on Project Economic Justice.  Last week we posted an extract from the original strategy paper that led to the Task Force.  On Monday and Tuesday we posted the complete text of President Reagan’s speech to the Task Force.  The bipartisan Task Force report was presented to both President Ronald Reagan and Pope St. John Paul II in special meetings, the former praising the work of the Task Force, and the latter giving us his personal encouragement for our work.  The report was translated into Polish and 40,000 copies distributed through Solidarity channels.  We suggested that people send the links to their representatives in Congress as a possible long-term solution to the disasters that have hit Puerto Rico.  We reiterate that solution.  It’s still better than anything else anyone has proposed.

• National Cooperative Business Association Conference (NCBA).  Lic. José Recinos, Our Man (Originally) From Guatemala, has taken time out from his busy travel schedule (Joe is literally all over the map. . . .) to attend the National Cooperative Business Association Conference this week in Washington, DC.  The NCBA has been looking into expanding its vision and focusing on all types of cooperative business enterprises.  Senior officials have expressed interest in the Just Third Way, and might even find a way to introduce the concepts into the effort to rebuild Puerto Rico. 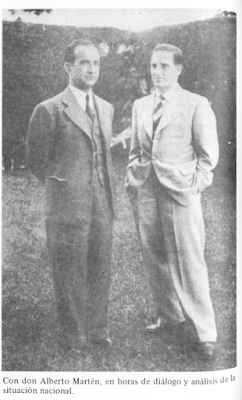 • Solidarity in Action.  Joe has also worked with Union Solidarista de Guatemala, and was a friend of Don Alberto Martén Chavarría, founder of Solidarismo Costariccense.  He expects to put the CESJ core group in touch with the organization founded to keep Don Alberto’s vision alive, and there may be enough material about the work Don Alberto did with Louis Kelso and Norman Kurland to include in a “Paradigm Paper” on solidarity, which would also include CESJ’s work with the Polish Solidarity Union.
• Just Third Way and Paraguay.  Earlier this week the CESJ core group had an introductory telephone conference with a Fulbright scholar in Paraguay who is interested in setting up an exchange student program, possibly in January or July of 2018.  We hope this is the first of many discussions.
• CESJ Interns.  Speaking of Fulbright scholars, a recent CESJ intern, Eliza R., has applied for the program.  In addition, CESJ’s current intern, Bryan V., has made great progress in revamping the Just Third Way Hour podcast, a task that has turned out to be much more involved than we initially thought. 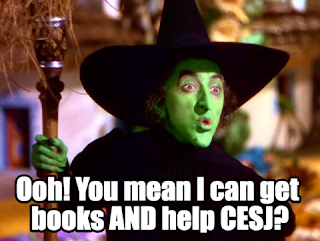 • Amazon Smile Program.  Here’s the usual announcement about the Amazon Smile program, albeit moved to the bottom of the page so you don’t get tired of seeing it.  To participate in the Amazon Smile program for CESJ, go to https://smile.amazon.com/.  Next, sign in to your account.  (If you don’t have an account with Amazon, you can create one by clicking on the tiny little link below the “Sign in using our secure server” button.)  Once you have signed into your account, you need to select CESJ as your charity — and you have to be careful to do it exactly this way: in the space provided for “Or select your own charitable organization” type “Center for Economic and Social Justice Arlington.”  If you type anything else, you will either get no results or more than you want to sift through.  Once you’ve typed (or copied and pasted) “Center for Economic and Social Justice Arlington” into the space provided, hit “Select” — and you will be taken to the Amazon shopping site, all ready to go.
• We have had visitors from 27 different countries and 36 states and provinces in the United States and Canada to this blog over the past week. Most visitors are from the United States, the United Kingdom, Brazil, India, and New Zealand.  The most popular postings this past week in descending order were “Project Economic Justice: President Reagan’s Speech, I,” “Project Economic Justice: Two-Tiered Capital Credit System,” “Puerto Rico: A Few Suggestions,” “Thomas Hobbes on Private Property,” and “News from the Network, Vol. 10, No. 40.”
Those are the happenings for this week, at least those that we know about.  If you have an accomplishment that you think should be listed, send us a note about it at mgreaney [at] cesj [dot] org, and we’ll see that it gets into the next “issue.”  If you have a short (250-400 word) comment on a specific posting, please enter your comments in the blog — do not send them to us to post for you.  All comments are moderated, so we’ll see it before it goes up.
#30#
Posted by Michael D. Greaney at 11:24 AM