Things continue to move forward on the expanded ownership front, although the powers-that-be don’t seem to have glommed on to the potential of the Just Third Way for solving a rather large number of problems that otherwise seem insoluble.  Perhaps if those of you reading this would send the links for the Project Economic Justice strategy paper extract or the text of President Reagan’s speech to a politician or two, we might see some action. . . . In the meantime:

• National Cooperative Business Association Reception.  On Thursday evening, Norman and Marie Kurland attended a reception hosted by the National Cooperative Business Association in Washington, DC.  Joseph Recinos, who has been working with the NCBA, arranged for the invitation, and also made certain that Norm and Marie met with the president and other key people in the organization.  People seemed very interested in what Norm had to say, especially about money and credit being key to expanded ownership and optimal participation in economic life.  Tax reform is critical, of course, but without reform of the money and credit system, tax reform will go nowhere: it is a fact of life that you must first have something to tax before you can tax it; taxation doesn’t create money, any more than does government itself.  It just shifts it around in increasingly complicated ways that desperately need to be simplified.

• Presidential Task Force on Project Economic Justice.  The posting of an extract from the original strategy paper has been completed.  On Monday of next week, we will begin posting the complete text of President Reagan’s speech to the Task Force.  The bipartisan Task Force report was presented to both President Ronald Reagan and Pope St. John Paul II in special meetings, the former praising the work of the Task Force, and the latter giving us his personal encouragement for our work.  The report was translated into Polish and 40,000 copies distributed through Solidarity channels. 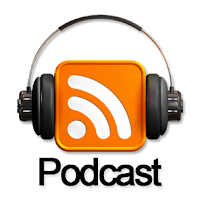 • The Just Third Way Hour.  With two shows completed and one in editing, the new edition of the Just Third Way Hour podcast is on the verge of being launched.  There are some technical issues that need to be resolved before we can provide the links, but we expect to have everything in place by the end of next week.  On the plus side, once the shows are up, anyone can listen to them any time, which will make it much easier for people in North America and Europe to take advantage of this unique resource.
• Socialism versus Social Justice.  Just in time, evidently, we have completed the first draft of Red Star Over Bethlehem — we recently received a communication indicating that there is massive confusion between socialism and social justice.  Copies of the manuscript are being emailed to selected individuals as an advance notice — it’s useful for people who disagree with us to know what we’re saying about their respective paradigms in advance, as it gives them time to realize they have never given a substantive reason for disagreeing with the Just Third Way!  (Besides, it disarms the critics by allowing us to say that they were given a chance to put in their two cents and didn’t bother. . . .)  In the meantime, hard copies are being distributed to the CESJ core group for comments, corrections, and input.  Preliminary assessments have been very encouraging.  One source with Vatican contacts has several times described the book as “brilliant,” while others have insisted on knowing exactly when the book will be published (we’re going as fast as we can!).
• Amazon Smile Program.  Here’s the usual announcement about the Amazon Smile program, albeit moved to the bottom of the page so you don’t get tired of seeing it.  To participate in the Amazon Smile program for CESJ, go to https://smile.amazon.com/.  Next, sign in to your account.  (If you don’t have an account with Amazon, you can create one by clicking on the tiny little link below the “Sign in using our secure server” button.)  Once you have signed into your account, you need to select CESJ as your charity — and you have to be careful to do it exactly this way: in the space provided for “Or select your own charitable organization” type “Center for Economic and Social Justice Arlington.”  If you type anything else, you will either get no results or more than you want to sift through.  Once you’ve typed (or copied and pasted) “Center for Economic and Social Justice Arlington” into the space provided, hit “Select” — and you will be taken to the Amazon shopping site, all ready to go.
• We have had visitors from 31 different countries and 39 states and provinces in the United States and Canada to this blog over the past week. Most visitors are from the United States, the United Kingdom, Brazil, Canada, and India.  The most popular postings this past week in descending order were “Project Economic Justice: A New Social Contract,” “Project Economic Justice: Two-Tiered Capital Credit System,” “News from the Network, Vol. 10, No. 39,” “Thomas Hobbes on Private Property,” and “Aristotle on Private Property.”
Those are the happenings for this week, at least those that we know about.  If you have an accomplishment that you think should be listed, send us a note about it at mgreaney [at] cesj [dot] org, and we’ll see that it gets into the next “issue.”  If you have a short (250-400 word) comment on a specific posting, please enter your comments in the blog — do not send them to us to post for you.  All comments are moderated, so we’ll see it before it goes up.
#30#
Posted by Michael D. Greaney at 12:21 PM