This week has been filled with a number of activities, few of which have anything to do with the Just Third Way, at least directly.  There have been a few items of note, however:

• The CESJ/Justice University team returned from Louisville late Tuesday.  The event itself went very well, with approximately 130 attendees, a record for a JU event.  The group also visited the fourth largest magazine printing company in the United States, Publishers Press.  The CEO expressed a great deal of interest in “Justice-Based Management,” the Just Third Way approach to establishing and maintaining economic justice in the workplace.
• We received one of two biographies of the noted Fabian socialist Richard Henry Tawney (1880-1962) we’ve ordered.  This one is by Ross Terrill, R.H. Tawney and his times: Socialism as fellowship (Cambridge, Massachusetts: Harvard University Press, 1973).  In addition to socialism, Tawney, who was on the Executive of the Fabian Society from 1920 to 1933, advocated the transformation of organized religion from God-centered to a focus on Collective Man, a development Fulton Sheen (1895-1979) addressed in God and Intelligence in Modern Philosophy (1925) and Religion Without God (1928).  Tawney’s “New Age” ideas combining “modernism” and socialism developed from the “New Christian” movement of the early nineteenth century, which integrated selected Christian elements into socialism and Occult (“spiritualist” or “magnetic”) thought.  This eventually led to (among other esoteric schools of thought) theosophy, ariosophy (the basis of much Nazi ideology), and the “solidarism” of David Émile Durkheim (1858-1917) that posited “God” as a “divinized society” (not to be confused with the solidarism of Fr. Heinrich Pesch, S.J., 1854-1926, although some modern solidarists have done exactly that) and the proposals of agrarian socialist Henry George (1839-1897) — who was involved in the Occult and the New Christian movement — that were the basis for Fabian socialism.  Tawney’s best-known work, Religion and the Rise of Capitalism (1926) is noteworthy for its attacks on the institutional Catholic Church (especially the papacy), and its ridicule of G.K. Chesterton (1874-1936) and Hilaire Belloc (1870-1953).  Paradoxically, Tawney and another Fabian socialist, E.F. Schumacher (1911-1977), a protégé of John Maynard Keynes, are held in high regard by many of today’s “Chestertonians” and “distributists.”  It is interesting to note that the emblem of the Fabian Society is the wolf in sheep’s clothing, indicative of their policy of taking over institutions through infiltration and subversion. 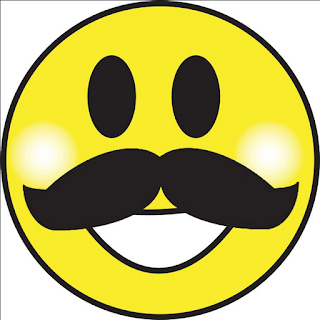 • Here’s the usual announcement about the Amazon Smile program, albeit moved to the bottom of the page so you don’t get tired of seeing it.  To participate in the Amazon Smile program for CESJ, go to https://smile.amazon.com/.  Next, sign in to your account.  (If you don’t have an account with Amazon, you can create one by clicking on the tiny little link below the “Sign in using our secure server” button.)  Once you have signed into your account, you need to select CESJ as your charity — and you have to be careful to do it exactly this way: in the space provided for “Or select your own charitable organization” type “Center for Economic and Social Justice Arlington.”  If you type anything else, you will either get no results or more than you want to sift through.  Once you’ve typed (or copied and pasted) “Center for Economic and Social Justice Arlington” into the space provided, hit “Select” — and you will be taken to the Amazon shopping site, all ready to go.
• We have had visitors from 30 different countries and 38 states and provinces in the United States and Canada to this blog over the past week. Most visitors are from the United States, Australia, the United Kingdom,” Ecuador, and Canada. The most popular postings this past week in descending order were “Thomas Hobbes on Private Property,” “1. Walter Russell Mead’s Awful Idea,” “3. Walter Russell Mead’s Awful Idea,” “2. Walter Russell Mead’s Awful Idea,” and “News from the Network, Vol. 10, No. 14.”
Those are the happenings for this week, at least those that we know about.  If you have an accomplishment that you think should be listed, send us a note about it at mgreaney [at] cesj [dot] org, and we’ll see that it gets into the next “issue.”  If you have a short (250-400 word) comment on a specific posting, please enter your comments in the blog — do not send them to us to post for you.  All comments are moderated, so we’ll see it before it goes up.
#30#
Posted by Michael D. Greaney at 9:07 AM