Why Is Socialism Condemned?

We’ve been working on a study of the origins of religious (as opposed to scientific) socialism.  Part of the problem of trying to figure out just how much modern “social thought” is actually a version of socialism is handicapped by the fact that the distinction between religious socialism and scientific socialism is often not very clear. 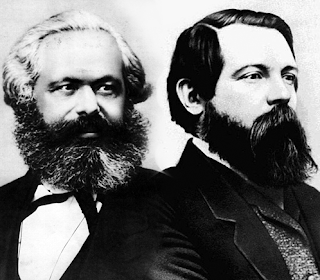 Making the problem worse is that advocates of either system use the other to demonstrate that their version of socialism is not like the other version.  Since their version is (depending on whether they are religious or scientific socialists) not like the other kind, it should not be included in any condemnation.
For example, scientific socialism is often explicitly atheistic.  This allows religious socialists to condemn it as such, and assert that religious condemnations of socialism are directed only at scientific, not religious socialism.  Christian and ethical socialists usually use this argument to prove, e.g., that the Catholic Church condemns only “bad” socialism, not their “good” socialism.
On the other hand, the scientific socialist can condemn religious socialism because it attempts to force an artificial and arbitrary morality on people, deluding them with pie-in-the-sky promises by being linked to religion; it therefore becomes part and parcel of the opiate of the masses.  This was the tack that Karl Marx took in 1848 in The Communist Manifesto, when he saw what a hash the religious socialists had made of “the Year of Revolution.”
On the other, other hand (such is the confusion over socialism these days that we’re starting to sprout extra limbs), you have efforts to combine religious and scientific socialism, so that nobody can ever really be specific about what is going on.  Over a century ago George Bernard Shaw remarked in a lecture that the great strength of the Fabian Society was that nobody outside the Society could figure out what they were talking about.  Shaw then added that the great weakness of the Fabian Society was that no one in the Society could figure out what they were talking about. . . .
So, what is socialism?  The quick definition is “the abolition of private property in capital.”
This often arouses socialists to fury, because they don’t understand property, private or otherwise.
Meaning. . . . ?

Private property is actually two things.  One, it is the right every human being has by nature to be an owner.  Period.  This right cannot be denied except by denying human nature.
Two, private property is the bundle of socially determined rights (that is, not by nature) that define what someone may own and how it may be used.  Specific rights of property can be denied or limited (in fact, must be limited if society is to function), but never in any way that nullifies the underlying natural right to be an owner in the first place.
So, can we define socialism as the abolition of private property, even though some forms of socialism allow private ownership?
Most certainly.  The key word is “allow” . . . which does not recognize private property as an inalienable, natural right.  It only “allows” it as expedient.  The moment private property interferes with the will of the strongest, it is taken away or otherwise nullified.
This leads us to a better, or (at least) more comprehensive definition of socialism.  Our recent research has helped us formulate what we think is the most comprehensive definition of socialism (at least until the next one):
Socialism is the theory that natural rights do not reside in any particular individual, but in the collective, that is, humanity as a whole.   The collective being an abstraction created by human beings, this means that in socialist theory the collected created by human beings has rights that human beings created by God do not have — a logical impossibility.

Ultimately, this means that the natural law is not based on human nature, but on the say-so of whoever has the power to force his views on others.  Socialism, therefore, is the subordination of everything, even nature itself, to a desired result, usually loosely described as the betterment of society . . . which can mean almost anything.
This gives us the clue as to why the Catholic Church, for example, condemns socialism: it puts something ahead of God.  This is because the Catholic Church teaches that human nature is a “reflection” of God’s Nature, and that human beings can therefore use reason applied to observations about human nature to discern the natural law and know right from wrong. 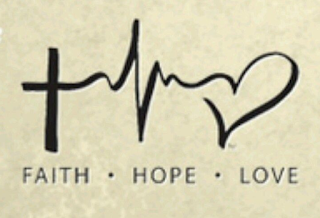 That being the case, the Catholic Church concludes that everything, regardless how important it may be in its own order, must be subordinate to the natural order.  Shocking many Catholics, this includes the supernatural order.
Faith, hope, and charity do not, therefore, replace the natural virtues of prudence, temperance, fortitude, and justice.  Rather, faith, hope, and charity fulfill and complete (perfect) prudence, temperance, fortitude, and justice.  Anyone, for example, who claims that charity requires that justice be violated — such as by the abolition of private property — is (as far as the Catholic Church is concerned) badly in error.
Thus, the “heresy” of socialism is that the goal of creating a heaven on earth (which, as Fulton Sheen pointed out is the surest way to create a hell) requires that the natural law, especially the natural right to be an owner inherent in every human being, must be subordinated to the “greater good” of the collective or mankind in general.
This is because once someone has decided that he can violate someone else’s rights “for a good cause,” it is a short and very easy step to saying that whatever the majority wants or a powerful minority can force on them is, ipso facto, good.  This is because once you shift away from the natural law based on God’s Nature and self-realized in His Intellect and therefore discernible by human reason, “might makes right”; you have the “Triumph of the Will.”
That is why the Catholic Church’s condemnation of socialism does not exempt any kind of socialism.  The whole idea of socialism puts collective man at the center instead of God.  As Pope Pius XI explained in Quadragesimo Anno, his encyclical on religious socialism and the act of social justice: 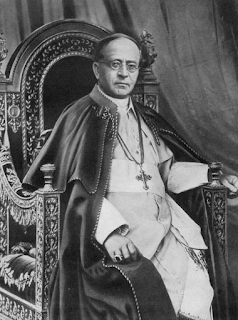 116. Yet let no one think that all the socialist groups or factions that are not communist have, without exception, recovered their senses to this extent either in fact or in name. For the most part they do not reject the class struggle or the abolition of ownership, but only in some degree modify them. Now if these false principles are modified and to some extent erased from the program, the question arises, or rather is raised without warrant by some, whether the principles of Christian truth cannot perhaps be also modified to some degree and be tempered so as to meet Socialism half-way and, as it were, by a middle course, come to agreement with it. There are some allured by the foolish hope that socialists in this way will be drawn to us. A vain hope! Those who want to be apostles among socialists ought to profess Christian truth whole and entire, openly and sincerely, and not connive at error in any way. If they truly wish to be heralds of the Gospel, let them above all strive to show to socialists that socialist claims, so far as they are just, are far more strongly supported by the principles of Christian faith and much more effectively promoted through the power of Christian charity.
117. But what if Socialism has really been so tempered and modified as to the class struggle and private ownership that there is in it no longer anything to be censured on these points? Has it thereby renounced its contradictory nature to the Christian religion? This is the question that holds many minds in suspense. And numerous are the Catholics who, although they clearly understand that Christian principles can never be abandoned or diminished seem to turn their eyes to the Holy See and earnestly beseech Us to decide whether this form of Socialism has so far recovered from false doctrines that it can be accepted without the sacrifice of any Christian principle and in a certain sense be baptized. That We, in keeping with Our fatherly solicitude, may answer their petitions, We make this pronouncement: Whether considered as a doctrine, or an historical fact, or a movement, Socialism, if it remains truly Socialism, even after it has yielded to truth and justice on the points which we have mentioned, cannot be reconciled with the teachings of the Catholic Church because its concept of society itself is utterly foreign to Christian truth.
#30#
Posted by Michael D. Greaney at 6:00 AM