Yesterday we promised to start looking at some of the policy objectives of a “Capital Homestead Act.”  Since there are more than a few, we decided to do some today, and the rest on Monday — with the caveat that a division of any kind might give the wrong impression that parts of the program can be separated and implemented piecemeal.  No, the proposal is an integrated approach, and must be implemented as a unified approach, or there is a very good chance it won’t work.
Policy Objectives of Capital Homesteading
To meet Social Security and Medicare entitlements, and provide for their eventual phasing out as the mainstay of retirement income for most Americans, and to shift the Federal Government’s role from today’s income redistribution policies to the more limited and healthy role of encouraging economic justice through free enterprise growth, a Capital Homestead program would:
Promote Private Sector Growth Linked to Broadened Ownership

Recreate in the 21st Century the conditions that resulted from the first Homestead Act of 1862, including full employment, declining prices, and widespread, individual and effective ownership of income generating assets. Set a realistic long-term target, based on the nation’s industrial growth potential, to achieve a minimum Capital Homestead stake for every American family. As an initial measure, this could be geared conservatively toward an equity accumulation of, for example, $150,000 over the next 20 years.
Stimulate Maximum Growth, with a Balanced Budget and Zero Inflation Rate
Remove barriers to maximum rates of sustainable and environmentally sound, private sector growth to achieve a balanced Federal budget and a zero inflation rate under the Capital Homestead program.
Establish a Tax System That Stimulates Economic Growth and Jobs, and is More Accountable to Taxpayers 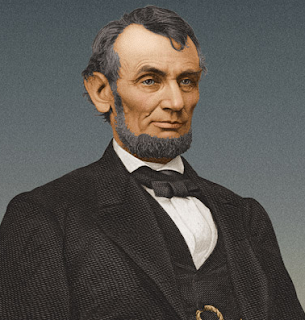 Rewrite and radically simplify the existing Federal tax system to automatically balance the budget. Keep more money in the pockets of taxpayers from their initial earnings to cover their own health, education, housing and other basic household living expenses. Make Congress more directly accountable and responsive to all taxpayers. Eliminate all tax provisions, personal deductions, tax credits, and exemptions (except for the front-end exemptions for adults and dependents) that unjustly discriminate against or discourage property accumulations and investment incomes for poor and non-rich families.
For example, a single tax rate on all sources of labor or capital income over exemptions would be automatically set to meet all Federal entitlement and other programs, and to pay down past deficits. To meet personal living costs the basic incomes of all taxpayers up to $30,000 per adult and $20,000 per dependent (or $100,000 for a family of four) would be free from any income or payroll taxes. To increase taxable income incomes for all citizens, corporations could escape from the multiple tax on corporate incomes by deducting dividend payouts.

Keep existing promises and reduce the unsustainable burden on the Social Security and Medicare Systems, by enabling every American to accumulate sufficient wealth-producing assets to provide each person with an adequate and secure taxable income from property, independent of Social Security and Medicare benefits and incomes from other sources. Based on conservative projections of U.S. growth potential, by age 65 a child born today could accumulate a capital estate of nearly $500,000, generating $1.6 million in after-tax dividends over that period.
Inheritance and Gift Tax Reforms

To create a more just and balanced free market economy and discourage monopolies, super-rich individuals should be encouraged to democratize their enormous accumulations from one generation to another. Gift and estate taxes should not be imposed on the donor or his estate. Rather, taxation should be based on the size of the recipient’s total accumulations after receiving the gift or bequest. If the value of the recipient’s asset accumulations (other than one’s primary home) after receiving the gift or bequest makes the recipient richer than, for example, $1 million, the recipient would pay a gift tax on the excess accumulations.
Restructure the Credit and Tax Systems to Encourage Universal Health Care through the Private Sector
Capital Homestead reforms, supplemented by health care vouchers for the poor, would provide a sustainable way to finance the health care system. These reforms would empower each citizen and family with the means to enjoy and pay for affordable, quality health coverage of their choice. Through market-disciplined, comprehensive health care enterprises that are owned and controlled by health care providers and health care subscribers (patients), the doctor-patient relationship could be restored, while providing greater insurance portability, accountability and lower administrative overhead costs throughout the system.
Solve the Home Foreclosure Crisis and Make Home Ownership Accessible to all Citizens 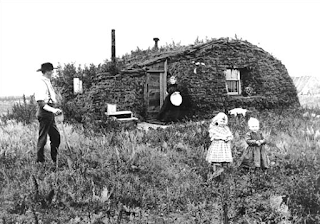 Starting in communities with homes whose market values are deflated due to the subprime mortgage crisis, resident-owned Homeowners’ Equity Corporations (HECs) could receive interest-free credit to buy up the foreclosed properties. As occupants of the homes in default pay the HEC their monthly rents (which could be supplemented with housing vouchers for the poor), these would be applied toward debt service, using pre-tax dollars to pay off the loans that the HEC used to purchase the foreclosed properties. As they make their regular monthly lease payments, these renters would become full owners of HEC shares and their dwellings.
Stop Federal Reserve Monetization of Government Debt
Terminate use of the Federal Reserve’s powers to create debt-backed money, to support foreign currencies, or to buy and sell primary or secondary Treasury securities. This would reduce excessive Government spending and improve accountability. It would force Government to borrow for deficits directly from savers in the open markets.
Stabilize the Value of the Currency
Require the Federal Reserve to create a stable, asset-backed currency to encourage ownership by all citizens of productive private sector assets rather than non-productive public sector debt or future ownership monopolies.
Reduce Dependency on Past Savings for Financing Growth 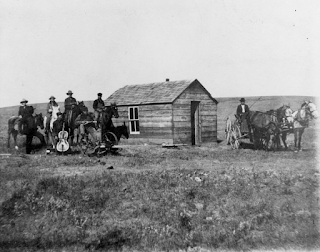 Require the Federal Reserve to distinguish between “productive” and “non-productive” uses of credit, by providing interest-free money to expand bank credit to enable every American to become an owner of a viable accumulation of new income-producing assets. This would reduce America’s dependency on past savings, corporate retained earnings, or foreign government wealth funds advantaged by America’s growing trade imbalances.
Require the Federal Reserve System to supply sufficient money and credit through local banks to meet the liquidity and broadened ownership needs of an expanding market-disciplined economy. Such “Fed monetized” loans would be subject to appropriate feasibility standards administered by the banks and limited only by the goal of maintaining a stable value for the dollar.
Unsound uses of credit, such as the speculative credit that created subprime home mortgages and the global financial meltdown, would be financed from the accumulations of those wealthy Americans and foreigners who could afford the risks.
Democratize Ownership of the Federal Reserve
Provide every citizen a single, lifetime, non-transferable voting share in the nation’s central bank and in one of the 12 regional Federal Reserve banks. This will ensure that the Fed’s board of governors is broadly representative of all groups affected by Fed policy, and that power over future money creation is spread widely among all citizens.
#30#
Posted by Michael D. Greaney at 6:00 AM