We rather like the way actor Tom Hanks put it.  We hope President Trump does so well that we’d vote for him for a second term.  That being said, however, it is painfully obvious that if Trump wants to do well, he desperately needs the Just Third Way, both to “Make America Great Again,” and to repair past efforts that, regardless how well-intentioned, didn’t quite make the grade.  So here’s our take on this week’s news items: 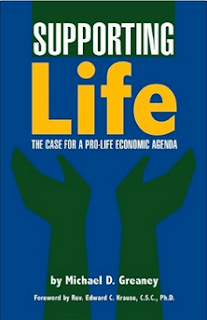 • Today is the annual March for Life, so naturally a number of critics are pointing out that far too many people in the pro-life movement (whom they refer to as “all”) are so focused on ending abortion that they neglect what happens after someone is born.  This is true — up to a point.  To be effective in anything, you must concentrate on the goal you hope to achieve.  To be successful, however, you must also never neglect what comes after you reach your goal.  The American Revolution was successful in large measure because the Founding Fathers had a clear and practical vision of how to structure the new country.  The French Revolution dissolved in chaos and injustice because the only common vision was to get rid of the old regime.  In the Just Third Way, we believe that the best way for the pro-life movement to be successful is to make the pro-choice people an offer they can’t refuse: a pro-life economic agenda that benefits everybody, such as is outlined in Supporting Life: The Case for a Pro-Life Economic Agenda (2010).
• Just a comment on the tactics of the pro-life movement.  The U.S. Supreme Court is the right target . . . but they’re going after the wrong case.  What made the 1973 Roe v. Wade decision possible was the 1873 Slaughterhouse Cases opinion that effectively nullified the Fourteenth Amendment and reaffirmed the Dred Scott decision that shifted the source of rights from actual human beings, to the State.  Overturn Roe v. Wade, and it wouldn’t be long before someone came up with another situation to test the situation, whereupon the Court would tacitly reaffirm Roe v. Wade on some specious grounds derived from the opinion in Slaughterhouse, which constitutional scholar William Winslow Crosskey noted gave the Supreme Court power to make the Fourteenth Amendment mean anything they wanted. 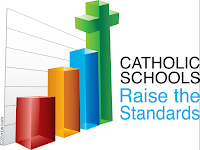 • Next week is National Catholic Schools Week.  While CESJ is not a religious organization, we’d like to take this opportunity to support choice in education on two grounds.  One, parents have both the right and the duty to educate their children as they see fit, within some very broad parameters.  Education is a domestic right, not a civil right.  The State may set minimum standards, and provide schools as an expedient or backup to parental efforts, but never usurp parental authority.  Two, all monopolies are bad, but two are particularly insidious: a State monopoly over money creation, and a State monopoly over education.  By the former, the State controls the life’s blood of the economy.  By the latter, the State controls the life’s blood of society. 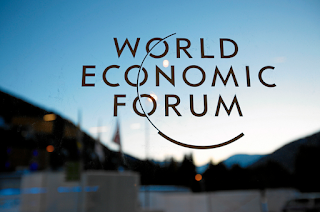 • Members of the CESJ network have been doing yeoman service in reaching out to gatekeepers and door-openers.  In just the last month, a number of letters, phone calls, and emails have gone to some highly placed Catholic officials in Europe regarding promotion of Just Third Way.  There has been some correspondence with a cardinal in Latin America as well, and material was placed with journalists at the World Economic Forum that just took place in Davos, Switzerland (and on which we commented on this blog).  There have been discussions about arranging for Norm Kurland to have a talk with former president Obama, and efforts to get Norm together with President Trump.  There has, of course, been continuing outreach to the media, including the editor of a popular news magazine (obviously we can’t name him or her because that would kill any chance of coverage or PR).  One particularly effective outreach effort is the Perth (Australia) Herald-Tribune, which has been publishing a significant number of Just Third Way articles.
• CESJ’s latest book (makes a great pre-Easter gift . . . obviously), Easter Witness: From Broken Dream to a New Vision for Ireland, is available from Amazon and Barnes and Noble, as well as by special order from many “regular” bookstores.  The book can also be ordered in bulk, which we define as ten copies or more of the same title, at a 20% discount.  A full case is twenty-six copies, and non-institutional/non-vendor purchasers get a 20% discount off the $20 cover price on wholesale lots ($416/case).  Shipping is extra.  Send enquiries to publications@cesj.org.  An additional discount may be available for institutions such as schools, clubs, and other organizations as well as retailers.
• Here’s the usual announcement about the Amazon Smile program, albeit moved to the bottom of the page so you don’t get tired of seeing it.  To participate in the Amazon Smile program for CESJ, go to https://smile.amazon.com/.  Next, sign in to your account.  (If you don’t have an account with Amazon, you can create one by clicking on the tiny little link below the “Sign in using our secure server” button.)  Once you have signed into your account, you need to select CESJ as your charity — and you have to be careful to do it exactly this way: in the space provided for “Or select your own charitable organization” type “Center for Economic and Social Justice Arlington.”  If you type anything else, you will either get no results or more than you want to sift through.  Once you’ve typed (or copied and pasted) “Center for Economic and Social Justice Arlington” into the space provided, hit “Select” — and you will be taken to the Amazon shopping site, all ready to go.
• We have had visitors from 57 different countries and 50 states and provinces in the United States and Canada to this blog over the past two months. Most visitors are from the United States, the United Kingdom, Australia, Nigeria, and Canada. The most popular postings this past week in descending order were “News from the Network, Vol. 10, No. 01,” “The Anti-Francis Effect, I: Leo & Francis,” “The Anti-Francis Effect, II: Leo’s Vision,” “The Problem of Wealth, II: The Capitalist Solution,”  and “The Problem of Wealth, IV: The Just Third Way Solution.”
Those are the happenings for this week, at least those that we know about.  If you have an accomplishment that you think should be listed, send us a note about it at mgreaney [at] cesj [dot] org, and we’ll see that it gets into the next “issue.”  If you have a short (250-400 word) comment on a specific posting, please enter your comments in the blog — do not send them to us to post for you.  All comments are moderated, so we’ll see it before it goes up.
#30#
Posted by Michael D. Greaney at 9:55 AM