Crisis of Reason, I: What’s the Problem?

“It’s almost a crisis of faith,” according to Dr. Mark Gray, a senior research associate at the Center for Applied Research in the Apostolate (CARA) at Georgetown University.  “It” is a massive migration of people out of the Catholic Church at an early age, mostly between the ages of ten and seventeen.  Most attribute their loss of faith vaguely to the alleged conflict between faith and reason.
At least, that’s the story according to an article republished December 17, 2016 on the Catholic News Agency website.  The article by Matt Hadro, with the less-than-snappy title, “Why Catholics are Leaving the Faith by Age 10 — And What Parents Can Do About It,” was originally published September 5, 2016.
Why is this a matter of concern to the Just Third Way?  After all, the JTW movement has no official — or unofficial — religious affiliation.  The Core Values and the Code of Ethics of the Center for Economic and Social Justice (CESJ) acknowledge God and the natural law, which can be known “by the force and light of human reason alone,” but that’s as far as it toes.  Anything else gets into the realm of faith, which is none of CESJ’s business . . . as long as what is held by faith does not contradict what is proved by reason.
The fact is, organized religion is an important institution in society.  It is the primary source for what is taught as “virtue” — which signifies “human-ness.”  If organized religion fails in this, then the vacuum will be filled by parents (fine if they have a solid moral foundation . . . otherwise . . .), or — more often — the State . . . and the State doesn’t care what’s right or wrong, only what benefits those who control the State.
Of course, if capital ownership — and thus political power — is widespread, this is not much of a problem.  If, however, ownership is concentrated in a private sector élite (capitalism) or a State bureaucracy (socialism), serious problems are going to crop up. . . .
. . . like people leaving the practice of their faith at an early age. . . . 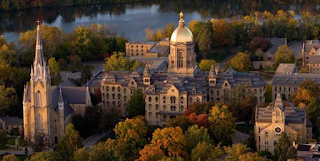 So, what does the author think will keep Catholics (and others) from leaving their religion, and slipping into a vague “scientism”?  Or, at least, what does the authority the author cites (actually the authority the authority cites . . . it gets complicated), Christian Smith, a professor of sociology at the University of Notre Dame, give as the ways to increase “retention”?  There are three:
·      A weekly activity that focuses on matters of faith, such as catechesis, Bible/Quran/Torah study, or youth group;
·      Non-parental adults with whom they can talk about the faith; and
·      They have deep spiritual experiences.
Now, all of these are doubtless good things, regardless of your religion, although we’re not exactly sure how to ensure that people have deep spiritual experiences or even what they are, specifically.  They reinforce what is said (and, hopefully, done) in the home, church/mosque/synagogue, and school.
The problem is that such things, meritorious as they are, do not address the real problem.  It’s not a crisis of faith that’s bringing things down, it’s a crisis of reason.
How’s that?
Yes, the article clearly states that people have to approach such things by acknowledging that both science and religion are true.  Faith and reason are both necessary.
It’s not made clear, however, that faith is necessarily established on a foundation of reason.  It’s not that the truths of science and the truths of religion are the same truths — but they are both as true, and true in the same way, as everything else that is true.  That is the first principle of reason, and it applies equally to science and to religion.
Many people today, however, assume that faith applies to religion, and reason applies to science, and don’t go mixing the two.  Nevertheless, the scientismist (to coin a term for someone who accepts “science” on faith thinking it’s reason) and the fideist (someone who accepts the truths of religion on faith alone with no reference to reason) are both wrong, and — although they seem to be saying opposite things — are wrong in the same way about the same thing.
As Pope Pius IX tried to make clear in 1846 in Qui Pluribus, his first encyclical, faith and reason go together.  Faith and reason are not in opposition, but complementary.  Reason gives us true and certain knowledge about the things of this world.  Faith completes and fulfills reason by giving us true and certain knowledge about the things of the next world.
#30#
Posted by Michael D. Greaney at 6:00 AM