The New Year is off to a good start, as you can see from this week’s news items.  They illustrate the importance of outreach — and persistence (as well as persistence and persistence, the first, second, and third keys to gaining acceptance of revolutionary new ideas):
• Martin Smith has been making great strides in the Commonwealth of Kentucky with a project that has the potential not only to deal with an invasive species that is seriously harming the ecosystem, but do so in a way that turns a profit instead of costing the taxpayers.  Best of all, the pilot program will create approximately two hundred new owners of a start-up company that has a ready market for its products.
• This blog has experienced explosive growth in readership over the past week, on the order of 2,500%  We attribute this to the postings on “The Anti-Francis Effect” and “The American Chesterton” from last year, which suddenly came to the notice of a number of interested groups.  We hope, of course, that these new readers and many others will not only continue to read the daily blog postings, but be inspired to share them throughout their networks in the social media.
• Speaking of “the American Chesterton” — as Fulton Sheen was called — yesterday we received a rare copy of Sheen’s 1943 book, Philosophies at War.  We’ve only had a chance to read a quarter of it, but it looks very good, and supports the Just Third Way (as expected).  Of course, the book has the same general theme as everything else Sheen wrote, i.e., only a return to a sound philosophy that puts God at the center instead of Collective Man, something that speaks to people of all faiths, has the potential to save the world from moral relativism and totalitarianism.  This is found in Freedom Under God as well, especially in the Just Third Way Edition. 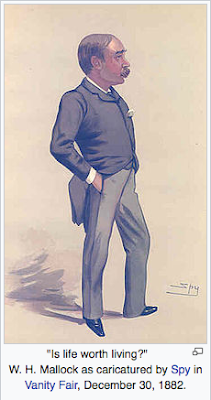 • Speaking of Sheen, completely by chance we discovered where he got the title of his famous television show, Life Is Worth Living, that ran from 1952 to 1957.  Sheen was a student of Msgr. Ronald Arbuthnott Knox (1888-1957), the noted English convert, mystery novelist, and friend of G.K. Chesterton.  Msgr. Knox was a fan of the work of the Anglican apologist and economist William Hurrell Mallock (1849-1923), author of a book titled, Is Life Worth Living? (1880).  Mallock answered “yes” and then gave his reasons.  Sheen simply assumed the answer was “yes” and told you why in each episode.
• Mallock’s most famous work was a novel, The New Republic (1877), in which he skewered the moral relativism and confusion of his day.  Unfortunately, Mallock fictionalized actual people and their opinions and attitudes, and few readers today recognize any of the models.  Since the entire novel is a series of conversations with virtually no action, it makes for boring reading, and is incomprehensible without extensive annotation.  Knox, who was familiar with all of the originals and personally acquainted with some of them thought the novel one of the best ever written, rereading it many times, and spending a great deal of time shortly before his death meditating on it.
• CESJ’s latest book (makes a great post-Christmas gift), Easter Witness: From Broken Dream to a New Vision for Ireland, is available from Amazon and Barnes and Noble, as well as by special order from many “regular” bookstores.  The book can also be ordered in bulk, which we define as ten copies or more of the same title, at a 20% discount.  A full case is twenty-six copies, and non-institutional/non-vendor purchasers get a 20% discount off the $20 cover price on wholesale lots ($416/case).  Shipping is extra.  Send enquiries to publications@cesj.org.  An additional discount may be available for institutions such as schools, clubs, and other organizations as well as retailers. 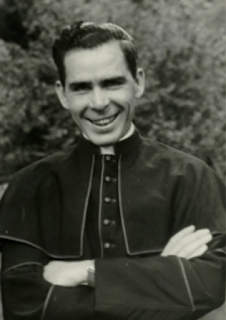 • Here’s the usual announcement about the Amazon Smile program, albeit moved to the bottom of the page so you don’t get tired of seeing it.  To participate in the Amazon Smile program for CESJ, go to https://smile.amazon.com/.  Next, sign in to your account.  (If you don’t have an account with Amazon, you can create one by clicking on the tiny little link below the “Sign in using our secure server” button.)  Once you have signed into your account, you need to select CESJ as your charity — and you have to be careful to do it exactly this way: in the space provided for “Or select your own charitable organization” type “Center for Economic and Social Justice Arlington.”  If you type anything else, you will either get no results or more than you want to sift through.  Once you’ve typed (or copied and pasted) “Center for Economic and Social Justice Arlington” into the space provided, hit “Select” — and you will be taken to the Amazon shopping site, all ready to go.
• After much trauma, we finally fixed the problem with Google Analytics, but lost five days of data (horrors).  Allowing for that, we have had visitors from 49 different countries and 56 states and provinces in the United States and Canada to this blog over the past two months. Most visitors are from the United States, the United Kingdom, Canada, India, and Nigeria. The most popular postings this past week in descending order were “News from the Network, Vol. 10, No. 01,” “The Anti-Francis Effect, I: Leo & Francis,” “The Anti-Francis Effect, II: Leo’s Vision,” “Thomas Hobbes on Private Property,” and “A Dishonest Way to Argue, I: Apples and Oranges.”
Those are the happenings for this week, at least those that we know about.  If you have an accomplishment that you think should be listed, send us a note about it at mgreaney [at] cesj [dot] org, and we’ll see that it gets into the next “issue.”  If you have a short (250-400 word) comment on a specific posting, please enter your comments in the blog — do not send them to us to post for you.  All comments are moderated, so we’ll see it before it goes up.
#30#
Posted by Michael D. Greaney at 11:11 AM