Crisis of Reason, II: Why is This Important?

Yesterday we looked at the problem that the Catholic Church (and other faiths) are having retaining young people.  It’s not that they’re converting to other religions or denominations.  They’re just sort of drifting away from religion altogether, some of them persuading themselves that they are “spiritual, but not religious” (whatever that means), others just not wanting to bother with all that jazz. 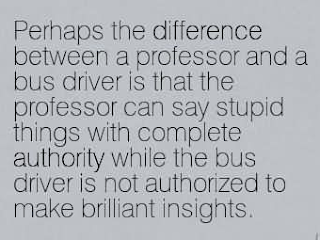 The underlying problem for all faiths as we see it is that most people, especially young people, have a streak of honesty.  Modern culture tells them that you must accept faith even though it contradicts reason, or accept reason even though it violates basic religious precepts.
Seeing a contradiction, most people will simply walk away from it.  Modern Academia encourages this by not teaching people how to think and thereby enable them to resolve presumed conflicts.  No, what people learn in school these days is unthinking obedience to a faith-based or a reason-based paradigm, with no reconciliation possible.
But is that rational?
No.
Both faith and reason are as true as the other, and true in the same way.  There is therefore no possibility of a contradiction.  If an apparent contradiction surfaces, it cannot be dismissed, especially with a flip “science has proved” or “the Bible says.”
No, any and all contradictions must be resolved, or the system, whether science or religion, falls apart.  Nothing can incorporate a contradiction and be in conformity with reality.  If nature abhors a vacuum, it loathes a contradiction.
To take an example from religion, a common aphorism in most religions (albeit expressed in different ways) is that “With God, all things are possible.”  Some anti-theists assert this as proof that God cannot exist, for there are things that are simply nonsense, e.g., “If God can do anything, can He make a weight so heavy He can’t lift it?”
At the same time, some pro-theists will claim that just proves God exists, because — obviously — “all things” include contradictions.  Therefore, if God can do anything, God can contradict Himself.  You just don’t have enough faith if you don’t accept it.
Things like this are why the Catholic Church insists that faith must be based on reason.  Anyone who understands the first principle of reason will immediately interpret the aphorism that all things are possible with God to mean that all possible things are possible with God.
Why?  Because to say that the impossible is possible is to state a contradiction.
And that is important . . . why?
Because “God” is by definition a perfect Being.  Perfection cannot encompass a contradiction, because a contradiction is an imperfection.  You cannot have an imperfect perfection, any more than you can have a true falsehood.  It is a contradiction in terms, and therefore cannot exist.
That which does not exist is not a thing.  It is a “not-thing,” i.e., nothing.  Yes, all things are possible with God, but no nothing is possible.  If God could be both God and not-God at the same time, He would by definition not be God.
By now your head is probably spinning — as it should, if you have never been taught how to think logically and accept the first principle of reason.  Accepting that, you will instantly see the flaw in all the arguments that people use to convince themselves that religion doesn’t make sense and God doesn’t exist.
And the flaw?  The inability to admit that a statement or belief can be true, false . . . or just plain nonsense.  All contradictions fall into the category of nonsense, and should be dismissed without further consideration.
For example, take the standard atheist claim that science has proved God does not exist.  Anyone who has been trained in the basics of reason — and the age of reason is a lot younger than many people think — could run a freight train through that statement.

Don’t get sucked into a discussion of proofs.  No, the issue is much more basic, and you don’t have to know any “science” other than basic logic, that is, the first principle of reason.  The statement that science has proved God does not exist can be refuted in seconds by a six year old.
How?  By pointing out that you can’t prove the existence of non-existence.  It’s a contradiction in terms.  It’s on the same level as “Everything I say is a lie” . . . or “If God can do anything, He can make a weight so heavy He can’t lift it.”
All these statements are inherently contradictory, and even a six year old — once he or she realizes the trick that’s being played — will make a rude noise and walk (or run) away from the discussion.
The bottom line?  There can be no crisis of faith without a crisis of reason.
#30#
Posted by Michael D. Greaney at 6:00 AM