The World Economic Forum starts today in Davos, Switzerland, and will go through Friday, January 20, Inauguration Day in the United States.   The Forum, which describes itself as being a unique advocate for public-private partnerships, has been meeting since 1971.
On the agenda for this year are a number of goals intended to alleviate poverty through job creation and retraining (which they call “reskilling”) people to qualify for the new jobs.  Specifically,
In Europe and Eurasia 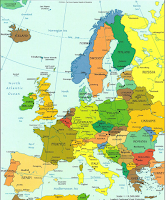 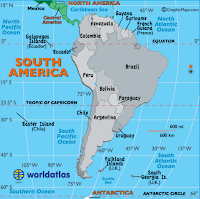 Columbian President Juan Manuel Santos will receive the Forum’s Global Statesman Award for his efforts to end the civil war in his country, thereby providing a proper environment within which new jobs can be created and people trained to fill them.

·      The launch of the Mercosur-ESTA trade negotiations will begin discussions on regional integration to coordinate job creation and the training of workers to fill them.
·      Rodrigo Janot, Prosecutor General of Brazil, will talk about the need to fight corruption to create jobs and train people for them.
East Asia 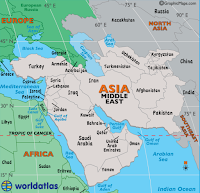 The Middle East and North Africa
·      Leaders will talk about the “New Vision for Arab Employment Project,” designed to create new jobs and train workers to fill them.
·      The Forum and the International Finance Corporation will talk about job creation for youth and training youths to fill them.
·      Formal and Informal talks will focus on Syria and the Israel-Palestinian situations and the need to create jobs and train people to fill them.
·      Forum communities will launch a new initiative, Accelerating Economic Reforms in the Middle East and North Africa to talk about job creation and training workers to fill them.
What you won’t hear:
·      Discussions on how to reform the global money and credit system to provide a stable, uniform, elastic, asset-backed money supply to enable people without capital ownership to become capital owners through the purchase of self-liquidating assets, and enjoy the fruits of ownership without their property rights being eroded by inflation or depreciated by government issuance of increasing amounts of debt.
·      Discussions on how to reform the world’s tax systems to encourage widespread capital ownership, and give tax-deferred status to any income used to purchase self-liquidating assets up to a level of capital self-sufficiency.
·      Discussions on how to implement the Three Principles of Economic Justice, 1) Participative Justice, 2) Distributive Justice, and 3) Social Justice.
·      Discussions on achieving the Four Pillars of a Just Market Economy, 1) A limited economic role for the State, 2) Free and open markets as the best means of determining just wages, just prices, and just profits, 3) Restoration of the rights of private property, particularly corporate equity, and — what nobody is talking about — 4) Expanded capital ownership, something listed in the UN’s Universal Declaration of Human Rights.
No, all you will hear are discussions that ultimately boil down to the presumed need to create jobs and train workers to fill them . . . which isn’t really all that helpful in a world in which technology is taking over more and more of the burden of producing marketable goods and services.  People already own their labor.  What they need to own is capital.
#30#
Posted by Michael D. Greaney at 6:00 AM