As we saw in the previous posting on this subject, an idea to develop Puerto Rico in the 1970s using the Proprietary Fund for Puerto Rico went nowhere, possibly due to the influence of the eminent economist Dr. Paul Samuelson.  That does not mean, however, that something still can’t be done — despite the fact that the Commonwealth is in much worse shape today than in the 1970s. 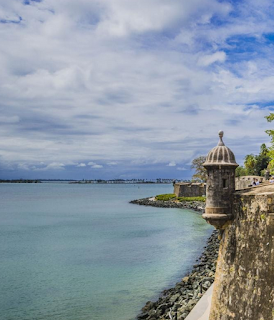 Puerto Rico, once a thriving economy, has fallen on hard times.  Battered by three hurricanes in three years and an “earthquake swarm,” the island’s economy has been completely devastated, and called “the Greece of the Caribbean.”

As a global commercial hub developed to take advantage of modern financial technologies, the benefits of widespread capital ownership, and up-to-date sea and air transport, especially as a transshipment center, Puerto Rico could, within five to ten years, become a major player in the global marketplace and a model for economic development for both developing and developed countries and regions. 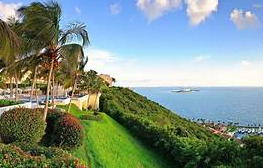 What, specifically, are the major problems afflicting Puerto Rico?  In general, the island has gone from a regional model economy following the Second World War and up through 2004, to what can only be described as an economic disaster today.  What seems to have started the downward slide was the departure of the U.S. military, a major employer that also controlled approximately 17% of the island’s territory with its installations.

Modern methods of warfare have diminished Puerto Rico’s strategic importance at the opening of the Caribbean.  Ironically, it was Puerto Rico’s strategic military location that kept it from being developed economically up to its potential.  At the same time, the island’s strategic location can be even more important for global trade.  Unfortunately, when the military left, no effort was made to build economic power into the ordinary citizen of Puerto Rico to replace the loss of the military presence.  Other problems developed in rapid succession. 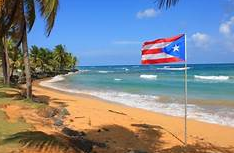 The island began accumulating debt as the government sought to maintain the economy with government spending to replace what the military formerly spent.  Congress failed to renew favorable tax treatment for U.S. companies doing business in Puerto Rico.  The 2008 financial meltdown hit Puerto Rico particularly hard as the island had not enjoyed even the temporary benefits of the real estate bubble.  The Port Authority, the major project intended to replace the military presence, was losing an average of $10 million every year.  Finally, many of Puerto Rico’s “brightest and best” went to the mainland to find work, and the credit rating for government debt plunged. 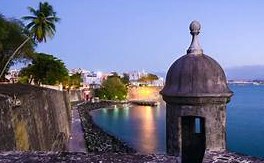 As if to make certain that Puerto Rico appeared to have absolutely no chance of recovery, two devastating hurricanes, Irma and Maria, hit the island in 2017.  Even before any real reconstruction could take place, Hurricane Dorian struck in 2019 . . . followed in December 2019 and January 2020 by a series of earthquakes described as a “swarm.”  What the economic downturn hadn’t done was finished off by the natural disasters.

San Juan, the capital of Puerto Rico, was flooded and many buildings lost their roofs.  La Perla, the low-income district, was almost completely destroyed.  The Cataña district suffered heavy damage while four-fifths of Juana Matos was destroyed.  Flash floods at the town of Toa Baja trapped thousands of people, with water reaching up to fifteen feet deep in some areas.

Thousands of houses were damaged and the entire power grid was destroyed.  Communication networks were knocked out across the island, for example, 95% of cell networks were down as forty-eight of Puerto Rico’s networks became completely inoperable, 85% of telephone and internet cables were gone, and only one radio station, WAPA, stayed on the air.

Weather radar was completely destroyed.  Many factories closed, causing a serious medical supply shortage in the U.S., as the island was a major source of bags for blood and plasma.  It is estimated there was $90 billion in damage, with 80% of agriculture destroyed; agricultural losses alone were estimated at $780 million.

And then?  We’ll take a look at that in the next posting on this subject.