The Proprietary Fund for Puerto Rico

As we hinted in the previous posting on this subject, the ideas of money, credit, banking, and finance are mere theories, but have practical applications in what we loosely term “the real world.”  One of the more interesting of these is the might-have-been of “the Proprietary Fund for Puerto Rico.” 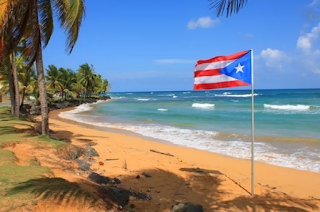 Admittedly, the proposal was far from adequate as it stood, but not because the concept itself is unworkable, as certain Nobel Laureate economists tried to claim.  No, it’s because it didn’t go far enough, and was essentially tokenistic.  That, however, can easily be fixed simply by implementing the Economic Democracy Act for Puerto Rico, instead of half-measures or no measures.

So, what was the original proposal that we think could be greatly improved on?

On June 8, 1972, Senator Fred R. Harris of Oklahoma had certain previously published comments by Nobel Laureate Dr. Paul Samuelson inserted into the Congressional Record. This was in support then-Governor Luis Antonio Ferré of Puerto Rico’s proposal to create the “Proprietary Fund” that would assist the people of Puerto Rico in becoming owners of corporate equity.

The Ferré proposal soon gave rise to an exchange of views between noted economist Paul Samuelson and Kelso. Although the exchange is perhaps more polemical than a real examination of the problem would require, it is instructive.

In the case of Samuelson, despite hard points which Kelso must answer, we see again the unwillingness to face up to the problem of the distribution of wealth. Nowhere in Professor Samuelson’s contribution is there any concern expressed over the extremes in wealth ownership on the island of Puerto Rico.

In the case of Kelso, whatever we may think of his recommendations, we have a man who at least is talking about an important problem. I am not judging his scheme one way or another. Neither man goes into sufficient detail for an outsider to judge the logical rather than the polemical face of the argument. Nevertheless, I rather feel Kelso won the exchange and for this reason. If his scheme is economically faulty as Samuelson suggests, then I agree with a point Kelso has made repeatedly, namely that the more established economists should come forward with a scheme which is not faulty. For the problem of such gross disparities in ownership is a real one. It will not go away because our more established economists ignore it. (Congressional Record — Senate, June 8, 1972, S 9053.)

On reading Dr. Samuelson’s remarks after the passage of nearly four decades and the repeated failure of the Keynesian economics to which the Nobel Laureate devoted his entire career, the objective reader is struck by one thing, as was, apparently, Senator Harris. Whether or not one happens to be an economic “insider,” there appears to be a profound lack of substance in Samuelson’s arguments. As seems to have been habitual with Dr. Samuelson, he relied exclusively on appeals to authority, elitism, and innuendo.

For example, at one point Dr. Samuelson claimed that “it would be rash” for low-income families to become capital owners by borrowing money and repaying the acquisition loan out of the profits generated by the capital itself. Financial feasibility of this type is the first principle of corporate finance, or how the rich have always become richer.

Dr. Samuelson, however, claimed that the first principle of sound finance is not financial feasibility — that is, whether capital can pay for itself — but that “families at low income levels must not invest so heavily as more affluent families in venture equities.” (Ibid.) In other words, in Dr. Samuelson’s understanding of finance, the most important thing is that poor families must not be permitted to lift themselves out of poverty through access to the means of acquiring and possessing private property in the means of production.

Besides, who said anything about poor people investing in “venture equities”? The “Kelso Plan” was to provide a means whereby ordinary workers could purchase shares in the companies that employed them on credit without the use of existing accumulations of savings. Nothing was ever said about poor people putting their non-existent savings into “venture equities” in untried startup companies. Very much the contrary — Kelso’s idea was that workers would be empowered to purchase on credit the tools with which they worked to gain a living income, not gamble in high risk IPOs or speculative equity issues on Wall Street.

Nor is a “first principle of sound finance that families at low income levels must not invest so heavily as more affluent families,” anyway. According to financial historian Benjamin Anderson, “The first principle of commercial banking [is] to know ‘the difference between a bill of exchange and a mortgage’.” (Benjamin M. Anderson, Economics and the Public Welfare: A Financial and Economic History of the United States, 1914-1946. Indianapolis, Indiana: Liberty Fund, Inc., 1980, 233.)

That is, the first principle of finance is to know the difference between a financial instrument drawn on the present value of future marketable goods and services, and a financial instrument drawn on existing goods. Others declare that the first principle of finance is that whatever capital is purchased must pay for itself out of its future earnings: “financial feasibility,” or employing a “cost/benefit analysis.” (See Sukhamoy Chakravarty, “Cost-Benefit Analysis,” The New Palgrave: A Dictionary of Economics, Vol. 1. New York: W. W. Norton, 1989, 687-690.) These are, frankly, just two different ways of saying the same thing: that capital should pay for itself out of its own future earnings.

The “dangers” of low-income people purchasing the tools with which they work and by means of which they earn their incomes on credit without using existing savings do not appear to be mentioned in financial literature. Dr. Samuelson seems to have tailored the declaration out of whole cloth. The bottom line, however, is Dr. Samuelson’s implicit assumption that capital formation cannot be financed except through the use of existing accumulations of savings, that is, by cutting consumption. Naturally, poor families cannot save without extreme hardship. This assumption (disproved by Dr. Harold G. Moulton in his landmark treatise, The Formation of Capital) pervaded Dr. Samuelson’s testimony.

Nor was that Dr. Samuelson’s only error, as we will see in the next posting on this subject.