Something Wild and Crazy

Given that virtually the whole of the global media are focused today on the outcome of the as-of-this-writing undecided U.S. presidential election, we thought we’d do something so wild and crazy that everybody will want to read it.  And contribute their lives, fortunes, and their sacred honor to promoting the Just Third Way of Economic Personalism. 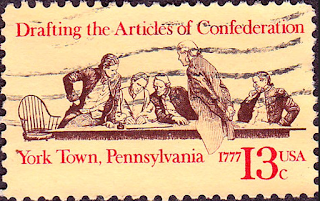 Think about if for a moment.  Why is everyone (by which we mean people making the most noise, not necessarily all, or even the majority) making such a big fuss about who is president?  When push comes to shove, the office of president wasn’t even in the original plan of the United States as laid out in the Articles of Confederation.  Nor were there any courts provided for by the central government.

It’s a supreme irony that under the Articles of Confederation the only central governmental body was Congress.  The Constitution was put in place to strengthen Congress, not to set up rivals in the form of the Executive Branch headed by the president and the Judicial Branch, headed by the Supreme Court. 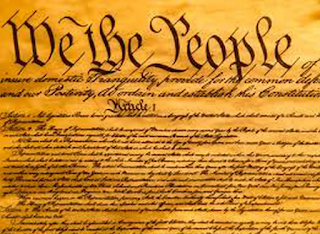 Just as the name implies, the sole function of the Executive Branch is to carry out and administer or “execute” the orders of Congress, while the Judicial Branch is only supposed to review the orders of Congress to ensure that they are in conformity with the Constitution.  Neither the President nor the Supreme Court are supposed to be creating law or rewriting the Constitution.

So how did the present situation evolve?  In a single word: slavery.

When the Framers of the Constitution met and decided (finally) on the final document (with provision for amendment if something was unclear or something came up that the Framers hadn’t anticipated), the general sense was that slavery was on the way out.  Although the rearguard action by politically powerful pro-slavery forces was fierce, anti-slavery advocates managed to get two key provisions into the document. 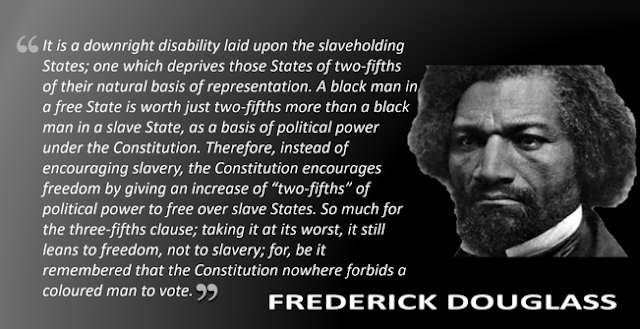 The first, which strikes us today as more than a little disgusting, was actually a significant victory: “the Great Compromise.”  This recognized slaves as three-fifths of a person for the purposes of apportionment, that is, counting the population to determine how many seats in Congress each state got and how direct taxes were to be levied.

Three-fifths was more than half, which was very difficult for the slave holding states to accept, as it implied that even for mere counting of bodies a slave was more human than not.  Only the fact that political power in the form of seats in Congress went along with it made the Great Compromise in any degree acceptable.

Had pro-slavery forces known what was coming, of course, they would have refused even to recognize slaves as people to any degree.  As it was, however, everyone thought slavery was in its final days.  The compromise was believed essential in order to ensure that the political power of the United States remained in the South — which it did, for the next seventy years. 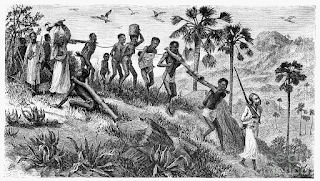 The second provision was in some respects easier to get although — again — if the pro-slavery forces had known what was about to happen they would have fought it tooth and nail.  That was the phasing out of the slave trade.  After a sunset date, no new slaves could be imported.  In 1789, with the economic importance of slavery apparently fading away, this was an annoyance to slave owners, but nothing really to worry about.  Natural increase would take care of any need for new slaves without importing any new ones. 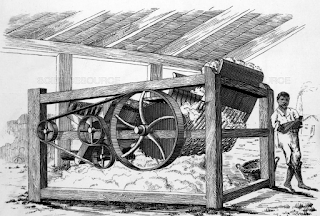 The cotton gin.  Suddenly cotton changed from a luxury good requiring labor intensive processing (it took a slave half a day to pick the seeds out of a pound of cotton by hand) to the world’s miracle fiber.  Instead of a plantation processing a few pounds of cotton a day, it could process hundreds of pounds, then as the technology advanced, tons.

For the first time in human history inexpensive cloth of good quality was affordable by all but the very poorest of the poor.  Even the poorest no longer had to be satisfied with absolute rags — if that — but had decent secondhand clothing available at very low cost or even provided as charity.  Poverty and nakedness were no longer synonymous.  From 1803 to 1937, almost a century and a half, cotton was the single largest export every year from the United States.

Combined with the relatively new spinning and weaving machinery that quickly shifted over from wool (on which the fortunes of England had been built for over a thousand years), the cotton gin caused demand for cotton to skyrocket . . . along with the presumed requirement for more and more land and slaves to meet market demand.

Many people just assumed as a given that cultivation and processing of cotton absolutely required slavery.  Since cotton also destroys land if not rotated with other crops (peanuts and clover being the best for restoring the soil), the demand for new land in the west — and the slaves to work it — became the leading political issue of the first half of the nineteenth century.

When in 1855 a former abolitionist-turned-economist by the name of David Christy published Cotton is King, he simply articulated what many people already “knew.”  Christy argued that the economic survival of the United States and the British Empire and supported it with hard facts and figures as well as some rather soft philosophical arguments that resemble those advanced today for socialism and capitalism instead of widespread capital ownership.  As Christy declared, all the while claiming to loathe slavery,

King Cotton cares not whether he employs slaves or freemen.  It is the cotton, not the slaves, upon which his throne is based.  Let freemen do his work as well, and he will not object to the change.  Thus far the experiments in this respect have failed, and they will not soon be renewed. . . . His Majesty, King Cotton, therefore, is forced to continue the employment of his slaves; and, by their toil, is riding on, conquering and to conquer!  He receives no check from the cries of the oppressed, while the citizens of the world are dragging forward his chariot, and shouting aloud his praise!

And this was the environment within which Congress lost so much of its power to the Executive and the Judicial branches of the federal government, which is what we will look at in the next posting on this subject.