With everyone’s attention focused on the U.S. presidential election, we thought we’d provide you with a little non-election news.  We can’t say “non-political,” for in the Aristotelian-Thomist sense, economic and social justice are quintessentially political:

• What Kind of Credit? David Malpass, president of the World Bank Group, is concerned about the debt burden of the world’s poor.  (“To Cope With Covid, the World’s Poor Need Debt Relief,” Wall Street Journal, 11/05/20, A-21.)  Yes, Mr. Malpass should be concerned about debt burdens, and not just of the world’s poor, but of everyone and every country that is saddled with even one cent (or the local equivalent) of non-capital — that is, non-self-liquidating — debt.  The solution is not, however, unqualified cancellation of debt, whether of individuals, business enterprises, or entire nations.  The real issue is how to turn people who have debt they cannot repay into people who have debt they can pay.  The answer, of course, is to make it possible for anyone and everyone to be productive with labor, capital, or both, which means the Economic Democracy Act as soon as possible.

• Economic Relief? An op-ed today’s Washington Post is properly concerned about the amount of (additional) economic relief needed during the current pandemic.  The problem is that the powers-that-be are only talking amounts, not kind of economic relief.  The problem is actually twofold, and is similar to the concern expressed by the president of the World Bank Group (above).  That is, “economic relief” must not consist solely of simply handing out money.  That’s simple redistribution, and doesn’t solve the underlying problem of lack of productive capacity.  Realistic economic relief must take care of meeting people’s needs now, of course, but it must also implement a way for people to become productive with both capital and labor, and that means the Economic Democracy Act. 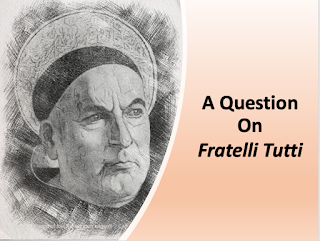 • Don’t Ask Questions?.  “Concerns with Fratelli Tutti,” a recent Sensus Fidelium video raising some questions regarding the presentation of natural law and the right to private property in Pope Francis’s recent encyclical, Fratelli Tutti, met with harsh criticism from some commentators, who seemed to feel that asking a question was tantamount to attacking His Holiness.  Interestingly, the commentators made this claim (and four people gave it the “thumbs down”) before the video aired, assuming that any question about the encyclical, even one from an interfaith perspective requesting clarification, must be “dissent” . . . although it is difficult to understand how a question from outside the Catholic Church qualifies as “dissent,” or how asking for clarification is an “attack.”  The CESJ “Code of Ethics,” in fact, states, “Courage. Overcome fear to test your ideas with others or to raise questions about ideas you don’t fully understand,” and “Inquisitiveness. There may be bad, ignorant or even absurd ideas, but there are no bad, ignorant or absurd questions. Treat every question as a good teacher should, with respect for the person who is seeking to understand the Truth.”  On the plus side, the number of people actually viewing it and liking the video far outnumbered any negative comments. 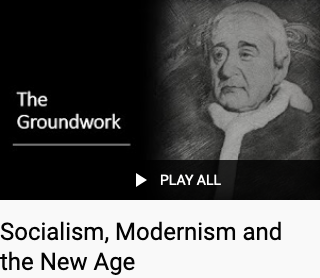 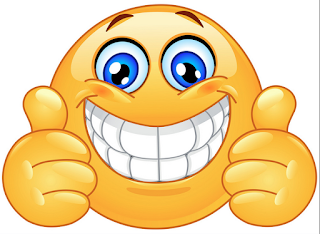 • Blog Readership.  We have had visitors from 32 different countries and 38 states and provinces in the United States and Canada to this blog over the past week. Most visitors are from the United States, the Philippines, India, Nigeria, and Canada.  The most popular postings this past week in descending order were “Some Comments on the Dignity of the Human Person,” “News from the Network, Vol. 13, No. 44,” “Social Justice, IV: The Characteristics of Social Justice,” “JTW Podcast, Socialism, Part 13: Economic Justice (Not Socialism) for All,” and “Something Wild and Crazy.”