Hope for the Future

In the previous posting on this subject, we noted that Puerto Rico hasn’t always been an economic “basket case” by any stretch of the imagination.  A series of natural and manmade events, however, combined to put the Commonwealth in a very bad position.

Fortunately, restoring prosperity to the island can be done by turning it into an international trading hub.  This would involve primarily: 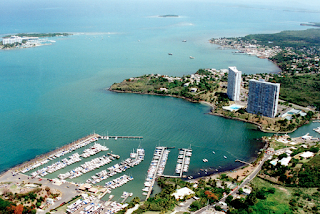 2)   taking full advantage of Puerto Rico’s access to the New York Federal Reserve as the primary source of financing for development of the Ports Authority and businesses relocating to the island as well as the capitalization needs of existing enterprises by rediscounting long term commercial bank paper and engaging in open market operations when needed to finance current commercial activity,

3)   structuring ownership and compensation of the Ports Authority and existing and new enterprises to optimize efficiency and revenue without raising fixed costs,

4)   building economic power to produce and consume into all citizens of Puerto Rico through capital ownership and job creation, restoring the tax base, and

5)   turning Puerto Rico into a global model for economic development that benefits every citizen. 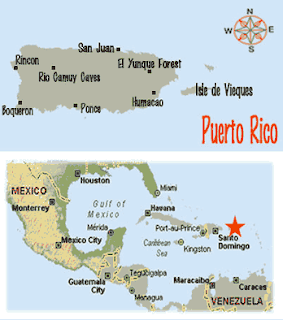 To explain, Puerto Rico is supremely positioned to be one of the wealthiest spots on Earth . . . but only if full advantage is taken of its unique resource.  As they say in real estate, the island’s three most valuable resources are location, location, and location.

As the gateway to the Caribbean, Puerto Rico has direct access by sea to four continents and indirect access to Asia.  Although overshadowed for centuries by its military importance, Puerto Rico’s commercial potential and value as a global transshipment point for international business are incalculable.

Its nine seaports and ten airports (two international) covering the four points of the compass are at present woefully underutilized, given that 90% of global trade goes by sea.  By privatizing the Puerto Rico Ports Authority and broadening the ownership of all businesses in Puerto Rico, people can be productive with both labor and capital, turning the island’s economy completely around.

Following the pandemic, restoring world commerce will be a priority.  As far as possible, it will be to everyone’s advantage to automate the economic process as much as possible throughout the world.  That creates a problem if the workers displaced by automation or other advanced technology do not own the technology that displaces them.

This creates an additional problem if new capital is not financed in ways that create new owners, e.g., the techniques developed by lawyer-economist Louis Orth Kelso for expanding capital ownership without the use of past savings that most people don’t have, anyway.  In more or less practical order (some things may have to be delayed depending on circumstances), the steps to be taken are: 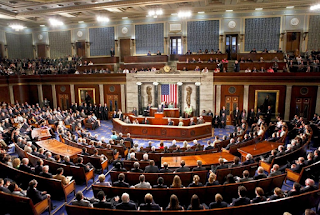 ·      Emergency relief should be given and essential services restored as soon as possible, both for anything still remaining after the storms and earthquakes and as a result of the current pandemic.  This should be done without regard to political considerations.

·      Congress should pass any necessary legislation for Puerto Rico to implement monetary and tax reforms to provide adequate private sector internal financing through the Puerto Rican commercial banking system backed up by the Federal Reserve, and create Puerto Rico a global free trade zone to gain full access to direct trade from North and South America, Europe, and Africa.  A possible prototype to follow, although limited in scope, is the report of the 1986 Presidential Task Force on Project Economic Justice, which proposed a program of expanded capital ownership for Central America and the Caribbean Basin to counter Marxism through the use of Employee Stock Ownership Plans (ESOPs).  The proposal was endorsed by President Ronald Reagan and recommended on a number of occasions by Pope John Paul II.  A “parallel legal system” with the necessary legislation has already been developed and could be implemented simply by Congress authorizing it for any region or industry.

·      Corporate dividends should be tax-deductible at the corporate level, and treated as regular income by the recipient unless used to make debt service payments on capital acquisition loans, whereupon taxes are deferred until the capital is sold.

·      “Qualified financing” should include a provision for expanded capital ownership, first by workers of the enterprises seeking financing, then by every citizen and legal resident.  All loans should be for properly vetted, financially feasible projects, with priority given to modernization and automation.  Instead of standard collateral, borrowers should use capital credit insurance and reinsurance, an insurance product currently used only by a very few enterprises and individuals.  The new money created to finance rebuilding and modernization would thus be backed with private sector hard assets instead of government debt. 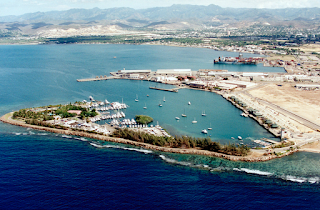 ·      The Puerto Rico Ports Authority and other infrastructure currently owned by the government should be privatized as soon as the situation stabilizes, by making every citizen and legal resident a shareholder, each person receiving a single voting, fully participating, non-transferable, no cost share of the specific authority or enterprise, or of the controlling holding company for infrastructure, and the Ports Authority put on a profitable basis.  This should be possible with reorganization, as Puerto Rico before the disasters lost $10 million per year.  That of New York and New Jersey, with less than twice the trade, made $1 billion in net revenue, a considerable disparity suggesting mismanagement, not lack of business, is the problem.

·      An aggressive program of expanded capital ownership should be undertaken for the island.  Every citizen and legal resident from birth should qualify for a capital accumulation account, a “capital homestead,” to purchase newly issued and otherwise qualified equity shares in Puerto Rico’s commerce, industry, and agriculture.  “Qualified equity shares” would be those that carry the vote and pay out all profits as tax-deductible dividends (with the company financing growth by issuing new qualified shares).  Each “capital homesteader” or his or her parent, guardian, or trustee, would purchase qualified shares on the advice of certified professionals, collateralize the purchase loan with capital credit insurance, and repay the loan when the shares pay dividends, whereupon the “capital homesteader” would use the dividends for consumption income.  According to the National Center for Employee Ownership in Oakland, California, companies that are owned by their own workers, have “participatory management” (i.e., input from workers), and profit sharing are 150% more profitable than otherwise comparable

·      An aggressive program to encourage international commerce, industry, and agriculture should be undertaken.  Many individuals and companies will want to relocate to Puerto Rico given the advantages of its location and access to international markets, but also a free trade zone status.  Still, a “marketing campaign” to inform people, companies, and nations of the advantages should yield positive results and even encourage other countries to follow suit, to the overall advantage of world trade.

This, of course, is only the bare bones of an outline.  You should visit the website of the Center for Economic and Social Justice for more information.